We’ll be waiting awhile before we return to the story of The Mandalorian, but as we wait for the third season to arrive on Disney+, artist Mark Englert has some outstanding new artwork to keep our spirits up.

Inspired by one of the pivotal episodes of the second season of The Mandalorian, this new poster features Mando meeting with Ahsoka Tano as she tests Grogu and his skills with The Force. But following in the footsteps of Mark Englert’s previous Star Wars artwork, the poster also features a glow in the dark layer that reveals another scene from the same episode. Check it out below.

The Mandalorian print features our trio of heroes convening in the woods. Ahsoka is testing Grogu, who was initially hesitant to use his powers in front of the Jedi played by Rosario Dawson. It’s a little hard to see the details since this print is a long one, but here are some close-up shots to give you a better look. 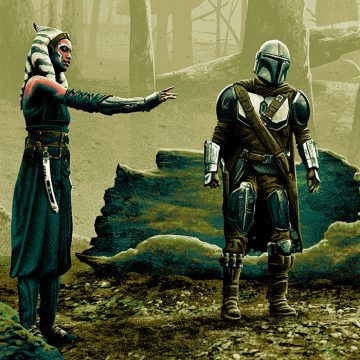 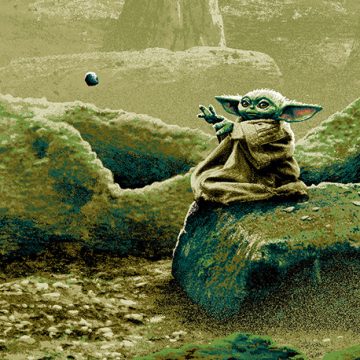 In the background you can also see the Mandalorian’s ship (RIP) parked among the trees, as well as the walled village of Calodan. Along with this important scene from the second season, the artwork also features a hidden glow-in-the-dark layer also takes us behind the walls of the village to reveal the final battle between Ahsoka and the ruthless village ruler Elsbeth.

Here’s a better look at the details of the hidden glow-in-the-dark layer: 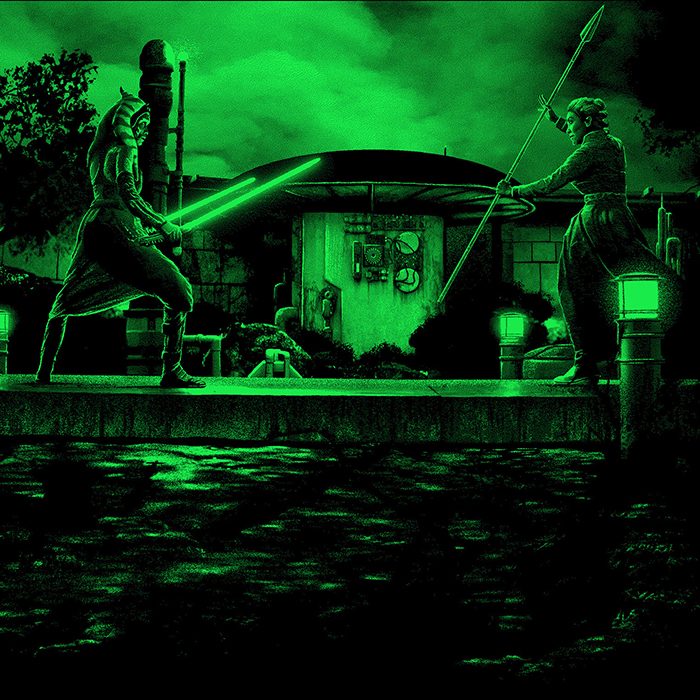 Mark Englert’s The Mandalorian print, titled “There Aren’t Many Jedi Left,” is a timed edition available now at Bottleneck Gallery for $50 plus shipping. It will be on sale through Sunday, February 28 at 11:59 P.M. ET. However many prints are sold, that’s how many will be printed, and it won’t be available for purchase again after that unless you’re scouring the secondhand market.

If you order one of Mark Englert’s The Mandalorian prints, you’ll also have a chance at getting this:

The black and white variant of “There Aren’t Many Jedi Left” has an edition of 75 and will be included in random orders at no extra charge. So grab a print and try your luck.