One thousand years ago, superstition and the sword ruled. It was a time of darkness. It was a world of fear. It was the age of gargoyles. And now it’s the age of Gargoyles action figures, thanks to the magnificent toy makers at NECA.

A new line of Gargoyles action figures is coming from the toy company that has been delivering stellar action figures from Teenage Mutant Ninja Turtles, Gremlins, Back to the Future, Scream, Halloween, and more. Starting off with the Gargoyles leader Goliath, the first figure is extremely detailed, insanely ripped, and it will make Gargoyles fans very happy. 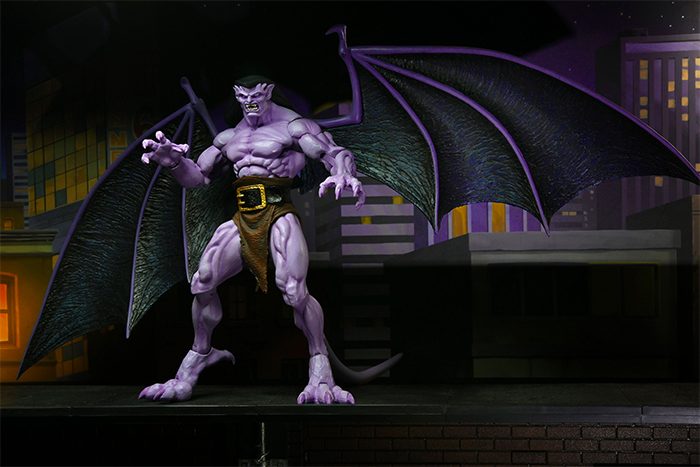 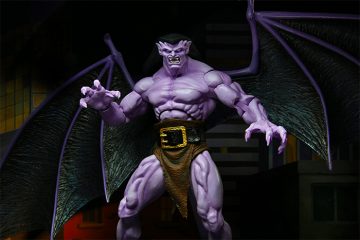 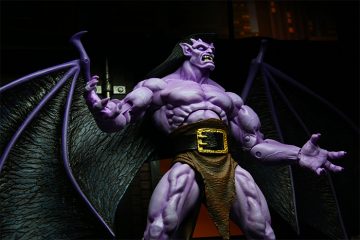 The time of the Gargoyles has come again! Arguably the best gothic cartoon of the 1990s, Gargoyles followed an ancient clan of gargoyles transported to modern-day Manhattan when their Scottish castle is relocated.

Leader Goliath joins the Ultimate line with an appropriately large 8? action figure, with a wingspan of 16 inches! The figure features full articulation, including on wings and tail, and comes with plenty of accessories: wings, jalapeno pepper, book, and interchangeable heads and hands. 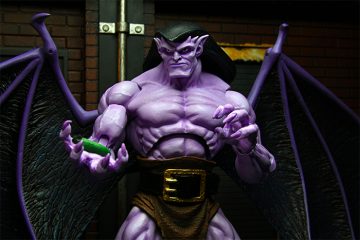 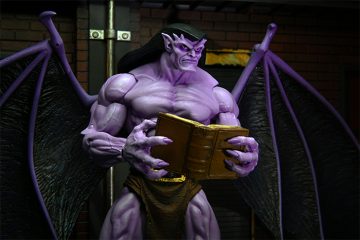 This figure looks absolutely stunning. It brings even more detail to the characters of the animated series that aired on ABC in the mid-1990s. Though some fans might have liked to see figures that look a little more loyal to the animation style of the series, it’s hard to be disappointed, especially when these figures have such a massive wingspan. 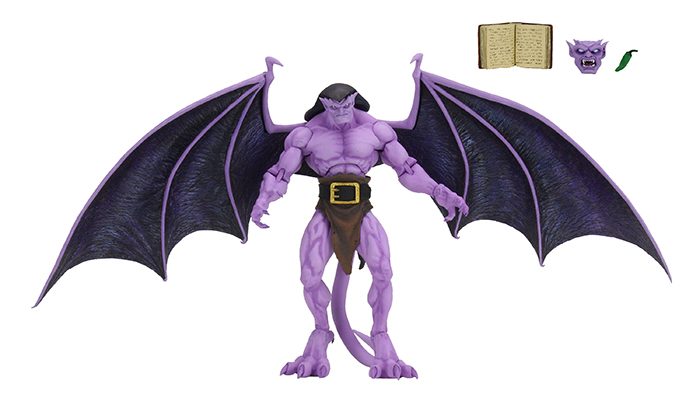 You can pre-order Goliath from NECA’s Gargoyles action figures line for $32.99 at Entertainment Earth, and it’s expected to ship sometime in July. This is just the beginning of the line too, because NECA has confirmed that there are five more figures completed and more in development. The spell is broken! They live again!

‘Slash Film: ‘The Suicide Squad’ Trailer: James Gunn’s Supervillains Are Dying to Save the World’

Kong: Skull Island’s Jordan Vogt-Roberts Is Jumping To Netflix For A Major Blockbuster