As pop culture fanatics, we’ve seen a lot of weird, expensive merchandise inspired by movies and TV shows. But some of the most perplexing collectibles, at least to me, are life-size busts featuring life-like sculpts of famous faces, and this new piece from DAMTOYS inspired by The Godfather is easily one of the most unnerving.

Marlon Brando is immortalized in a tangible form as this life-size bust of his portrayal of Vito Corlone in The Godfather, complete with a fabric partial suit, synthetic hair, and a face made out of medical grade silicone. See The Godfather life-size bust below and think about how it would terrify you in the middle of the night. 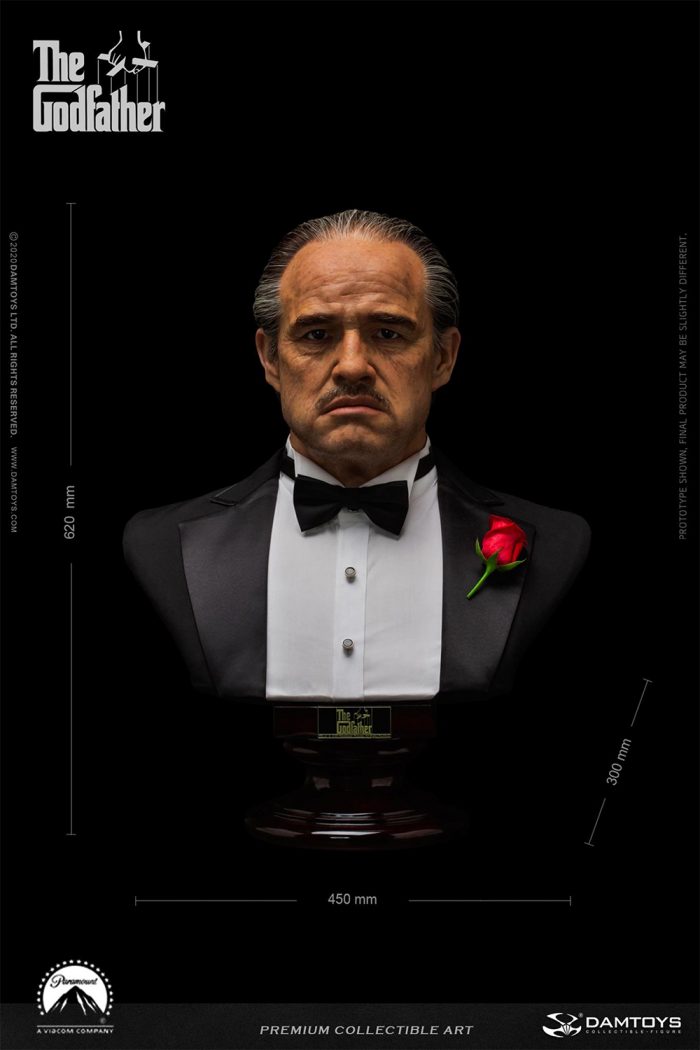 DAMTOYS describers The Godfather bust as being “designed with reference to the classical style of ancient Rome and Greek sculptures” which perfectly recreates the “movie-accurate image and presence of the real Godfather.” Indeed, this bust that stands just over two feet tall could easily be a stand-in for Marlon Brando, or at the very least a good piece for display at Planet Hollywood or Madame Tussauds wax museum. Maybe they could even use it to shoot new scenes for The Godfather III re-edit that Francis Ford Coppola is working on. 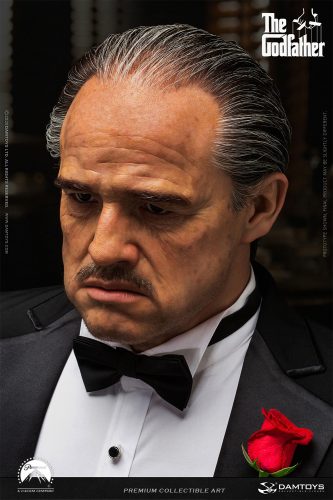 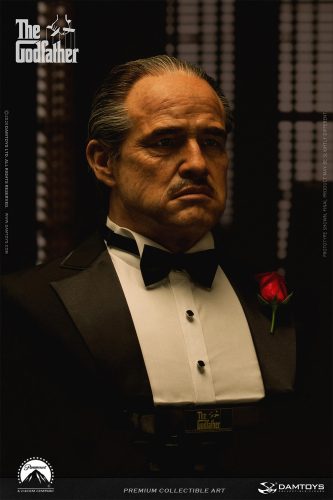 If for some inexplicable reason you need this bust of Vito Corelone in your life, it will cost you $2,926 and won’t arrive until the first quarter of 2021. There will only be 499 pieces available for purchase worldwide, and 199 of those will only be sold in China, which leaves 300 for the rest of the globe. There probably won’t be a mad rush to pay for a bust that will scare the living daylights out of your children, but if you’re the biggest fan of The Godfather in the world, then you won’t want to hesitate.

The post Cool Stuff: ‘The Godfather’ Life-Size Bust Will Make a Great Gift on the Day of Your Daughter’s Wedding appeared first on /Film.

/Film – ‘Slash Film: Cool Stuff: ‘The Godfather’ Life-Size Bust Will Make a Great Gift on the Day of Your Daughter’s Wedding’
Author: