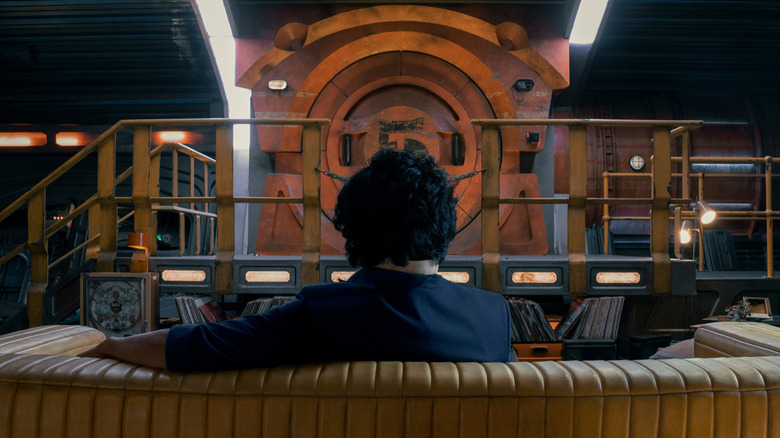 Netflix’s live-action adaptation of the beloved “Cowboy Bebop” anime series dropped in mid-November, and so far, the critical reaction has been disappointing (but /Film’s Danielle Ryan provides a different interpretation of the series and plenty to appreciate).

The show had big shoes to fill; its original twenty-six episodes stand tall as the first anime show to be broadcast on Adult Swim in the United States, and it enjoys prominence as one of the most influential anime series of all time. The new series, developed by André Nemec (“Mission: Impossible – Ghost Protocol”) and written by Christopher Yost (“The Mandalorian” series) brings that Netflix polish to the celebrated saga of Spike Spiegel, who is played by John Cho (“Searching”), along with Faye Valentine (Daniella Pineda), and Jet Black (Mustafa Shakir) as they bust heads, catch bounties, and wrestle with inner demons and ennui.

The show synopsis, per Netflix:

Long on style and perpetually short on cash, bounty hunters Spike, Jet and Faye trawl the solar system looking for jobs. But can they outrun Spike’s past?

One universally-appreciated asset to the new series is the addition of original anime composer Yoko Kanno to score Netflix’s adaptation soundtrack. Kanno’s Latin jazz-infused compositions were refreshing as a marriage to an equally refreshing anime, and her soundtrack to the series is considered one of the best of all time. For the live-action series, Steve Aoki put together a club remix of the classic track, “for the Cowboy Bebop family,” he says in a preamble to the beat drop. It’s a solid re-imagination of Kanno’s creation while retaining that building energy that the rising instrumentals previously fomented.

I Think It’s Time We Blow This Scene

The original Japanese anime “Cowboy Bebop” ran from 1998 to 2000 in its home country before Cartoon Network arm Adult Swim picked up the show, a first for the creative nighttime programming block. A new generation of western audiences was introduced to anime, and the series spawned a manga, a video game, a feature animated film, and now a live-action series.

If all this music makes you nostalgic for the o.g., Netflix has you covered there, too. The original “Cowboy Bebop” is currently streaming alongside its live-action counterpart, proving once again that whether or not you like the new iteration, the original will always be there. In the meantime, enjoy this performance, presented by Netflix, of the original “Tank!” theme, performed by none other than Kanno performing with Seatbelts.

Read this next: The 14 Greatest Action Movies Of The 21st Century

‘Coming Soon: Zoë Kravitz: Robert Pattinson’s The Batman Transformation Is ‘Out of This World’’