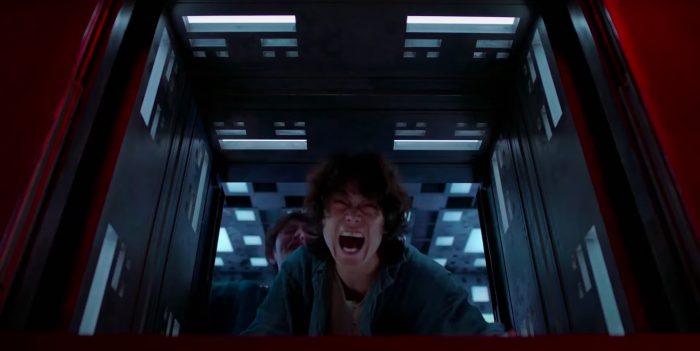 In 1997, the low-budget Canadian horror film Cube became a cult hit, spawning a franchise and earning the attention of Hollywood, which would inevitably commence plans to develop a remake. But Japan has beat Hollywood to the punch, releasing their own Cube remake while Lionsgate’s long-in-development version remains on hold. Shochiku, a major Japanese film producer and distributor, released the first teaser for the Cube remake, which you can watch below.

Remakes of J-horror are abundant in Hollywood, but it’s rare that Japan will turn to the West to remake a horror film. But the premise of Cube, a 1997 science fiction thriller from director Vincenzo Natali about six people trapped in a maze-like cube designed to kill them, was too hard to resist. Indeed, Natali’s film was a cult hit in Japan following its September 1998 release, and it’s easy to see why — it’s a Kafkaesque thriller full of brutal shocks, and a puzzling mystery that must be solved by the protagonists under penalty of death. It’s the kind of surreal high-concept horror that Japanese filmmakers have turned out in spades, so Cube translates well into a J-horror film (even if the lack of subtitles on the above teaser means we’re not sure what they’re saying). The short teaser released above shows familiar imagery to fans of the original Cube: six strangers dressed in drab grey uniforms, waking up in a strange industrial maze of cubes all filled with traps.

“No one can resist the powerful system of the Cube,” Shimizu said in a statement. “In making this film, it was as though we entered the Cube itself. (That was because we shot the entire film in one place.) We then had to confront ourselves. What lurks in the abyss of the self – hope or despair? You will soon be in the Cube with us. In fact, you may already be in it.”

The remake was shot in October and November of last year and is based on an adapted script written by Tokuo Koji. Japan’s Cube remake manages to make its way to the big screen before Lionsgate’s long planned remake of Cube, which was announced back in 2015. Described as a “reimagining” of the classic Canadian cult horror film, Lionsgate’s version went by the title Cubed, with Saman Kesh directing and a screenplay by Jon Spaihts.

Nomadland Reviews Are In, See What Critics Are Saying About Frances McDormand’s Latest