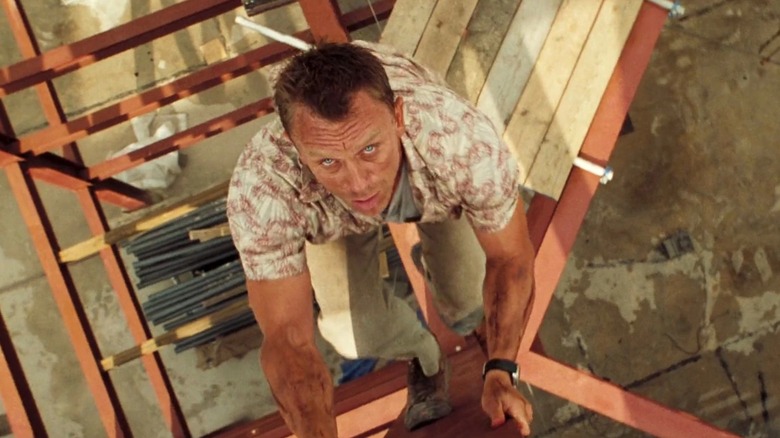 How do you introduce a new James Bond? It’s a delicate balancing act — you have to reassure viewers that this is the same suave agent they know and love, yet forge a distinct enough impression that the new actor isn’t overshadowed by his predecessors. Sure, you can take the “On Her Majesty’s Secret Service” approach and have the girl run away in the opening shot, only for Bond to shake his head and complain that “this never happened to the other fellow [Sean Connery].” But when director Martin Campbell was tasked with introducing Daniel Craig as the latest 007 agent, he took a more nuanced, two-step approach: grit, then parkour.

Since “Casino Royale” rebooted the James Bond universe and began early in the agent’s career, Campbell embraced a unique opportunity: showing Bond’s first kills, along with the emotional toll they took on him. Yet despite the bleak subject matter, the introductory sequence was remarkably stylish: between Bond’s banter with his mark, the agent’s grim determination, and the high-contrast black-and-white visuals, the exchange looked as though it could’ve come out of a noir classic like “The Maltese Falcon” or “The Big Sleep.” Campbell certainly cemented Craig as an impressive hero, though not necessarily one that we’d associate with Bond’s flashy style.

Shaking up viewers’ stark first impressions, the black-and-white introduction was almost immediately followed by a high-stakes parkour chase. Craig was forced to scale the steel frame of a construction project, running along crane arms and dropping explosives in desperate attempts to catch up to his mark. Ironically, while the introductory scene’s kills took a toll on Craig’s Bond, the parkour took a toll on the actor himself. 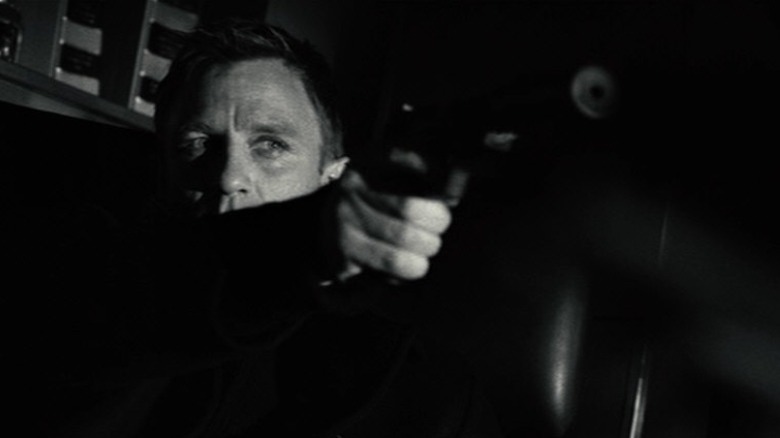 While some actors might hesitate to film such daring stunts on their own, Empire revealed that Craig himself actually did a significant chunk of the parkour — and paid dearly for it. When speaking about the pain he endured on set, Craig told Empire, “I learned from day one that it was gonna hurt … and the whole film really did hurt. But if I was hurting, the stunt guys were hurting ten times more than I was. I just had to suck it up and get on with it.”

Unfortunately, the pain on set wasn’t minor. Craig said that some stunts felt as though he was “being beaten round the head and neck with a stick.” He even told Empire that he managed to knock out a tooth cap on set, then continued filming for the rest of the day. While this probably wasn’t the kind of excitement that the actor was expecting when he signed on to play James Bond, in a way it was par for the course — on Roger Moore’s first day as James Bond, he managed to crash a boat and landed himself in the hospital. Regardless, one thing’s for sure: Craig’s commitment to pushing through pain certainly proved that he was prepared to give the role of James Bond his all. 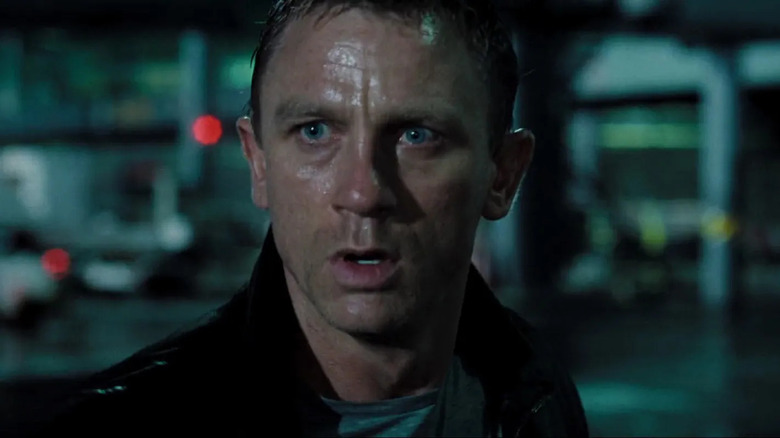 “Casino Royale” may have tested Craig’s pain endurance, but the actor wasn’t disheartened. Plus, his stumbling and grunting only served to highlight this Bond’s inexperience and relentless determination, making the character all the more compelling: with each step, viewers are reminded that this is a very young Bond who must prove himself. Why else would he chase a criminal, dangerous or otherwise, up such a perilously tall steel cage that almost certainly spelled death?

That being said, by the time that “No Time To Die” (Craig’s final Bond film) rolled around, the character’s early inexperience led to a more fulfilling ending — and one that Craig had planned all along. As the story goes, after the Berlin premiere of “Casino Royale,” the actor told producer Barbara Broccoli that he wanted the superspy to die in his (that is, Craig’s) last Bond film. Since Eon Productions had plenty of notice (and this was the first time that Bond would truly die on screen), the team was able to manipulate the story in subsequent films so that Bond’s eventual death would have as much of an impact as possible.

Surprisingly, this meant stripping away Bond’s near-invincibility. In spite of his fierce determination, Craig’s iteration of the super agent seemed doomed to fall over and over again. Two steps forward, one step back. For the first time, we saw a Bond who was so badly injured that he couldn’t even pass basic MI6 tests. In a way, the finale was almost a mercy killing. Finally, Craig’s Bond could enjoy the same uninterrupted glory that his predecessors did, even if it was largely because he could no longer stumble in death.

Ultimately, it was the years of unrelenting determination — both from Bond and Craig — that made the finale seem so fitting.

The post Daniel Craig Learned A Painful Lesson On His First Day As James Bond appeared first on /Film.

‘Slash Film: Jack Lemmon Wasn’t The First Choice For His Some Like It Hot Role’