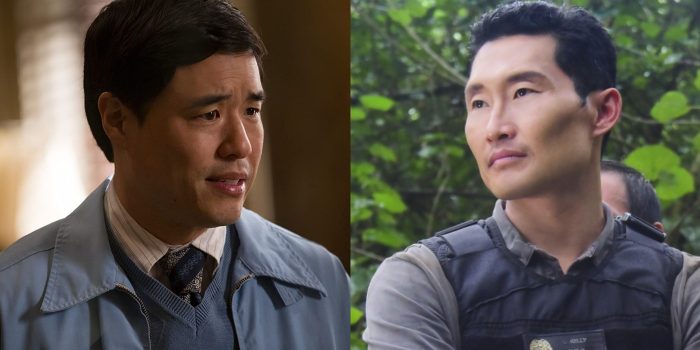 Daniel Dae Kim and Randall Park may have played romantic rivals to steal Ali Wong’s heart in Always Be My Maybe, but they’re teaming up to steal something of even more value in an Asian-American heist film for Amazon Studios. The Korean-American hunks are leading an a yet-untitled Asian-American heist film that will be penned by screenwriter Young Il Kim, who has worked on Showtime’s Billions and wrote the Black List script Rodham. Amazon Studios outbid several studios and streamers for the pitch.

Deadline broke the news that Daniel Dae Kim and Randall Park have upgraded from stealing Ali Wong’s heart to stealing priceless treasure — as well as the hearts of audiences hungry for an Asian-American-led heist film. Kim and Park, both longtime friends and bearers of impressive cheekbones, are partnering up to star in an untilted Asian-American heist film penned by Young Il Kim which Kim described has shades of ” Ocean’s 11, The Full Monty as well as Better Luck Tomorrow.”

Details are being kept under wraps, but Deadline reports that the story will follow a reunion of high school friends who come together in a nod to “classic, fun ensemble heist films.” The original story came from an idea by Kim, Park and 3AD’s Head of Development John Cheng. All three will serve as producers on the project. Park and Kim also intend to assemble a cast of primarily Asian-American actors.

“There is an appetite to see this kind of a movie with an Asian American cast and that is a really promising sign of the times,” Kim said, following the heated bidding war for the project with several streamers and studios.

The watershed success of Crazy Rich Asians has certainly opened the door for Asian and Asian-American-led films, and Kim and Park — who have long been leading the march for representation on TV with their roles on Lost and Fresh Off the Boat, respectively — are finally seeing the fruits it all. The two of them starred in Always Be My Maybe as romantic interests for lead Ali Wong, who conceived of the Netflix movie with Park. Now Kim and Park are using their star power as two of the most recognizable Asian-American male leads in Hollywood right now, to make the kind of movie they’ve always wanted to see Asians in.

“We love heist movies,” Kim says. “We want to be inclusive and we feel like there’s a story here to be told. It’s super exciting… Randall and I have wanted to do something together for a while. This is just a great reason to bring together talented actors who have been friends for a really long time and really have fun on a project that, with any luck, will be able to make an impact.”

Now there’s a matter of recruiting the rest of the ensemble. John Cho? Henry Golding? The rest of the crazy chiseled cast of Crazy Rich Asians? Maybe even get some Asian actresses in their, and stage an Ocean’s 8 crossover with Awkwafina. The possibilities are endless, and so, so exciting.