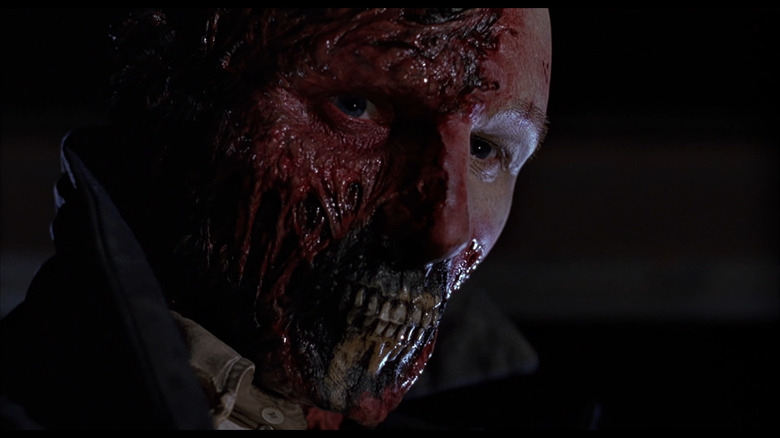 While Sam Raimi’s rambunctious 1990 film “Darkman” is often categorized as a superhero film — it plays more or less like a comic book origin story — it has just as much in common with a Universal monster movie. That’s fitting, since “Darkman” is a Universal picture. In it, Liam Neeson plays a doctor who has discovered a way to construct synthetic skin, with the caveat that the skin will degrade when exposed to light. Thanks to some elaborate political malfeasance, he is attacked by a team of gangsters, is hideously burned and scarred, and left for dead. He will eventually awaken in the hospital, unidentified because of his facial scars, and set up an elaborate plan of revenge. In true Raimi fashion, “Darkman” is wildly energetic, features many scenes of cartoonishly ghoulish violence, and will end with a cameo from Bruce Campbell.

It also featured some rather extensive “monster” makeup on Neeson, whose face had to be three-quarters “removed.” Darkman sported a pair of bone-exposed hands, red pulpy facial flesh, and no lips, leaving his teeth constantly bared (that Darkman can pronounce words without much difficulty is simply a matter of suspension of disbelief). In order to get into the elaborate gore makeup (which was designed by Rick Baker and Stan Winston acolyte Tony Gardner), Neeson had to initially start his day with five hours in the makeup chair. This was at a time when Neeson was also in the middle of boxing training for a film to be shot after “Darkman.” Needless to say, the actor was tired. 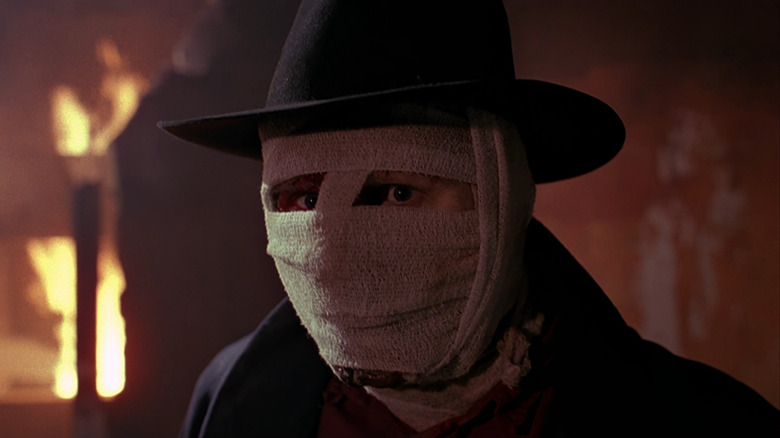 Neeson‘s makeup job had two looks: the exposed-muscle monster face, and a bandaged-wrapped face evocative of “The Invisible Man.” As one might assume, the bandaged face took less time to apply. In both cases, however, Neeson was getting up before dawn to train for “Crossing the Line,” aka “The Big Man,” a film that features a lot of glove-free fist fighting. As he explained to Collider in 2020, however, Neeson still recalls the time with fondness.

“I loved it. I remember being incredibly tired because there was make-up in the morning, especially when I was not wearing the bondages and you saw the scars and stuff. That started off as five hours in the make-up chair and we got it down to three. I was preparing to play a bare-knuckle boxer in a David Leland film (called ‘Crossing the Line’) to be shot in Scotland immediately after. I was setting an alarm clock for three in the morning, getting up and doing an hour’s work-out by myself, and then getting picked up in the dark to sit in the make-up chair for ‘Darkman’ and I just remember being really, really tired, but I did love it.”

“Darkman” came at a time when Neeson’s career was taking off in earnest, although he had been acting in feature films as early as 1978 (Neeson’s first film was an adaptation of the 17th century Christian text “The Pilgrim’s Progress,” wherein he played Christ) and had already starred in high-profile fantasy films like “Excalibur” and “Krull.” In the late 1980s, he appeared as a leather-wearing film director in the Dirty Harry film “The Dead Pool.” Only three short years and seven feature films after “Darkman,” Neeson would appear in Steven Spielberg’s “Schindler’s List,” cementing his popular reputation as an A-list actor. 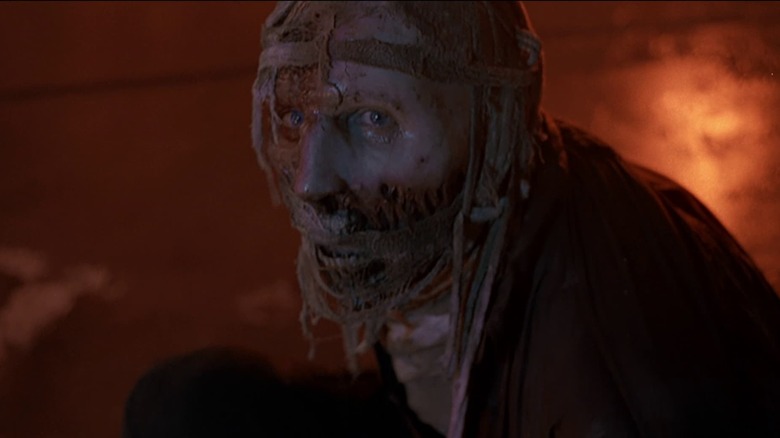 Since the 2009 film “Taken,” Neeson has (almost unwittingly) become a go-to action star, leading a genre of old-guys-still-got-it mayhem pictures. For the better part of the following decade, Neeson was more frequently asked to ball up his fists than do any kind of soul searching. Neeson took to the shift in his career with aplomb and no small amount of surprise. Although he recalls a lot of fatigue, Neeson looks back on “Darkman” with fondness, understanding that he made a cool cult movie.

“I loved Sam and I loved working with Frances McDormand. It was a cool movie. It’s become a cult-y thing now. The way cinema has progressed, CGI-wise and all the rest of it over 30 years now, it’s remarkable what they can do now. But in those days, some of the effects were a little bit cheesy-looking, but that adds to the charm of it.”

Indeed. “Darkman” functions far better with the innovative effects and makeup that 1990 could afford, and would perhaps be a much different film with the wonders of modern CGI in play. “Darkman” would eventually spawn two straight-to-video sequels: “Darkman II: The Return of Durant” in 1995, and “Darkman III: Die Darkman Die” in 1996. In both sequels, Arnold Vosloo took over the role from Neeson. As of this writing, Raimi is currently discussing the possibility of a fourth “Darkman” movie, and Neeson has said he was also amenable to a return.

Neeson’s old-man-action wave paired with the wildness of Raimi’s original “Darkman” would be a sight to see.

Update: The original version of this article did not mention Tony Gardner’s involvement with “Darkman.” We regret the omission.