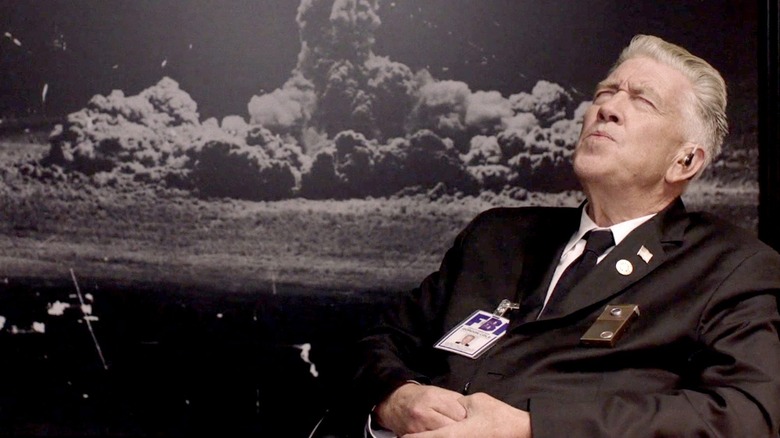 It’s not exactly the Red Room, but director David Lynch’s new club in Ibiza is still plenty surreal. Called El Silencio, the venue is located right on the beach, and is decorated with all kinds of Lynchian weirdness, including giant fabric tentacles, giant lips, and swing seats. So more or less what you’d expect from a club by David Lynch.

An Instagram-Friendly Place To Eat, Drink, And Dance

Lynch’s new club is also backed by music producer Pharrell Williams’s ToGo street-food company, which allows guests to order take-out to eat on the beach. The club features gorgeous patio space, unusual interiors, and a full-on art installation from the club’s interior art designer, Miranda Makaroff. The venue has something for everyone, with both the unusually themed bar and dance space and a gorgeous restaurant inspired by the culture of the local islands.

This isn’t Lynch’s first experience with nightclub creation, either. He opened Club Silencio in Paris in 2011 (I’m sensing a naming theme), based on the setting of his 2001 film “Mulholland Drive.” Much like its cinematic namesake, the subterranean members-only club has its own concert hall, library, and movie theater. The new Spanish sibling to the club seems much less formal, and more open to the general public. You can even make reservations or get on the waiting list at the El Silencio website now!

El Silencio By The Sea

The club and its surrounding property look absolutely stunning. While the artsy club interiors are certainly strange, the outdoor seating and restaurant look like a slice of Spanish heaven. There’s even a pool, complete with a poolside menu that includes toasted focaccia bread with herbs, potato waffles with guacamole, and something called “The Grand Mozzarella,” which comes with natural tomato caramel. Yum.

The full restaurant menu is something to behold. Some of the entrees include a strawberry and tomato salad with feta, tempura calamari with a lemon emulsion, and Iberian pork boneless flank with sweet potatoes and chorizo. They didn’t skimp on the desserts, either: you can get pistachio ice cream with fresh cream and cherries, a red fruit sorbet with sweet basil pesto, and my personal favorite, churros!

The prices look about standard for this kind of gourmet fare, and with those views and fabulously fun décor, how could anyone complain? So if you happen to be lucky enough to be in Ibiza anytime soon, make sure to get a reservation and check out this one-of-a-kind dining experience! For the rest of us, we’ll just have to enjoy vicariously via the venue’s Instagram while marathoning Lynch movies and eating churros. Sweet, sweet churros.

Read this next: The David Lynch MasterClass Provides Unique Insight Into The Enigmatic Filmmaker