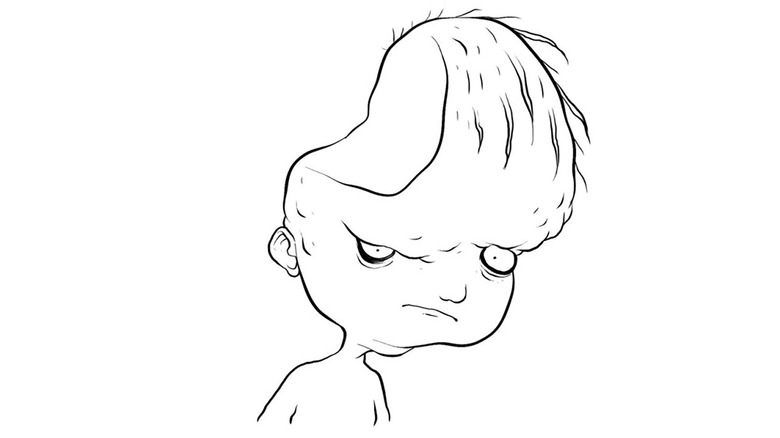 Artist Adam Ellis has brought a lot of joy into our lives with comics featuring ridiculous topics like gender reveal parties that reveal the baby is going to be a lizard, “Squid Game” workers using dalgona candy to ask if a competitor has a crush on them, and the uncomfortable possibility that mermaids are fish heads with human bodies. With 1.7 million followers on Instagram, it’s next to impossible that someone who uses the internet hasn’t seen at least something drawn by Ellis. Yes, I’m including all of our weird Great Aunts who still post “Minions” memes about “wine o’clock” on Facebook.

Ellis is known not just for his art, but also for his viral descent into terror after being haunted by the ghost of a boy he named “Dear David,” who was possessed by a demonic entity. Much like “Slenderman” who came before it, the first introduction people had to Ellis’ story was met with equal parts fascination and skepticism. Whether or not what Ellis claims to have experienced really happened is irrelevant, because his retelling of the situation complete with photos and videos was compelling enough to suck in millions of people, nabbing him a movie deal. Originally set up at New Line with Dan Lin producing, plans have changed. Now, “Dear David” will be the next project for production partners Lionsgate and BuzzFeed, and it will be directed by John McPhail from the cult-favorite Christmas horror musical, “Anna and the Apocalypse.” 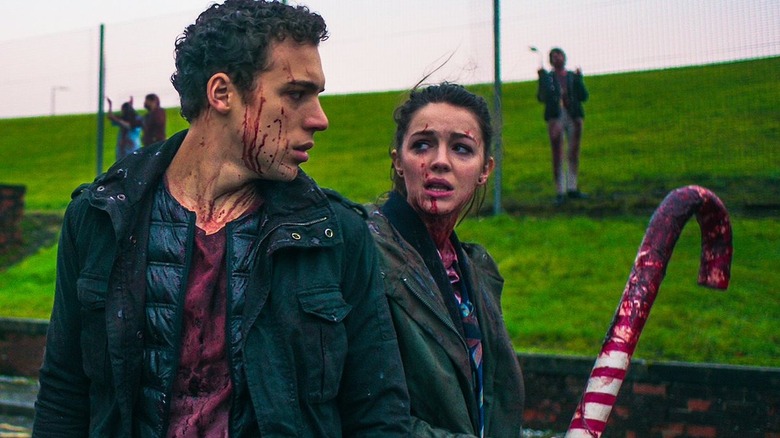 Scottish filmmaker John McPhail first gained international acclaim with “Anna and the Apocalypse” after the film premiered at Fantastic Fest in Austin, TX in 2017. The film has since developed a cult following and fans have been waiting with bated breath for McPhail’s next venture. “Dear David” is absolutely perfect for him.

Part of the brilliance of “Dear David” is that it’s difficult to tell if Ellis is being serious, or if he’s pulling off an elaborate long-con. Some of Ellis’ comics are filled with sardonic and self-deprecating humor, in addition to others that are clearly just him shitposting because he can. I mean, the man sells t-shirts that just feature the image of a t-shirt on them.

“Ellis’s story captivated audiences across the Internet and built a passionate, global fan base that has been waiting for the film adaptation. We can’t wait to bring this highly anticipated, harrowing tale to the big screen next year,” Richard Alan Reid, Head of Global Content & Head of BuzzFeed Studios told Deadline.

For as scary as the “Dear David” premise is, there’s a lingering aura of “he’s gotta be screwing with us” that hangs in the air as you read each tweet. It keeps the story fun and helps to capture the same energy as telling scary stories in the middle of the night with your friends at a sleepover. If anyone can pull off capturing that feeling, it’s the guy who made a Christmas horror musical that features a protagonist wielding a giant peppermint candy cane turned shank.

Read this next: Essential Movies About High School You Need To See

The post Dear David Now Has a Director in John McPhail from Anna and the Apocalypse appeared first on /Film.

‘Slash Film: Sandra Bullock Turned Down A Superhero Movie, But Won’t Say Which One’

‘Slash Film: Succession Season 3 Power Rankings: The Roys Have A Moral Crisis In What It Takes’