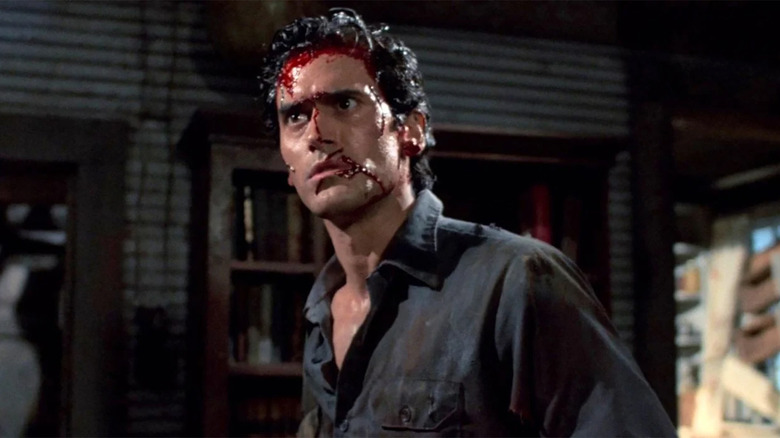 There are spoilers for “Doctor Strange in the Multiverse of Madness” ahead, so beware!

Listen, I love a good wizard. I find Gandalf and his pipe very comforting. Merlin from “Excalibur” is delightfully weird with his shiny skullcap. Despite my feelings about the person who created him, I still have love for a certain boy wizard. However, Doctor Strange (Benedict Cumberbatch) has done something so mean that I want to revoke his magic privileges. It isn’t that he won’t bow to Sorcerer Supreme Wong (Benedict Wong), since he rectifies that. It isn’t how he messed up his relationship with Christine Palmer (Rachel McAdams), because she deserves better anyway. It isn’t even what the “What If … ?” version of him did to all of existence, though I’m not exactly condoning his consumption of that poor little magic gnome. No, my rage is focused on his treatment of a street vendor, someone just trying to make a living in this crazy world. Okay, not exactly this Earth, but Earth-838 anyway. I’m talking about Doctor Strange’s treatment of Pizza Poppa.

Yes, I’m angry, folks. Bruce Campbell’s cameo as Pizza Poppa, purveyor of perfectly petite pizza planets was a joy, and Pizza Poppa truly did nothing wrong! Now, I won’t defend eating round pizza, because it might be a crime against nature, no matter how delicious half-round Bagel Bites might be. I just don’t understand how it all stays together in full ball form, or how you eat it on the street without getting sauce all over you. What demon decided that a sphere was a better option than a flat circle for bread, tomatoes, and cheese? But I digress. The point, my friends, is that Doctor Strange was a total jerk to poor Pizza Poppa.

This Food Is Problematic 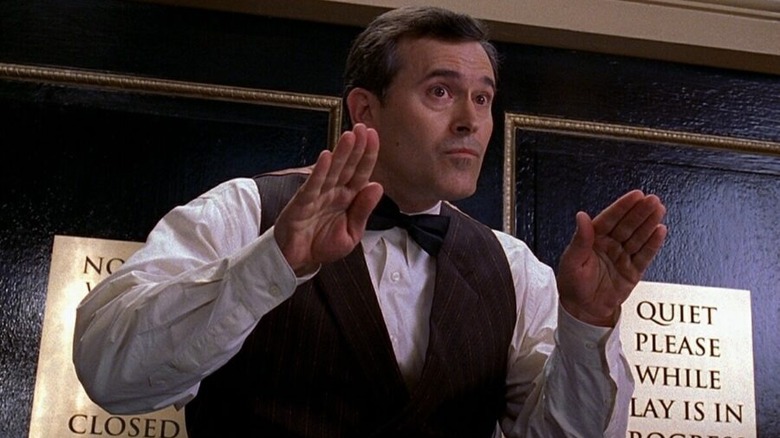 If you recall, America Chavez (Xochitl Gomez) and Doctor Strange are traveling through the multiverse, and then end up on Earth-838 where red means go and green means stop, and, according to America, money isn’t necessary for food. The young woman has been to 73 universes, so she can be forgiven for not realizing that this one requires payment for sustenance.

It isn’t just that, though. Pizza Poppa is trying to protect the sanctity of his Earth’s history. He believes that this Strange impersonator, who he probably thinks is a cosplayer or something, has stolen the real Doctor Strange’s Cloak of Levitation from a museum dedicated to the superhero! He thinks he’s stopping a crime from being committed by a man accompanying someone who didn’t even pay for their food. Pizza Poppa is a hero, and I will die on this hill!

What does Strange do in response? Surely he must explain who he is and why he’s there, and ask for his help in saving the universe. Nope. He puts a spell on him, forcing Pizza Poppa to squirt mustard all over himself, and then beat himself up. Not just a few punches, mind you, but endless self-harm for three weeks!

You used to be the Sorcerer Supreme, Stephen! Your control of magic is second only to Wanda Maximoff (Elizabeth Olsen). There was no other spell you could put on this poor man? A forgetting spell, so he doesn’t remember that you have that cloak? A calming spell? A spell that creates money in your hand to pay the man for goods and services? No, Doctor Strange woke up that day and chose violence.

This may not be Bruce Campbell‘s first rodeo with a possessed hand (see “Evil Dead”), but still. You see, Stephen? This is why it will never work with Christine. You only ever think of yourself, and not the average  Bruce that works for a living and can’t afford to hire people to clean snow out of the Sanctum Sanctorum for him (they probably weren’t even paid anyway). Will no one think of Pizza Poppa? Sigh. At least, as Mr. Poppa says in the post-credits scene, “It’s finally over.”

/Film – ‘Slash Film: Doctor Strange Didn’t Need To Do Pizza Poppa Like That’
Author: Jenna Busch
Go to Source
May 8, 2022

‘Slash Film: David Cronenberg Reveals Why He Re-Used The Title Crimes Of The Future For His New Film’

‘Slash Film: The Morning Watch: Becoming Catwoman In The Batman, Behind The Scenes Of The Offer & More’

‘Coming Soon: Benedict Cumberbatch Is Willing to Play Doctor Strange for the Next Decade’