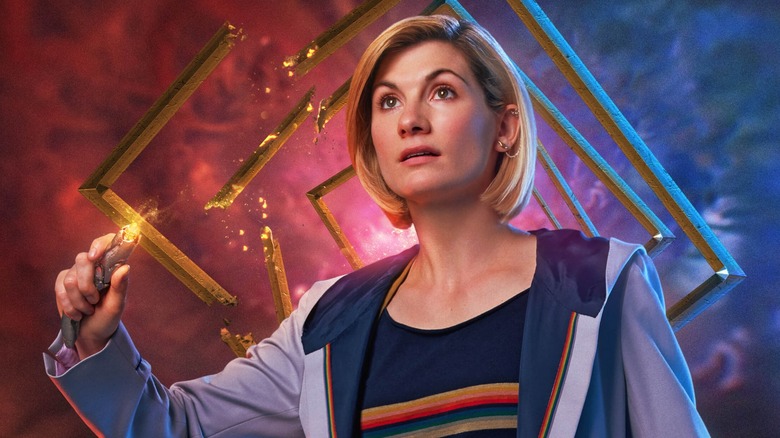 Parting ways is never easy, but saying goodbye is a signature part of the “Doctor Who” experience. While we’re still months away from an official farewell to Jodie Whittaker’s 13th Doctor, her on-set tenure as the much beloved Time Lord has recently come to an end. Sharing a bittersweet photo on Twitter, the show announced that both Whittaker and her co-star Mandip Gill (who plays companion Yasmin Khan) have shot their final scenes. This marks the end of a historic run for the series, as the first woman to fill the role prepares to say her goodbyes.

No worries — we still have plenty of time to be in denial, with the 13th season not premiering until October 31 and three specials expected to follow throughout 2022. Just because Whittaker has spent her last days in the TARDIS, doesn’t mean we have to accept them! Especially since we won’t actually have to see them until next year. Denial is the best way forward! We won’t be the only ones ignoring the inevitable goodbye — Whittaker recently appeared on an episode of “The Line-Up with Shaun Keaveny,” to say that she hasn’t quite accepted the end of her run:

“So, that’s… the very emotionally kind of contradicting thing is you announce you’re leaving, but you haven’t left. So I am still knee-deep in shooting. So, to me, this hasn’t finished… I certainly haven’t finished doing any press on it, so I can pretend that I am not leaving for the rest of the year. I’m still white-knuckling.”

The Doctor has never really been a fan of endings so, if you think about it, our shared denial is a good thing. Right?

The End Of An Era 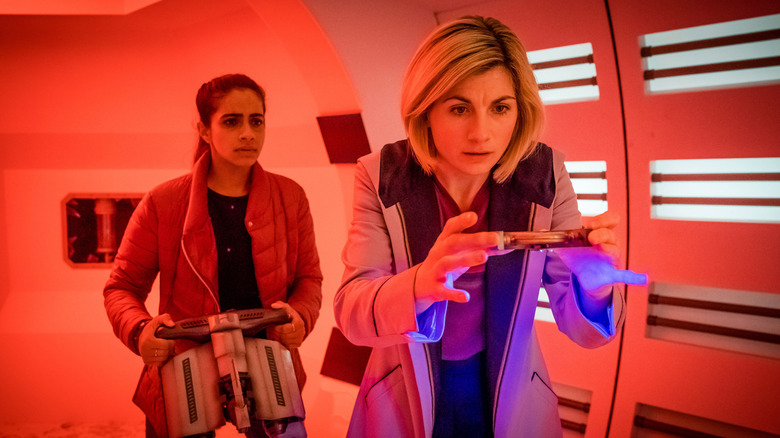 Whittaker isn’t the only one making history: if Mandip Gill’s Yasmin is in the 13th Doctor’s final episode (like this wrap image seems to indicate), then she’s on the verge of becoming the longest running Doctor Who companion. That’s right, Clara Oswald’s (Jenna Coleman) long reign might be coming to an end: should Yaz make it to the end of the season, and certainly if she sticks around for the regeneration, she’ll have been around for 3 full seasons.

While we don’t yet know who will step in to fill Whittaker’s place, “Doctor Who” is without a doubt in good hands with Russell T. Davies stepping back up to the plate. The writer-director played a pivotal role in the show’s 2005 revival and now returns to steer the 60th year anniversary and “series beyond.”

But let’s not get too ahead of ourselves — there’s a whole season of “Who” ahead to tide over the sadness of Whittaker’s farewell. Season 13 will mark the last season for both her and showrunner Chris Chibnall, and they’re going out with quite a bang: in an ambitious swing for the series, this season will be a serialized, single storyline season. The season-long mystery comes jam-packed with formidable enemies: Weeping Angels, Sontarans and the mysterious Ravagers, oh my! The promised action of this season, subtitled “The Flux,” means The Doctor has a couple more hurdles to jump through before facing regeneration.

Read this next: 12 Awesome Sci-Fi Movies That Never Got Sequels