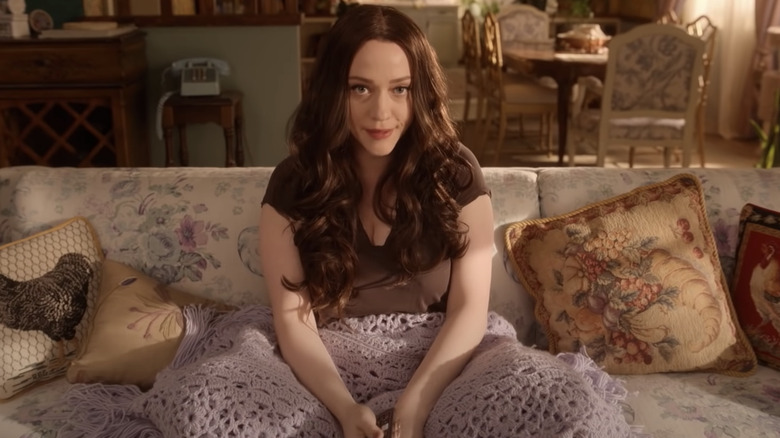 Over two years after its initial debut, “Dollface” is finally returning for Hulu! And here’s more great news — it’s even stranger than you remember. The Jordan Weiss-created comedy series was renewed back in early 2020, just before the pandemic hit and delayed production. Thankfully, the streamer decided to press forward with the series and even found a way to work quarantine into the new season. When we finally catch up with the ever chaotic Jules (Kat Dennings) and her gang of friends, the women are post-pandemic and post-heartbreak. The latest trailer even features a fun jab at the millennial quarantine experience, which mostly consists of watering many, many houseplants. And speaking of age, the second season also picks up with a major milestone of the horizon: the big three-oh. As we all know, balancing anything in the midst of a pandemic is difficult rough, so good luck to Jules, Madison (Brenda Song), Stella (Shay Mitchell), and Izzy (Esther Povitsky) as they grapple with turning 30.

From the looks of season 2, Jules is taking big steps forward all on her own — like texting guys without input from her besties. Nevermind how many embarrassing gifs she sends to this unsuspecting stranger, progress is important! And she isn’t the only one stepping up, we also catch a glimpse of Stella in the next phase of her career: opening a bar for women. The lead four have come a long way since the first season of “Dollface,” and Jules most of all. The series kicked off when she was dumped by her longtime boyfriend and finally realized how much her life revolved around him. After getting some distance, she reentered the world of women by rekindling the female friendships she abandoned for her messy romance. But it’s not as simple as knocking on an old friend’s door and making up in an instant — Jules has to work for it.

On top of these familiar elements — a sitcom about female friendship with raunchy jokes and social media commentary — “Dollface” also injects surrealist humor into the mix. Jules lets her imagination run away with her and ends up deep in fantasy land, which means anything from an imaginary focus group making fun of her texts to a recurring Cat Lady (i.e a woman who literally has a cat for a face). Season 1 concluded with a beautiful display of sisterhood from the friend group: Jules finally reconciled with Madison, publicly outed her ex-boyfriend as a cheater, the four friends stole a car and they triumphantly drove back to Los Angeles. With both the personal and imaginary stakes ramping up in season 2, here’s what viewers can expect:

“Having successfully reunited with her friends, Jules must now balance keeping their group together as the women navigate work, love, and a deeper relationship with each of themselves.”

Along with the return of main cast members Dennings, Song, Mitchell, and Povinsky expect to see Jayson Blair (Good Trouble) recur as a new love interest for Izzy; former late-night host Lilly Singh join as Liv, who ends up personally and professionally entangled with Stella; Corinne Foxx (Beat Shazam) as the enigmatic daughter of a music industry mogul who strikes up a whirlwind friendship with Madison; and Luke Cook in an undisclosed role that’s hopefully a tad less devilish than his stint on “The Chilling Adventures of Sabrina.”

‘Alligator’ Collector’s Edition Up for Pre-Order from Shout Factory