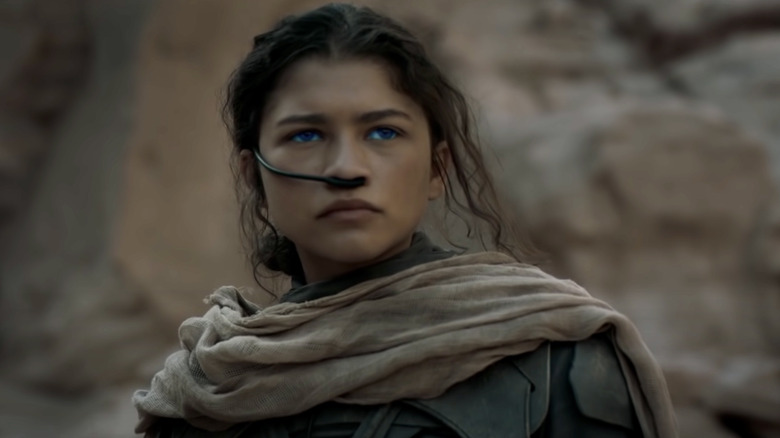 After several delays, “Dune” is fast-approaching its October 22 release date. Some lucky festival attendees, like our own Marshall Shaffer, have already had a chance to see and review the film. The rest of us are marooned on our own spice-free planets (#NotArrakis), waiting for it to go into wide release next month.

Like every other Warner Bros. film in 2021, “Dune” is not going to have a conventional rollout, with a 90-day theatrical window, followed by a home media release. The movie will instead follow the new norm of hitting theaters and HBO Max the same day, so if you’re a subscriber, you’ll be able to watch it at home.

This will undoubtedly affect its box office returns, as it has with other Warner Bros. films this year. Even the most lucrative features, distributed by the studio’s competitors, such as Disney, have seen a reduction in grosses as they shifted to streaming services during the pandemic. The overall situation has cast some doubt on whether director Denis Villeneuve would ever get to make his sequel to “Dune,” which he planned as the second installment in a two-part adaptation of Frank Herbert’s epoch-making sci-fi novel.

According to Variety, the HBO Max deal, first announced last December, “gives Villeneuve assurances that diminished box office revenues won’t prohibit him from having the chance to make his follow-up film.” This is good news for “Dune” and Villeneuve fans, since his last science fiction epic, “Blade Runner 2049,” proved critically successful but commercially disappointing. The irony here, given Villeneuve’s pro-theatrical stance, is that the success of “Dune” via streaming metrics could play a part in shoring up its sequel.

It’s All About The Spice Mining (Of Money) 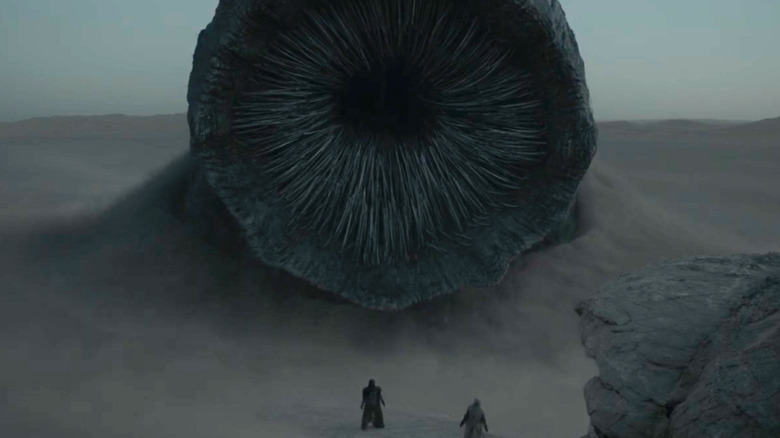 Like Christopher Nolan, Villeneuve was not happy with the HBO Max deal. In fact, he penned a strongly worded essay blasting it a week after its announcement. At the time, he said, “Warner Bros. might just have killed the ‘Dune’ franchise.”

Filmmakers were blindsided and all of Hollywood was left reeling by the announcement, and for a time, it became very easy to paint Warner Bros. as the villain, a studio that only cared about the melange, that addictive spice, of money. Nolan has since gone looking for other studios to be a home for his next project.

What’s interesting about this new Variety article is that it casts Warner Bros. in a more sympathetic light, revealing that Villeneuve and Legendary Entertainment were “given the option to wait to premiere [Dune], which would have pushed it out of the HBO Max window and ensured a theatrical-only release” in 2022. If nothing else, it makes it clear that, since last December, the studio has done a lot of damage control and sought to ameliorate its talent, offering them bonuses and sweet backend deals that would normally be reserved only for its biggest box-office earners.

Delaying “Dune” again to next year, after the HBO Max deal ended, would have meant that “the filmmakers behind the sci-fi opera would not have been guaranteed backend payouts.” Leaving it on HBO Max may have sealed its fate in terms of it underperforming in theaters, “but it will ensure its filmmakers and talent are compensated handsomely regardless.”

“Dune” also has a spin-off series, “The Sisterhood,” coming to HBO Max. With any luck, we’ll be hearing sooner rather than later that “Dune” Part 2 has been green-lit.

Read this next: Everything You Always Wanted To Know About Dune (But Were Afraid To Ask) [TIFF 2021]

The post Dune Could Still Get a Sequel Even If It Underperforms Thanks to HBO Max appeared first on /Film.

/Film – ‘Slash Film: Dune Could Still Get A Sequel Even If It Underperforms Thanks To HBO Max’
Author: Joshua Meyer
Go to Source
September 14, 2021