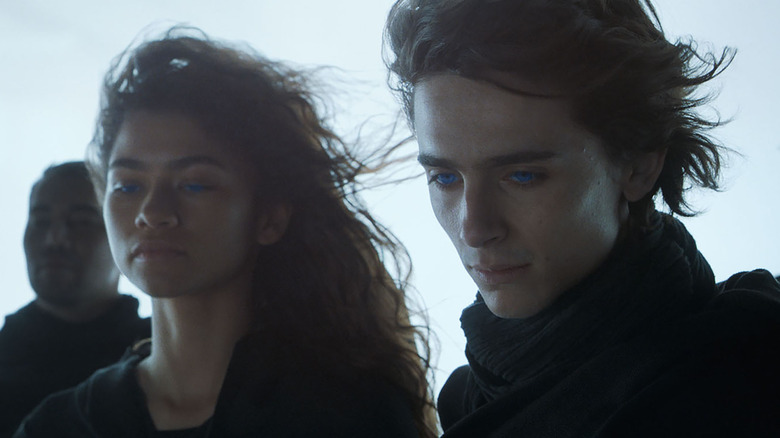 Denis Villeneuve’s “Dune” is based on a towering work of science fiction lit, but not everyone has read Frank Herbert’s novel, and it sounds like Villeneuve is aiming for a movie that appeals to both fans and non-fans alike. /Film writer Vanessa Armstrong recently attended a roundtable interview with Villeneuve, where he spoke at length about the adaptation process from book to screen.

In the same way that Peter Jackson’s “The Lord of the Rings” left out the book character of Tom Bombadil, for instance, there are some characters in Herbert’s novel, like Feyd-Rautha and Princess Irulan, who haven’t made the cut in Villeneuve’s “Dune.” He spoke first about the overall challenge of adapting or transforming the book for a new medium while staying true to its spirit:

The thing is that from the start I knew that I would have to focus on some specific elements, because when you adapt, necessarily, you transform. The idea was to be as close to the spirit of the book as possible, to be as close to the poetry. I am a massive fan of [the] Dune books. It’s a book that stayed with me over 35 years and it’s a book that I deeply know. The more that you go into the adaptation you realize at one point that the goal was to make a movie that will please the hard-core fans, the people that know Dune by heart, and also my mother that never read Dune. 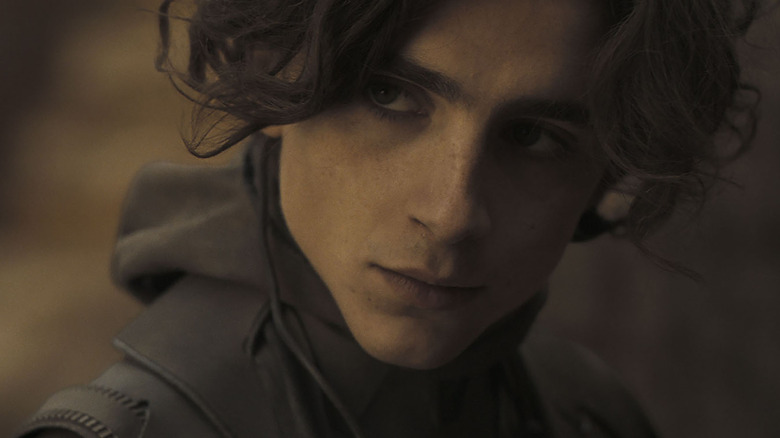 “Dune” sees Villeneuve working with screenwriters Jon Spaihts (“Prometheus,” “Doctor Strange) and Eric Roth, the latter of whom is a seasoned pro when it comes to film adaptations, having won the Oscar for Best Adapted Screenplay for “Forrest Gump” and having been nominated in the same category four more times since then.

Villeneuve has said that this film critiques the “white savior” narrative and that the sequel will make Zendaya’s character, Chani, the protagonist. However, it sounds like Timothée Chalamet’s character, Paul Atreides, is still central to “Dune,” as are women. Villeneuve explained:

First of all, the focus was of course … I said to my fellow partners, screenwriters, I said, “We need to focus on Paul, Paul, Paul.” As you know, Dune has been written … you visit the different planets and you have all those families, but for this movie I said, “We mostly focus on Atreides. I want the camera just behind him. I want the movie to be as immersive as possible and to be in the boy’s point of view.” The second decision that I’ve made is I said to Eric Roth who had the task to crack the beast at the beginning … Eric asked me, “What will be the most important element? What will be the thing you would like me to focus on as I attack the adaption?” I said to him, “Women. I think that in Dune women are very important. I think they were very important for Frank Herbert and I think that the Bene Gesserit should be upfront…So it was very important that the movie would be focused on Paul and the relationship with his mother, and that we tried to develop Lady Jessica as much as possible. Now, the beauty of making the movie in two parts, that was a decision that I made right at the start as well, is that there are some elements that I didn’t explore in this first part that I will have the chance to explore in the second part. Listen, Dune takes all its power into details so that was part of the challenge. 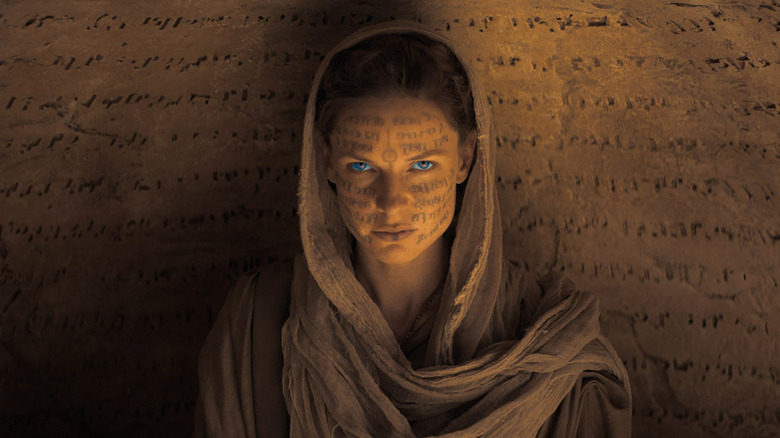 Being faithful to the novel while making the movie accessible to non-readers was a balancing act for Villeneuve, and his approach to finding that “equilibrium,” as he put it, evolved over the course of the film’s production. He said:

That was the challenge, because I know the book. I read the book I don’t know how many times. It’s just inside my head since the past 35 years. But I have to make the movie for other people, people that were not familiar [with the book]. So that’s how to introduce this world without being too … didactic that it becomes like [a] lesson that becomes almost like homework for the audience.So that’s where we had to find ways that will feel respectful to the book but kind of a little bit different. So it’s all about choices and sometimes tough decisions. I will say that again, it’s not something that was done in five days. It’s something that evolved as we wrote the film. As I shot and edit[ed], it’s something that evolved like a sculpture will evolve. For me, it was a very fascinating filmmaking process. I really enjoyed to have that space to explore to make sure that [we] would find the right path to tell that story. But it was not the path I found very quickly. 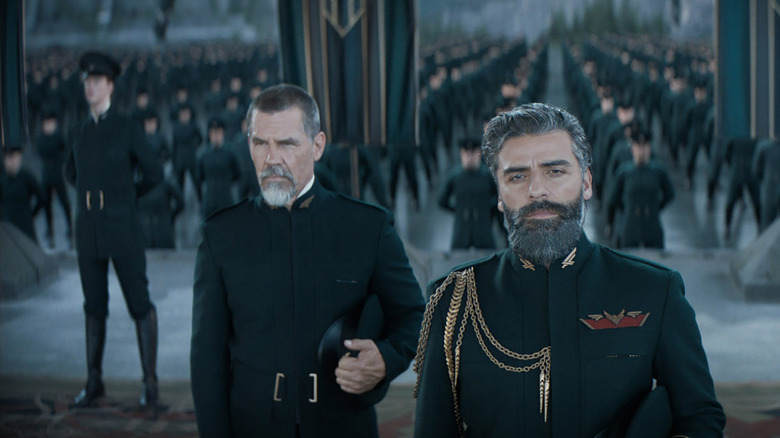 One thing a novel can do that a movie can’t, unless perhaps it uses voiceover, is portray a character’s inner life, the internal monologue they have going as narration. Villeneuve spoke about how he approached externalizing the thought processes of the characters in “Dune:”

Even as I was shooting, sometimes I was changing elements or trying to find the most efficient and cinematic way to express complex ideas to make them as accessible as possible… It was just a lot of work and a lot of brainstorms. There’s elements, for instance, that I feel that you cannot calculate… The way we approach music in the movie, as Hans Zimmer would say, is we were trying to express some of the inner journey… The book is very internal. Very often the book is about two guys going into a room and starting a conversation together. Then you hear their thoughts, and you know what they are thinking of each other, and there’s a game or a confrontation going from just knowing their thoughts.So I couldn’t do that with a movie. So it was how to express the inner world of the character, their thought process, and I used the hand signals or used the music as well to try to give a clue of where the character stands in the scene. It was like Hans played with the music suite and tried to create a mental music. Music that will be about the expression of the inner journey of the characters. But all that is something that I didn’t have the tool of music when I was writing the movie so it is just an example among others… I think the movie found its equilibrium at the very end when all the elements came together and then it clicked. But before it clicked like that it was a long journey.

“Dune” has had its release date shuffled several times, but it’s finally set to arrive in theaters and on HBO Max on October 22, 2021.

Polish Slasher ‘Nobody Sleeps in the Woods Tonight’ Getting a Sequel from Netflix This October!