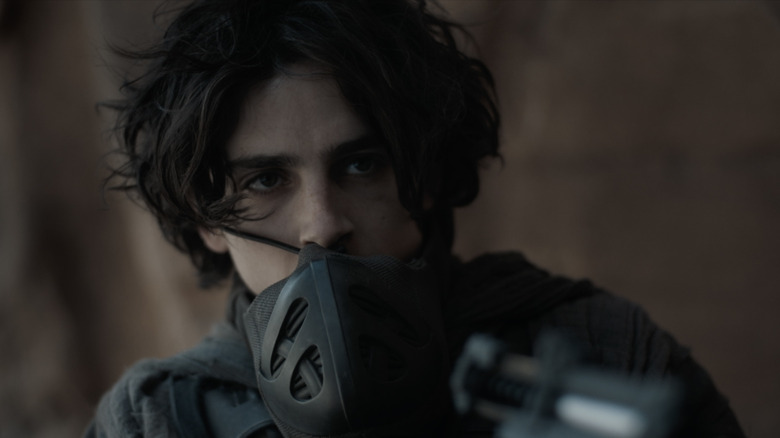 Printed in Thomas D. Clareson’s 1990 book, “Understanding Contemporary American Science Fiction: The Formative Period,” is a 1979 interview with Frank Herbert, the author of the landmark 1965 sci-fi novel “Dune.” In the interview, Herbert spells out explicitly what his far-reaching, myth-heavy, epic yarn is all about at its core: “The bottom line of the ‘Dune‘ trilogy is: beware of heroes. Much better rely on your own judgment, and your own mistakes.”

A good deal of the “Dune” books is devoted to which aristocratic family or nation of people should retain control of a desert world — Arrakis, aka Dune — that contains a native natural resource, the spice, that is vital for space travel. The metaphor for worldwide control of Middle Eastern oil resources is right on the surface.

Herbert was to author three additional “Dune” novels after saying the above quote, but the themes remained salient.

In the first “Dune” novel — the first half of which was recently adapted into an Academy Award-nominated film by Denis Villeneuve — the character of Paul Atreides is the teenage heir to the throne of his royal house. His father, the duke, has been granted leadership of Arrakis by the galaxy’s emperor. The duke’s appointed rulership will eventually revealed to be a plot to overthrow House Atreides by Arrakis’ former owners, the wicked and greedy House Harkonnen. In the novel, Paul is something of a Dickensian protagonist who witnesses the action of the novel more than instigating or even commenting on it. It won’t be until the second half of the novel — when he falls in with Dune’s native population, the Fremen — that Paul will develop innate superpowers, learn to become a charismatic leader, and begin to ascend to the status of a Dune Messiah.

The Hero Who Would Become A Villain 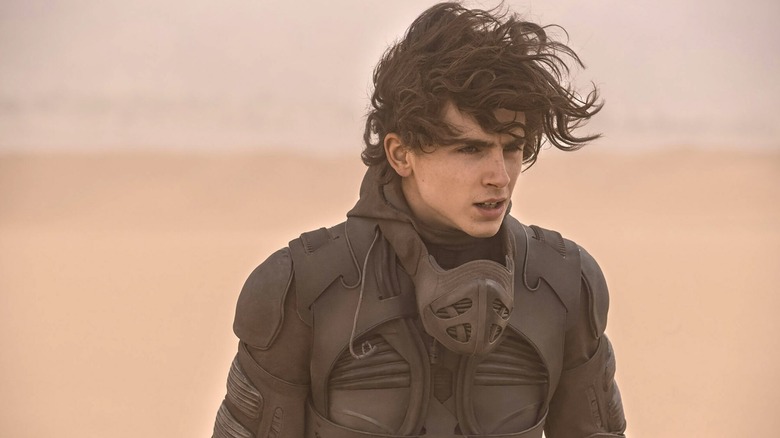 In Herbert’s eye, the ascent to power over Dune is also, perhaps ironically, a fall as well. In Villeneuve’s film, Paul’s fate is full of portent and potential. He has been trained to fight by a private coach, trained in mystical arts by the witchlike Bene Gesserit nuns, and trained in diplomacy by his father, a rich duke. He is presented as a peerless Golden Child archetype, and even given a dark mirror rival in the form of Feyd, the wicked nephew of Baron Harkonnen. If he has an evil twin, then Paul must be good. Over the course of the novels, however, Paul will instigate a jihad that will slaughter billions. His son, Leto II, will eventually evolve into a tyrannical half sandworm.

At the start of the story, though, Paul need be little more than capable and perhaps mildly brooding. He needs to be intense, able to fight, and perhaps seem a little out of his element. For the 2021 film, Villeneuve needed an actor that had the potential of evolving into a violent dictator, but was also an appealing teenager that an audience may be interested in watching. He settled on Timothée Chalamet, who entered into negotiations for the role in 2018, shortly after the release of his acclaimed romance film “Call Me By Your Name” and coming-of-age drama “Lady Bird.”

To Villeneuve, Chalamet embodied Paul so perfectly, there would be no “Dune” without him. Villeneuve said as much to the Hollywood Reporter in November of 2021:

“It sounds dramatic, but I don’t know if we would be here today talking if Timothée had said no. I mean, there was no plan B. But it’s nice to make radical choices like that and say, ‘It’s either him or nothing.'” 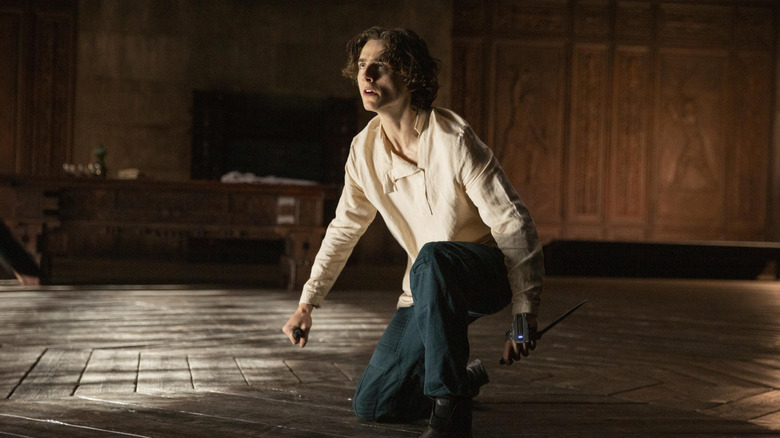 In the interview, Villeneuve describes how Chalamet naturally possessed the high-class poise of space royalty, citing the actor’s international upbringing for a much-needed cosmopolitan factor to the character. To Villeneuve, Chalamet was Paul.

“That combination of high intelligence, innocence and youth and that old-soul quality mixed with his insane charisma. Timothée has something aristocratic about him also, which is just perfect for Paul. And he grew up between the United States and France, so he has a worldly quality … I needed an actor that had the skills to go deep and to express inner conflict and psychedelic experience and who would be able to carry the whole movie on his shoulders.”

“Dune” was the biggest project that both Chalamet and Villeneuve had both worked on (its budget was in the realm of $165 million), and it came with the imprimatur of having been made once before, when David Lynch infamously adapted Herbert’s novel to screen in 1984. The pressure was on.

Intimacy Among The Madness 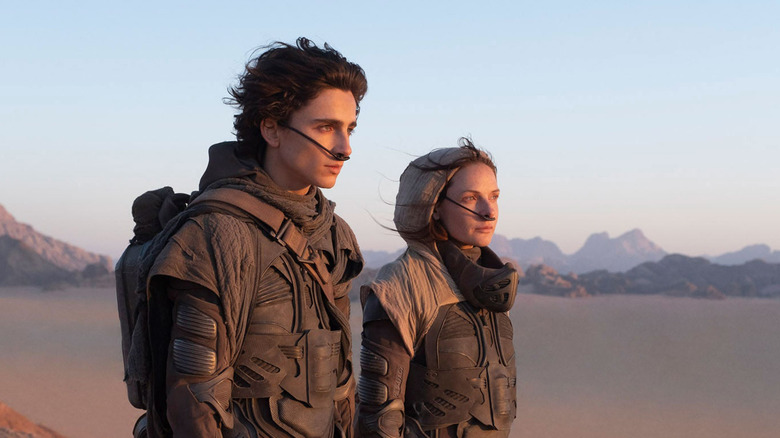 Luckily, the actor and the director found a common language in the big-budget hurricane, quite literally. Both the Quebecois Villeneuve, and the dual citizen Chalamet were fluent in both English and French. This allowed for a closer, more explicit communication on set.

“It was so great to go back to French with Timothée for several reasons. I could be more intellectually precise with him, and it also gave us a bubble on this huge American movie … And suddenly he has this huge blockbuster machine around him. We developed a very close friendship, but Timothée is the age of my kids, so I had a very paternal relationship with him as well, which I thought was totally appropriate for this movie. The French bubble was very useful and precious to us — to build intimacy among the madness.”

The madness they experienced would lead to 10 Academy Award nominations for “Dune,” including Best Picture. It would win six. Chalamet and Villeneuve have committed to ending the story of Paul Atreides’ rise to messiah-hood in a planned “Dune: Part Two,” which has a completed script. Should the actor and the filmmaker wish to continue their delve into Paul as a character, there are additional Herbert novels to draw from, allowing the full arc of the character be seen.

Watching a single actor evolve in such a way would no doubt be exhilarating.

The post Dune Never Wanted Anyone Other Than Timothée Chalamet as Paul Atreides appeared first on /Film.