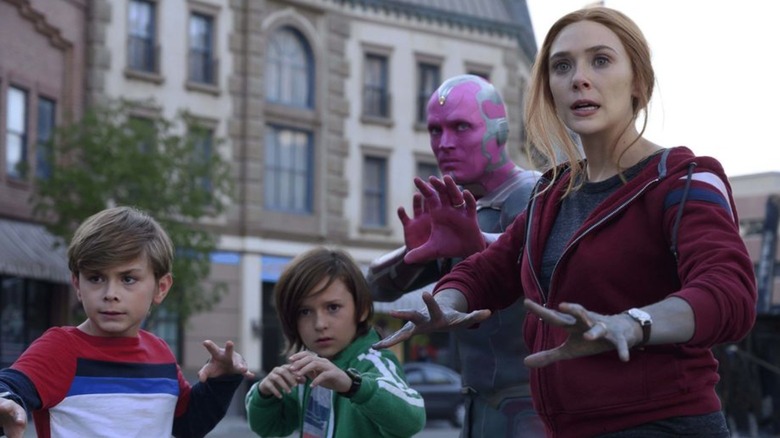 Warning: spoilers ahead for “Doctor Strange in the Multiverse of Madness.”

Every big post-“Avengers” superhero movie requires some suspension of disbelief. Where’s everyone who could help this hero? Do they draw straws to take turns saving the world? In “Doctor Strange in the Multiverse of Madness,” the logistics of Elizabeth Olsen’s Scarlet Witch’s search for her family is even more confounding.

In the movie, Wanda Maximoff (Olsen) goes fully darksided while in pursuit of what she sees as the perfect alternate universe — in which the kids she dreamed up in “WandaVision,” Tommy and Billy (Jett Klyne and Julian Hilliard), exist and are actually real, not just magical constructs. But why doesn’t she dream of more? Why not seek out the love of her life, Vision (Paul Bettany), or her dead brother, Pietro (Aaron Taylor-Johnson)? Olsen recently spoke with Collider and explained that she discussed the decision with filmmakers, who chose to focus on a version of Wanda in Earth-838 who is no longer with Vision.

“We liked having that be a mystery,” she said, noting that the character purposely isn’t wearing a wedding ring in that timeline, and adding, “we liked the idea of her being on her own.” Olsen speculates that Wanda and Vision may have been divorced or separated in the Earth-838 timeline:

“There’s a whole list of things, like my brother, my parents. I think the main reason when we would talk about if there is this multiverse, and in the version of the universe this woman wasn’t with Vision. We liked having that be a mystery. For some reason he’s not in her world. I always thought of her as more of a domestic Wanda. They got divorced. They’re separated. She’s not wearing a wedding band for a reason. Like those kinds of things. We liked the idea of her being on her own.” 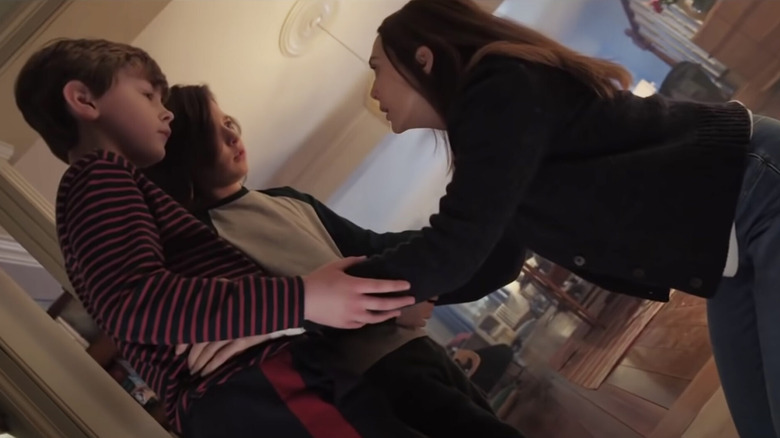 Olsen’s explanation for Wanda Maximoff’s isolation and single-minded motivation comes down to a familiar trope: a mother’s love.

The idea really is that the most important thing once you become a mother in the world are your children, and that’s why … The kids are part of her myth as well. I think that’s also part of it. I do think that once you’re a mother the loss of your child is more painful than any other loss you could ever experience.”

To say that “Doctor Strange in the Multiverse of Madness” makes some strange writing decisions would be an understatement. By the end of “WandaVision,” the grieving hero has decided to let go of the perfect constructed world she’s created. The entire show is written to illustrate that growth, with the exception of a brief mid-credits scene in the finale. By the time the new movie rolls around, she seems to have unlearned her lesson, and is plagued by dreams of her sons that indicate they’re out there somewhere in another world. The Darkhold, a dark magic text that holds its readers under its spell, leads her to believe she can find the boys and get back what she’s lost.

Does Olsen’s explanation make sense? Does it even matter if it does? In this case in particular, I think the oddness of the writing decisions is offset by her wonderfully brutal performance. Still, if you for some reason have a running list of MCU plot holes, you may need to make some space on the page for “Doctor Strange in the Multiverse of Madness.”

“Doctor Strange in the Multiverse of Madness” is now in theaters.