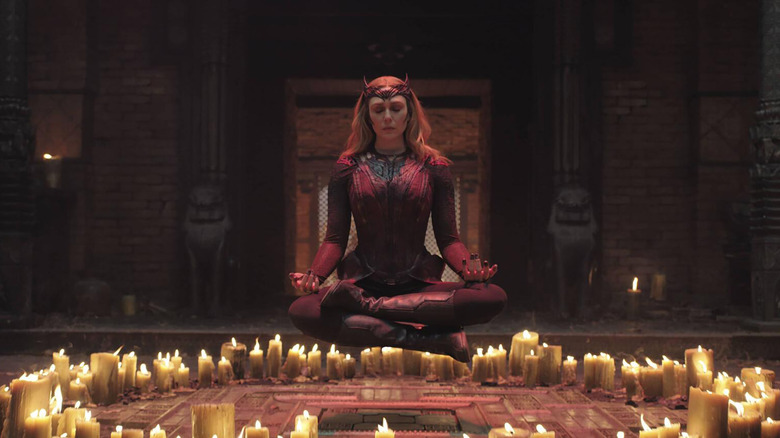 Warning: spoilers ahead for “Doctor Strange in the Multiverse of Madness.”

Making movies is a challenge, and doubly so in the Covid era, when strict safety protocols can make gathering people in the same room nearly impossible. So it’s really no surprise that some of the cast members in “Doctor Strange in the Multiverse of Madness” were never on set together, and they only appeared that way because of some movie magic. Some fans were shocked, however, to discover that star Elizabeth Olsen, who plays Wanda Maximoff/The Scarlet Witch, had never actually met some of her co-stars from the film.

In a lie-detector interview with Vanity Fair, Olsen revealed that she had never met actor John Krasinski. The interviewer was taken aback, pointing out that Krasinski and Olsen are in the movie together. (Not only that, they share a scene!)

It turns out that not only did Olsen not meet Krasinski, but she didn’t meet some of the other cameo stars either! How could this happen? Let’s take a look.

The Power Of Movie Magic? 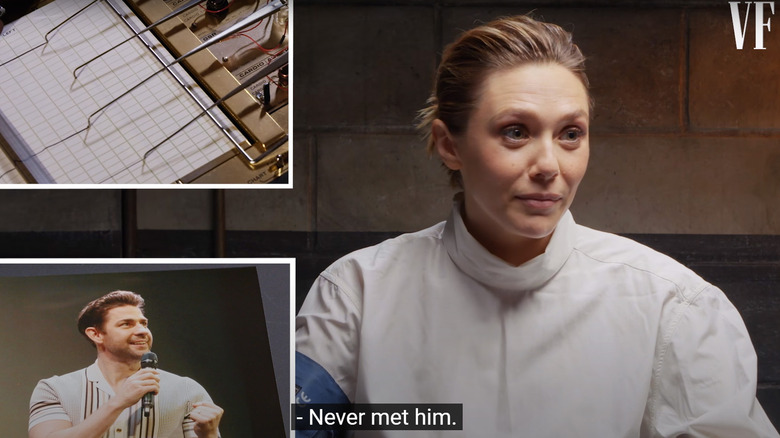 In the lie-detector interview that has now gone viral for Olsen’s no-nonsense answers, she reveals that she’s met Krasinski’s wife, Emily Blunt, but never met Krasinski, who plays the Earth-838 version of Mr. Fantastic. Scarlet Witch pulverizes the Illuminati in a wild scene, and takes down Mr. Fantastic so easily that the two don’t share that much screen-time.

In an interview with CinemaBlend, Olsen revealed that she didn’t meet Krasinski or Patrick Stewart, who revived his role as Professor Charles Xavier from Fox’s “X-Men” films. She jokes, “movie magic!”, before moving onto the next question. On Twitter, podcaster Robbie Fox shared that “Doctor Strange in the Multiverse of Madness” screenwriter Michael Waldron “confirmed to us that most of the Illuminati scene was shot in pieces since all of the actors’ schedules didn’t align with one another.”

That all makes a lot of sense, really, given that the many stars have busy schedules of their own and might not want to fly to set for one day’s worth of footage. After all, it’s a pretty quick cameo scene with lots of computer-generated imagery, so putting it together from separate pieces isn’t much more difficult than the other kinds of compositing the VFX artists are doing. Another factor that comes into play is COVID-19, as Deadline reporter Justin Kroll pointed out in his own tweet, sharing that originally Daniel Craig was going to have a cameo but dropped out because he didn’t want to risk getting his then two-year-old daughter sick. In the end they opted to shoot the cameos separately anyway, so it’s kind of a bummer that we didn’t get to see Craig in the MCU. Oh well, there are sure to be plenty more opportunities.

If Krasinski returns as the Earth-616 version of Reed Richards and Stewart comes back for another round as the non-Illuminati Professor Xavier, I hope they get to come down to set and get to know the rest of their Marvel comrades. Maybe they can all go out for shawarma.