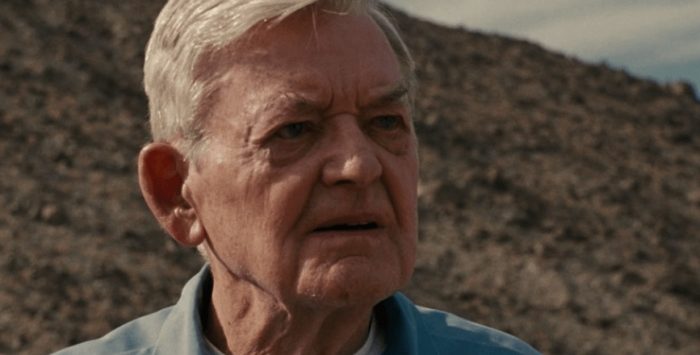 Emmy winner and Oscar nominee Hal Holbrook, whose acting career spanned more than six decades and included roles in classic films like Wall Street and All The President’s Men and in beloved shows like The West Wing, has died. He was 95.

Holbrook, a stalwart character actor who has portrayed everyone from Mark Twain to Abraham Lincoln to Deep Throat, has died at the age of 95. The five-time Emmy winner, who became the oldest man (at the time) to receive an Oscar acting nomination for his performance in 2007’s Into the Wild, died on January 23, 2021 in Beverly Hills, his personal assistant, Joyce Cohen, told The New York Times on Monday night.

At the age of 82, Holbrook became the oldest Best Actor nominee at the time, for his performance as a lonely widower in Sean Penn’s Into the Wild. But that just the latest achievement for an actor who carved out a six-decade career in television, films, and on stage.

For years, he was best known to film fans for his role as Deep Throat in the 1976 classic All the President’s Men, and Holbrook would establish a dependable presence in films such as Magnum Force, Wall Street, Creepshow, The Fog, and The Firm, as well as ’80s and ’90s sitcoms like Designing Women and Evening Shade. But arguably his greatest role was that of Mark Twain, a role that he would perform on the stage for decades after debuting the act on The Ed Sullivan Show in 1956 propelled him to national stardom. He would win a Tony Award for his Mark Twain one-man show, and continue to perform the monologues long into his career, bringing the act to television in 1967 for a CBS special Mark Twain Tonight!, which earned Holbrook the first of his 12 Emmy nominations. Holbrook finally retired the one-man show in September 2017.

Born on February 17, 1925 in Cleveland, Ohio, Holbrook was abandoned by his parents and sent to military school by his grandparents. He enrolled as a theater major at Ohio’s Denison University, and after spending three years in the Army, made his way to New York.

Holbrook would earn his check acting on soap operas and TV dramas, winning his first Emmy in 1971 for a role on the NBC drama series The Bold Ones: The Senator. Further Emmys would be won for his role as Lincoln in an NBC miniseries in 1974, with Holbrook going on to play the 16th president two more times in the 1985 ABC Civil War miniseries North and South and its sequel. (Ironically, he would later be cast in Steven Spielberg’s biopic Lincoln as a completely different character.) Holbrook would get recurring roles on the 1986-93 CBS sitcom Designing Women and the 1990-94 CBS comedy Evening Shade, and would be a constant presence on TV well into recent years, appearing on shows like The West Wing, Sons of Anarchy, Rectify, Bones, and Grey’s Anatomy.

Holbrook would enjoy a sort of career resurgence after his Oscar-nominated turn in Into the Wild, appearing in 2011’s Water for Elephants, 2012’s Promised Land, and of course, Spielberg’s Lincoln in 2012.

Holbrook was married three times, most recently to Dixie Carter, a star on Designing Women. They were married for 26 years until her death from cancer in 2010. He is survived by his children Victoria, David, and Eve.

Gone Girl Vs. I Care A Lot: Which Rosamund Pike Character Is More Evil?