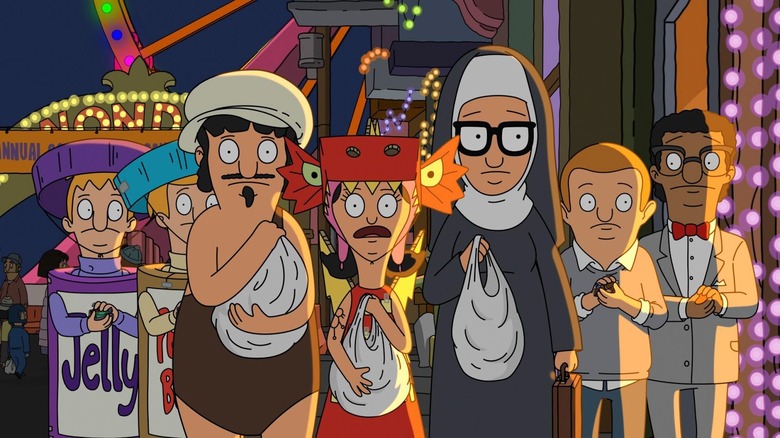 Since the third season of “Bob’s Burgers,” fans have looked forward to the annual Halloween episode each year. Unlike “The Simpsons” iconic Treehouse of Horror episodes, the Halloween offerings on “Bob’s Burgers” remain in the show’s canon, celebrating the most wonderful time of the year and the various shenanigans the Belcher family gets into. Fans look forward to the tradition of pun-based costumes, overdramatic hijinks, and references to horror movies littered throughout. 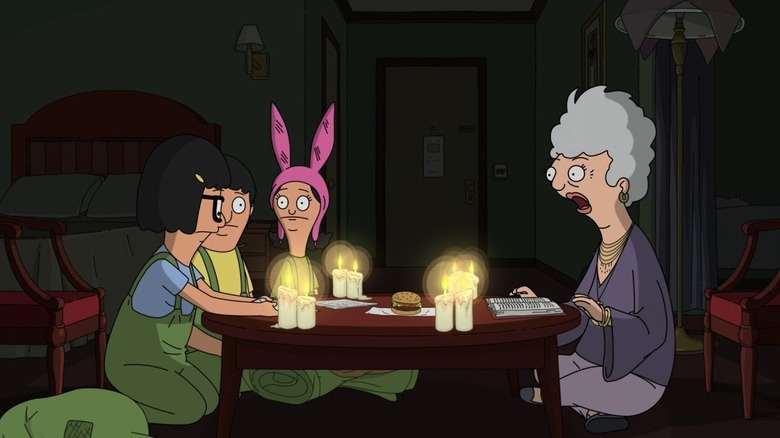 Honestly, this episode deserves at least a B+, which lets you know just how incredible the rest of the Halloween specials are. The main plot is that Louise is on yet another revenge plot due to a house skipping out on candy a few years back, but their plans reach a halt when they’re tasked to deliver a burger to a hotel, and the recipient is an old woman named Dolores who is performing a seance to try and contact her dead, cheating husband. Back at the restaurant, Linda and Teddy are trying to push Bob to donate blood at a vampire-themed mobile clinic, and as we know from previous episodes, Bob is terrified of both blood and needles. The episode leans a little heavily on some familiar tropes from the show, but it’s still a fun episode with a great weirdo of the week character in Dolores. 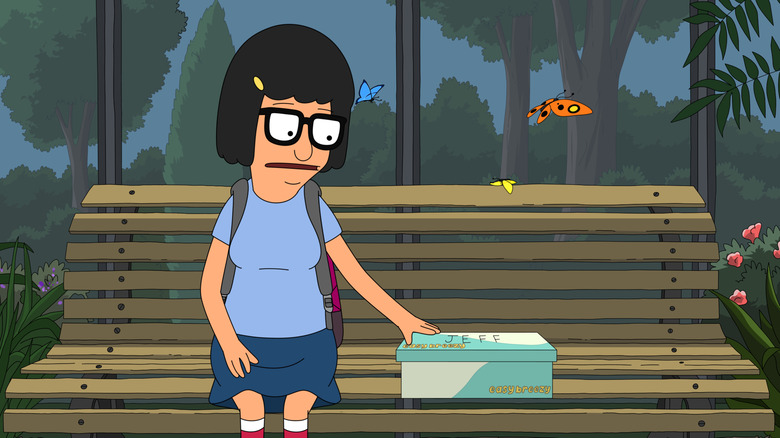 This is actually one of the best episodes of “Bob’s Burgers,” but as a Halloween special, it doesn’t fully capture the magic of the holiday. In this riff on “Lars and the Real Girl,” Tina begins a romantic relationship with a “ghost” named Jeff that haunts her family’s basement, and begins keeping him in a shoebox so the two can go out together. Unfortunately, Jeff soon becomes somewhat of a vehicle for most of the kids at Wagstaff who want ownership of Jeff for their own means. Tammy of course can’t handle Tina having a boyfriend and tries to steal him for herself, and the episode ends on one of the best Tina monologues yet. 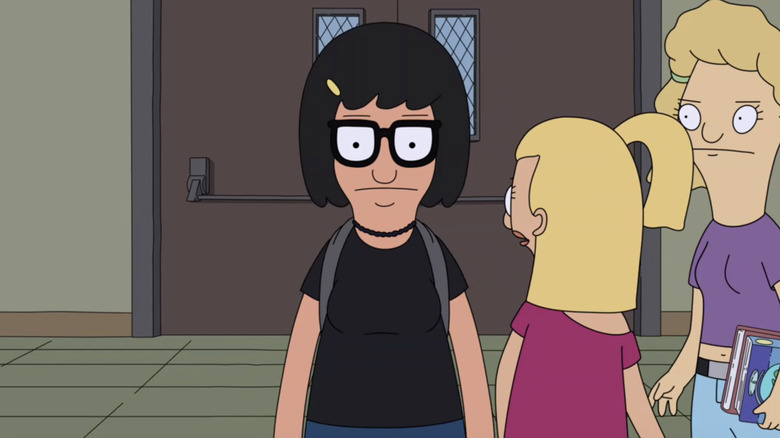 Another Tina-centric episode, Tammy steals Tina’s idea for the Halloween costume contest so she decides to dress as a “Sand Witch” instead. Mr. Ambrose, the gossipy librarian who lives for drama, finds out about the new costume and gives Tina a spellbook to convince her to practice witchcraft for real. Now equipped with a newfound confidence, Tina has a new attitude and those who dare get in her way best prepare accordingly. It’s not the first time we’ve seen Tina become obsessed with a new fad (in this case, witchcraft), but any episode that allows Tina to stand up for herself or don a new look is one worth celebrating. 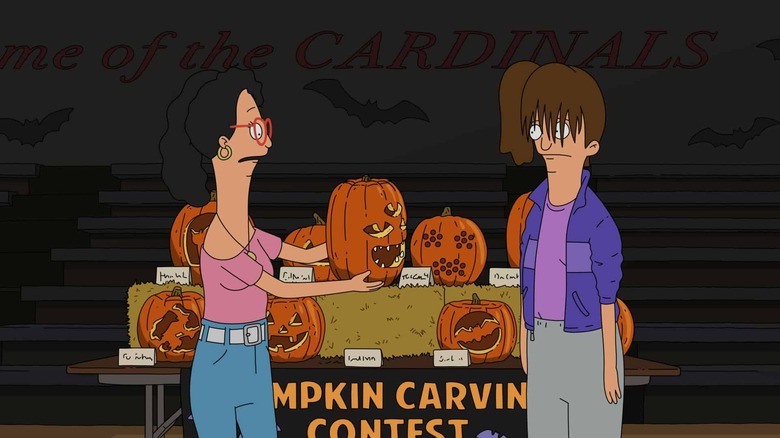 The newest Halloween special went for a pretty unexpected route this year and focused on Linda and Gayle instead of Bob and the kids. When the two sisters were in high school, they both worked together to sabotage a pumpkin carving contest to prevent anyone from winning. It’s a secret they’ve chosen to take to the grave, but now, 27 years later, they start receiving “I Know What You Did Last Summer”-style notes, alarming them that someone out there knows their secret. What follows is a trip trying to eliminate all possible suspects. Aunt Gayle episodes are consistently hilarious and this episode also boasts one of the best pun costumes yet: Louise as “Peter Pan’s Labyrinth.” 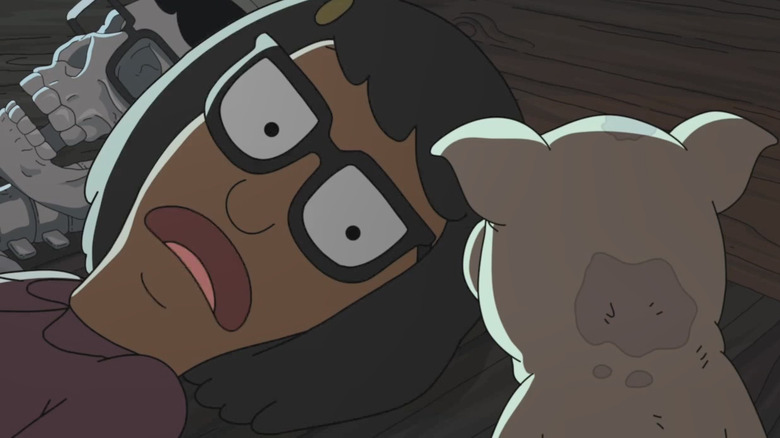 Tina Belcher has reached that pivotal point in junior high science class where she’s required to dissect a fetal pig, but as an animal lover with an overactive imagination, this science class turns into a waking nightmare. Tina is plagued with guilt and finds herself haunted by the ghost of the fetal pig, potentially ruining her chances with Jimmy Jr. at the hayride. It’s not their most Halloween-y episode, but it does feature plenty of nods to John Carpenter films by way of Tina’s overactive imagination. Gene also dresses up as “Fiona Applesauce,” aka “Fiona Apple’s saucy aunt” which leads to the actual Fiona Apple singing a song for the episode’s end credits. 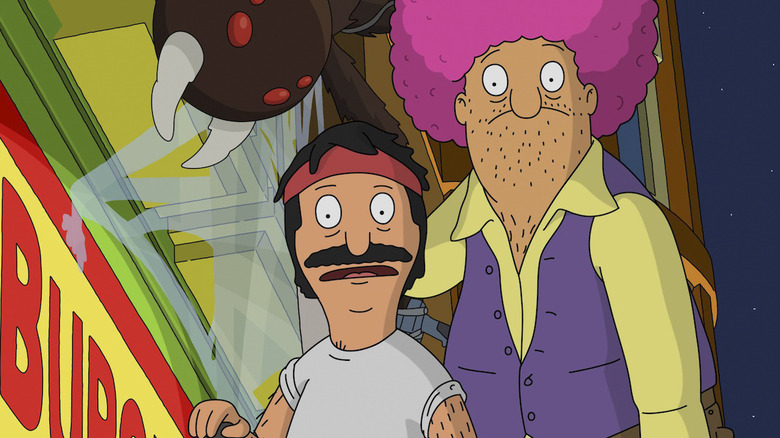 This episode truly exemplifies everything great about Halloween. The kids set out on a night of trick-or-treating when they discover that everyone’s candy bags are mysteriously disappearing. Ready to right this unjust crime, the Belcher kids take it upon themselves to get to the bottom of it. But what makes this episode shine is the B-story, where Teddy is asked to decorate the restaurant exterior, and gets a little too competitive with another handyman on the street doing the same for another business. We don’t get to see Teddy go full ham very often, but when he does, it’s always some of the best comedy the show can provide. Gene’s “Andre the Giant 3000” costume also goes down as one of the best. 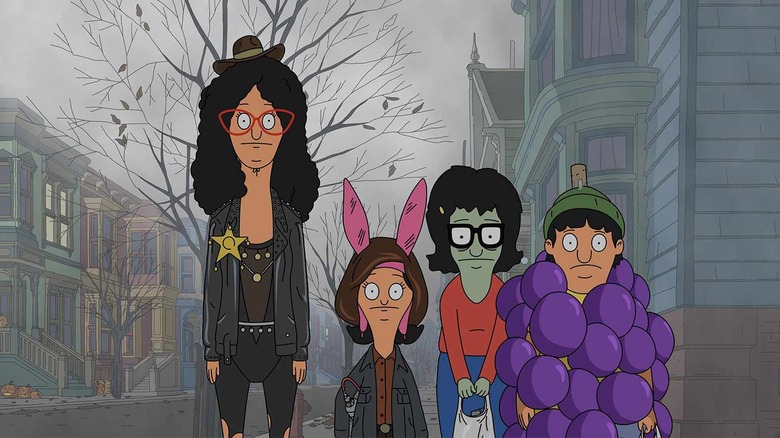 Halloween is almost ruined after news of a wolf loose on the wharf scares trick or treaters, but Linda, out of fear of not being the fun mom on Halloween, takes it upon herself (dressed like a Cher-iff, no less) to chaperone the kids’ Halloween excursions while Teddy, dressed like a sexy nurse (because he ordered it by mistake instead of a scary nurse), stays back to monitor a very sick and medicine-induced hallucinatory Bob who is convinced that Teddy is a werewolf. The episode descends into absolute chaos the way only the Belcher crew can, and makes for one of the best Halloween specials yet. 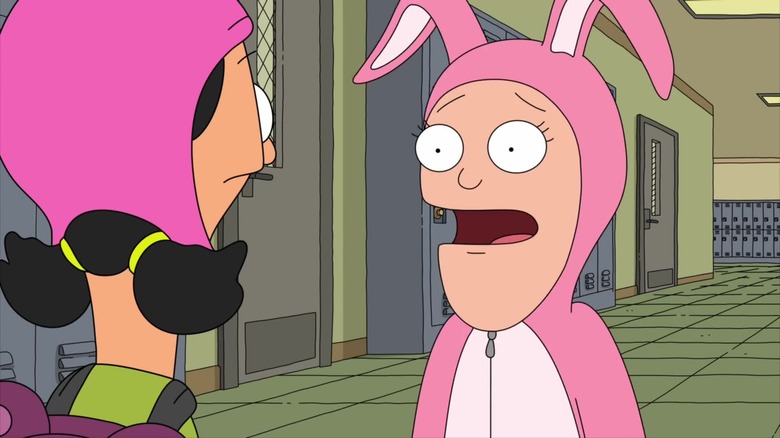 The rogue’s gallery of “Bob’s Burgers” antagonists is plentiful, but there are few who reach the level of psychological destruction as Louise’s obsessive classmate, Millie. This episode is our first introduction to Millie, who, upon feeling scorned that Louise doesn’t want to go trick or treating with her, traps the Belcher kids, Andy & Ollie Pesto, and Darryl in a cardboard fort while tormenting them from the outside. Molly Shannon is so, so good as Millie and offers a level of manic energy with just her voice that deserves all the awards. Every villain needs an origin story and “Fort Night” is the best possible one for Millie. 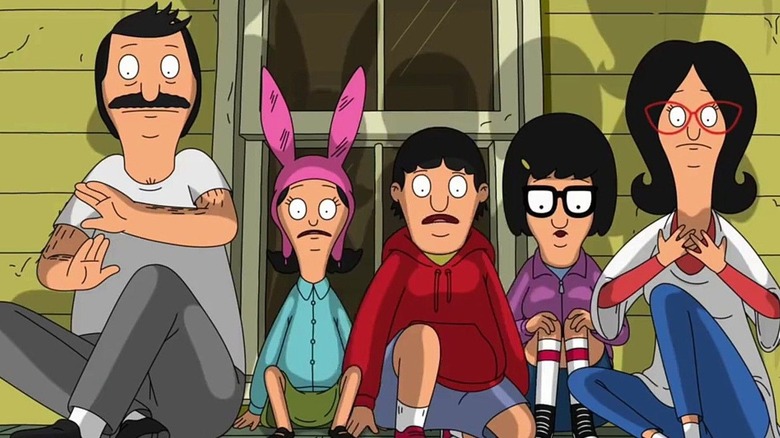 Despite her young age, Louise has always been the most fearless of the Belcher children, and this year Bob and Linda have made it their goal to give Louise her first scare. Considering how unf*ckwithable Louise has always been, scaring Louise requires some pretty extreme measures. There’s some legitimately spooky moments in this episode, but ultimately, it’s a perfect capsule of the love the Belcher family has for one another, expressed in a unique albeit horrific way that works perfectly with the family dynamic. It’s not just a great Halloween episode, it’s easily one of the best in the show’s entire history. 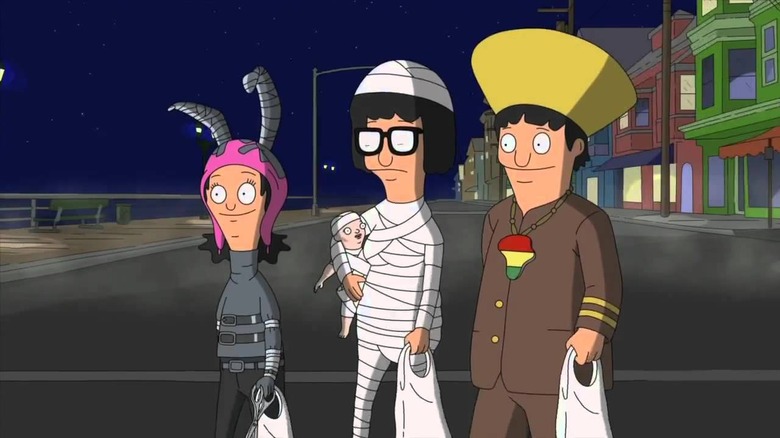 The very first “Bob’s Burgers” Halloween episode still remains their best, if only for the pitch perfect encapsulation of what makes Halloween so great. The kids sneak over to the wealthy neighborhood looking to obtain the holy grail of full-sized candy bars while having to avoid teenagers causing mischief (including water balloons filled with pee) during the traditional “Hell Hunt.” Meanwhile, Bob and Linda are trapped at Teddy’s Halloween party turned very real murder mystery after someone accidentally kills his guinea pig. The episode sets the stage for all of the Halloween episodes that would follow, but seeing a show completely nail it right out the gate is unheard of. This episode rules. “Bob’s Burgers” rules. Halloween rules. Everyone wins.

Read this next: The 20 Best Bob’s Burgers Episodes Ranked

This Dollar General Display is All About ‘Ghostbusters’

‘Paranormal Activity: Next of Kin’ Gallery Documents a Trip to an Amish Community [Images]