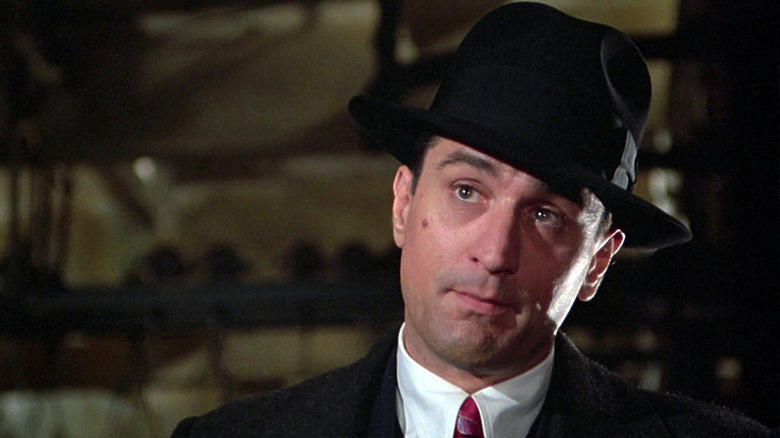 There are few directors whose films are so unique and definitive in their style that audiences can easily point out their handiwork within only a few minutes of viewing. Sergio Leone is certainly one of those directors, a filmmaker who cultivated a singular approach to moviemaking and took the medium to new and interesting places it had not yet been. He first made a name for himself on the “Dollars Trilogy” — “A Fistful of Dollars,” “For a Few Dollars More,” and “The Good, the Bad and the Ugly” — and in the process breathed new life into the western while also launching the career of Clint Eastwood. This trilogy also brought his signature cinematic techniques to the fore, like extreme close-ups, perfectly framed wide shots, economic storytelling, and more.

While Leone’s output is relatively small for a filmmaker of his stature in cinema history, the contributions of the few films he directed are impossible to quantify and continue to impact filmmakers today. In fact, one of our era’s most defining directors, Quentin Tarantino, has made no secret of his love for Leone, writing in a Spectator essay, “For my money, I think he is the greatest of all Italy’s filmmakers. I would go even as far as to say that he is the greatest combination of a complete film stylist, where he creates his own world and storyteller.” Leone has worked on many films in a variety of capacities, but let’s take a look at the ones that he directed himself. 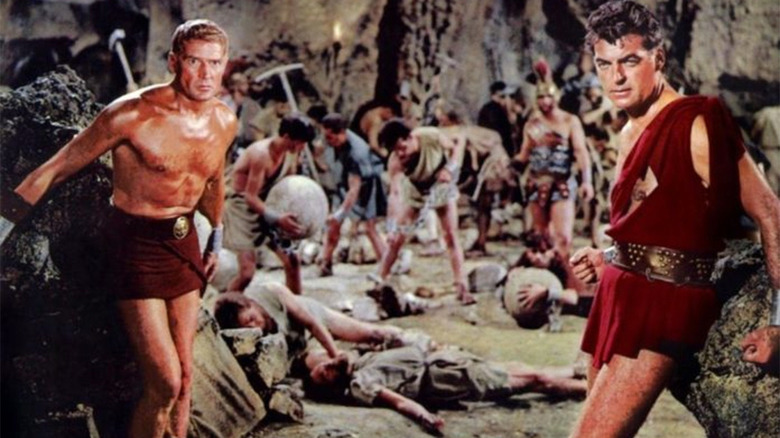 Set in 280 BC, “The Colossus of Rhodes” tells the story of Darios, a war hero who has just arrived for a vacation on the island of Rhodes from Greece with his uncle, Lissipu. The people of Rhodes recently built a massive statue of Apollo in its harbor, and it isn’t long before Darios begins a romantic relationship with Diala, the daughter of the man responsible for the gargantuan structure. As his relationship with Diala deepens, so does his connection to a group of insurgents who’ve made it their mission to depose the ruthless king of Rhodes, Serse. What Serse doesn’t know is that there is more than one faction that’s trying to remove him from power, as his right-hand-man Thar is planning to take Serse’s position for himself. Where do Diala’s loyalties lie, and how will it impact her relationship with Darios?

Sergio Leone’s first outing as a director gets the last spot on this list, but that doesn’t mean that it’s unwatchable. Before directing “The Colossus of Rhodes,” Leone cut his teeth working on other epic sword-and-sandal movies, taking over directing “The Last Days of Pompeii” from its original director Mario Bonnard, and served as second-unit director on “Ben-Hur” and “Quo Vadis.” The grand film is well-handled by someone with prior experience working in the genre but doesn’t pack the same punch as similar films, and its convoluted plot makes it a bit of a slog. 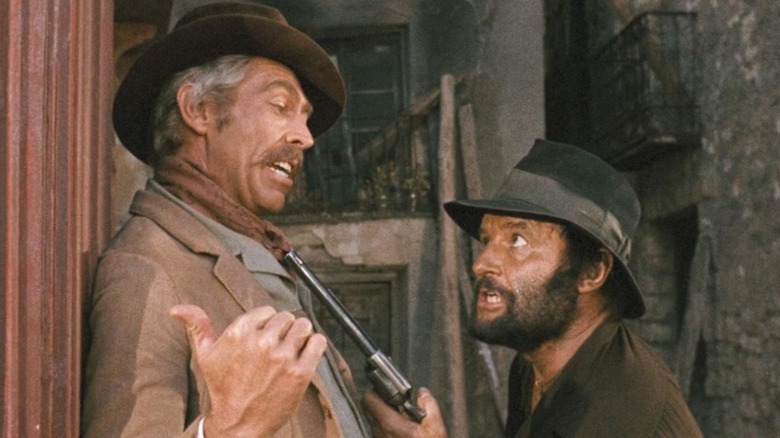 During the Mexican Revolution, Juan Miranda and his band of bandits take advantage of the chaos plaguing their country to loot what they want from whoever they feel. One day Juan runs into Sean H. Mallory, an explosives expert with the Irish Republican Army, and notices his expertise with dynamite. Calling him “John” from then on, Juan recruits him to help rob the Mesa Verde National Bank, but upon their arrival at the bank they discover that it’s been turned into a political prison. When they release the prisoners, Juan and John inadvertently become heroes of the revolution despite only wanting to make some quick money. With their newfound recognition, the two men are left with no other option but to continue serving in the revolution against the merciless Colonel Günther Reza.

“Duck, You Sucker” doesn’t quite reach the same heights as Sergio Leone’s previous four western films, but it does come damn close. Rod Steiger as Juan Miranda and James Coburn as Sean “John” H. Mallory make an amazing pair as reluctant champions of a cause they wanted nothing to do with, and the development of their unusual friendship is surprisingly layered. Leone pulls out every trick he learned/created during his time doing Spaghetti Westerns, ending his time in the genre with a bang. The film is also bolstered by one of Ennio Morricone’s best scores ever, perfectly accentuating the wide range of emotional colors conveyed in this thought-provoking shoot-’em up. 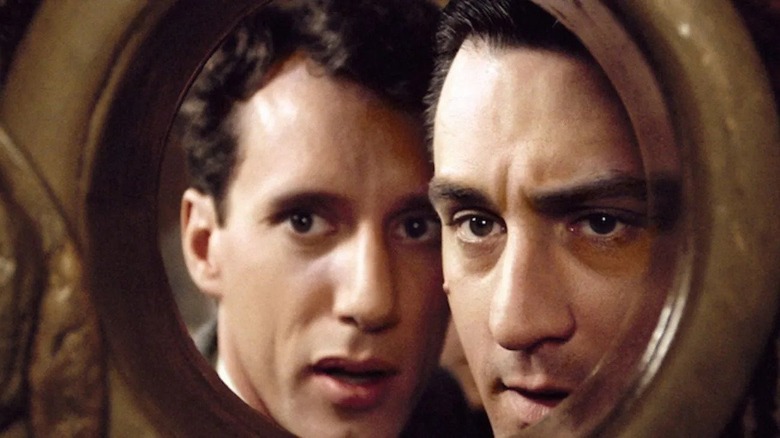 “Once Upon a Time in America” follows childhood friends David “Noodles” Aaronson and Maximilian “Max” Bercovicz, chronicling their lives as Jewish gangsters in New York City across several decades. In 1918, Noodles and Max first made a name for themselves as young hoods in Manhattan’s Lower East Side committing small crimes until they used blackmail to ensure police protection while getting involved in the bootlegging business during Prohibition. When one of their jobs results in Noodles killing a rival gang member and injuring a cop, he’s sent to prison for years, not released until 1930. Noodles reunites with his old friends and returns to his criminal ways, but when Prohibition is repealed in 1933, cracks begin to form between the criminal friends, leading to betrayal, heartbreak, and lust.

Without a doubt, “Once Upon a Time in America” is Sergio Leone’s most ambitious film as it dances back and forth across many years to tell a story that — at a surface level — is about crime, yet digs deep into the nature of friendship. A sweeping epic to rival “The Godfather” movies, Leone’s masterpiece is frequently touted as not only one of the best mobster movies ever made but as one of the best films ever made period. Fans of crime dramas should check out this film immediately, but it’s recommended that they watch the longest version they can find as it has been subjected to multiple cuts over the years. 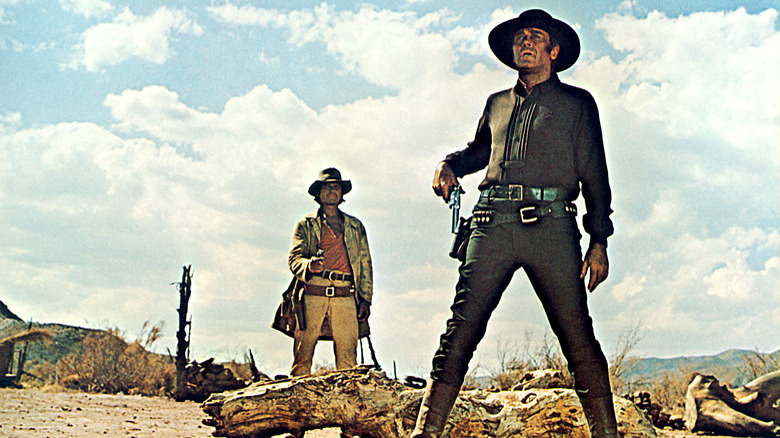 Set in the final days of the Old American West, the story begins with a man known only as Harmonica who arrives in Flagstone with the intention of killing a man named Frank for private reasons. Currently, Frank is a henchman for the wealthy Morton, who is trying to get ahold of a plot of land called Sweetwater and hires Frank to kill the plot’s owner Brett McBain (and his family). Upon completing his job, Frank makes it look like the murders were carried out by an outlaw named Cheyenne. It’s soon revealed that Brett had previously married a woman named Jill, thus making her the sole beneficiary of his property when he’s killed. As Morton and Frank clash over who should get Sweetwater, Harmonica and Cheyenne agree to help Jill get what’s rightfully hers since they have scores to settle with Frank.

“Once Upon a Time in the West” moves at a slower, more deliberate pace than Sergio Leone’s previous “Man with No Name Trilogy,” which took a more action-oriented approach to revamping the American Western. While this film’s somber tone may put off fans of Leone’s more up-tempo westerns, film lovers will adore its more mature style as the next step in his evolution as a director. “Duck, You Sucker” is Leone’s last Western film, but “Once Upon a Time in the West” is really the culmination of everything he learned while forging the Spaghetti Western genre. 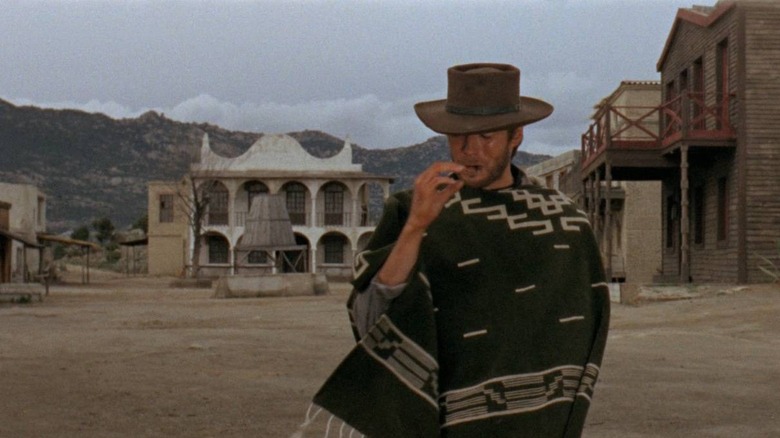 San Miguel, a small town on the border of the U.S. and Mexico, is besieged by a fight between two families: the Rojo brothers and the Baxter family. Things reach a new level of tension when a mysterious gunslinger, known only by the name “Joe,” arrives in town. Upon learning about the two warring clans, Joe decides to use his cunning and marksmanship to pit them against each other, starting off by selling vital info to both of them leading to a shootout in a cemetery. However, when Joe meets Marisol — whose family has been suffering because of the infighting in the town — he learns that the Rojo brothers are the real villains of San Miguel and sets out to bring them down, one bullet at a time.

This was the film that really established Sergio Leone as a force to be reckoned with. “A Fistful of Dollars” is a landmark film in many ways (despite facing plenty of troubles during production): It introduced us to Clint Eastwood’s ultra-masculine Man With No Name, it was the first entry in the legendary “Dollars Trilogy,” and while there were numerous other Spaghetti Westerns before this one, “A Fistful of Dollars” was the first film to truly crystallize it into a legitimate genre. Leone’s directorial style evolved by leaps and bounds from the more straightforward approach seen in “The Colossus of Rhodes,” and featured many of his classic trademarks that would go on to influence cinema forevermore. 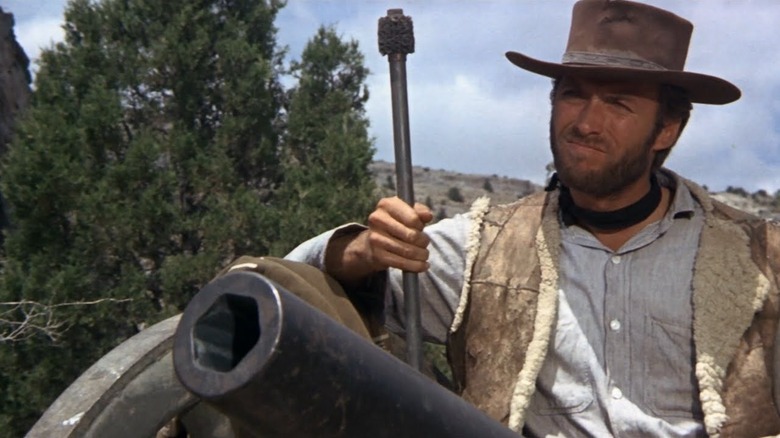 Set against the backdrop of the American Civil War, the story revolves around a gunslinger called Blondie and his rambunctious bandit partner Tuco as they wander from town to town making money with a clever scheme: Blondie turns Tuco over to the authorities in exchange for a bounty, only for Blondie to rescue Tuco and abscond with him to split the bounty. Blondie eventually gets sick of Tuco and dissolves their partnership, but when they both get a different piece of information from a dying fugitive about where $200,000 worth of gold is buried, they must work together. However, they’re not the only ones looking for a dead man’s treasure, as a hitman named Angel Eyes was on the same trail. Angel Eyes has made it his mission to track down Blondie and Tuco about the gold’s whereabouts.

Sergio Leone’s “Dollars Trilogy” ends in a suitably grand fashion with one of the most iconic Mexican standoffs ever committed to celluloid. The world of “The Good, the Bad and the Ugly” is far more expansive than its predecessors, bringing it closer to the territory of an Akira Kurosawa or David Lean film. It’s arguably Ennio Morricone’s best work on the trilogy, giving the world not one but two iconic themes, and let’s not forget the immortal trio of Clint Eastwood, Lee Van Cleef, and Eli Wallach (who actually nearly died multiple times during the making of the movie). 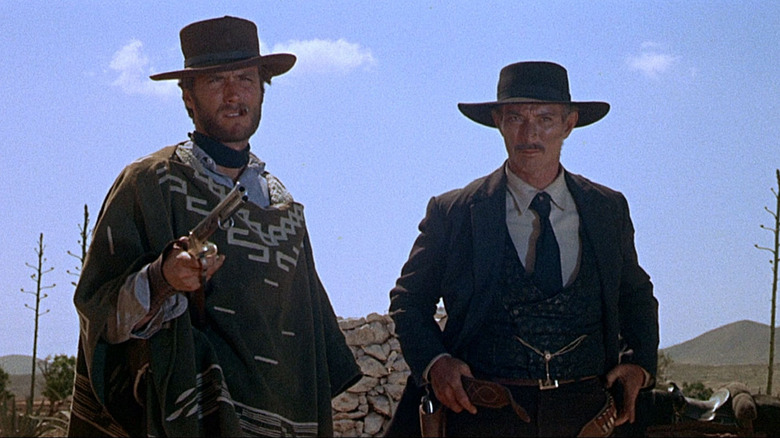 Manco is a mysterious gunslinging bounty hunter on the trail of the merciless outlaw El Indio, whose men recently busted out of jail. El Indio’s next target is the Bank of El Paso, which he believes is in possession of around one million dollars. After catching wind of this plan, Manco heads to El Paso to stop him but meets another bounty hunter, Douglas Mortimer, who’s also been tracking down the outlaw. The two men reluctantly agree to work together to bring down El Indio, with Douglas convincing Manco to infiltrate his gang to get closer to him. After Manco wins El Indio’s trust by helping to steal a safe, Douglas follows suit by offering to open the safe without resorting to explosives which could destroy the money inside. Of course, Manco and Douglas’ cover gets blown and they become the target of the one they’ve been trying to bring down.

It might be controversial to place “For a Few Dollars More” over “The Good, the Bad and the Ugly,” but it’s a tighter, leaner film. Clint Eastwood’s Manco and Lee Van Cleef’s Douglas Mortimer make a delightfully uber-tough pair, and Gian Maria Volontè’s El Indio is one of the most brutal villains in the western genre. From another spectacular Ennio Morricone score to Sergio Leone’s perfect directing (which improved on his masterful style seen in “A Fistful of Dollars”), this film marks the high-water mark in the career of a true cinema virtuoso.

‘Slash Film: How The She-Hulk Cast Helped Ease Tim Roth Back Into The MCU’