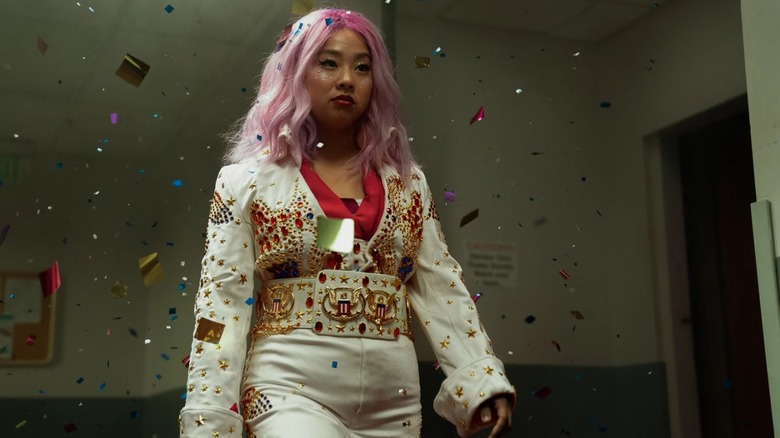 Stephanie Hsu deserves everything good in this world. I could have just stopped there, but here’s some exciting news about her next project. Hsu will be reuniting with “Everything Everywhere All At Once” co-stars Michelle Yeoh and Ke Huy Quan in the upcoming Disney+ series, “American Born Chinese” (via Variety).

Set for a guest role in the upcoming series, Hsu will play Shiji Niangniang, also known as the Goddess of Stones, who works in a jewelry shop in a modern-day setting. And oh, she also has a magical dog.

In This House, We Stan Stephanie Hsu 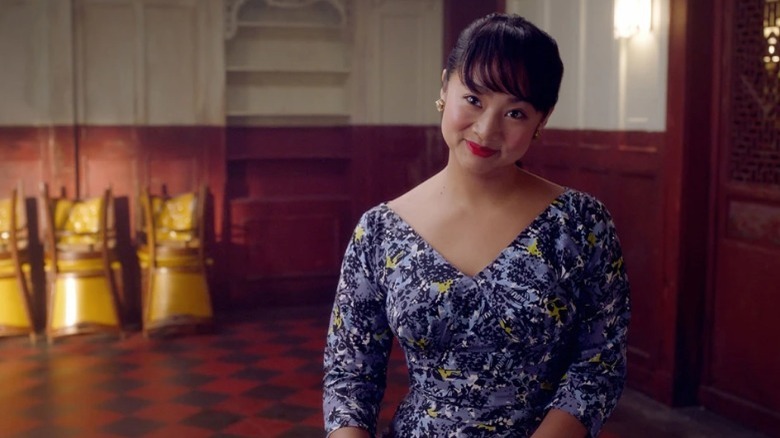 Hsu is best known for her breakout performance in “Everything Everywhere All At Once,” wherein she plays Joy/Jobu Tupaki, who is armed with great powers in terms of verse-jumping experimentation. Hsu also played Mei in “The Marvelous Mrs. Maisel,” while also appearing in several episodes of the TV series “The Path” and the upcoming Peacock series, “Poker Face.” In terms of future projects, she is slated to appear in a yet-to-be-titled Adele Lim comedy project in an unknown role.

“American Born Chinese” is based on Gene Luen Yang’s eponymous graphic novel, which posits three separate tales that bleed into one another by the end. The first tale is about the Monkey King, a character from the classic 16th-century Chinese novel, “Journey to the West,” while the second story follows a child named Jin Wang, and follows a coming-of-age format. Meanwhile, the third story follows Danny, who is revealed to be someone important by the end.

The series will exclusively follow Jin Wang (Ben Wang), a teenage high schooler who finds it difficult to maintain a balance between his social and family life. After meeting foreign exchange student Wi-Chen (Jim Liu), his world turns upside down as he is swept into an epic battle between Chinese mythological gods while navigating his cultural heritage and identity at the same time.

While Hsu seems to be playing the mythological gods in question, Yeoh will play Guanyin, an “unassuming auntie” who helps Wei-Chan better understand the challenges of assimilating into an all-American high school. On the other hand, Quan will be playing Freddy Wong, a fictional character from a mid-1990s sitcom. Given the nature of the original story, things are bound to get fantastical, and most probably, absurd, in a good way.

Kelvin Yu will be serving as showrunner, writer, and executive producer for the show, with Destin Daniel Cretton helming the project as director.

A release date for “American Born Chinese” has not been revealed at the moment.

The post Everything Everywhere All At Once Star Stephanie Hsu to Reunite with Michelle Yeoh in Disney+ Series American Born Chinese appeared first on /Film.

/Film – ‘Slash Film: Everything Everywhere All At Once Star Stephanie Hsu To Reunite With Michelle Yeoh In Disney+ Series American Born Chinese’
Author: Debopriyaa Dutta
Go to Source
May 11, 2022

JoBlo: THE HOUSE IN BETWEEN: PART 2 Trailer (2022) Paranormal Documentary