Body horror master David Cronenberg is returning to filmmaking with the upcoming Crimes of the Future, but he also dabbles in acting from time to time. He has a major role in Nightbreed, has had cameo appearances in multiple films, recently guest-starred on Star Trek: Discovery, and now he has a major role in the Shudder series Slasher: Flesh and Blood.

In an exclusive clip below, Cronenberg talks about how different he is compared to his Slasher character.

David Cronenberg has made some nasty, disturbing movies. But if you’ve ever listened to him give an interview or heard one of his director commentaries, you know he’s a very calm, soft-spoken kind of guy. He may make movies about people losing body parts or mutating into screaming monsters, but Cronenberg himself is a very chill fellow.

For his role in Slasher, Cronenberg is playing someone much different. In the video above, the filmmaker and actor talks about what it’s like to play someone who isn’t nearly as calm and mellow as he is. He also looks really cool in the suit he’s wearing here, so there’s that, too. 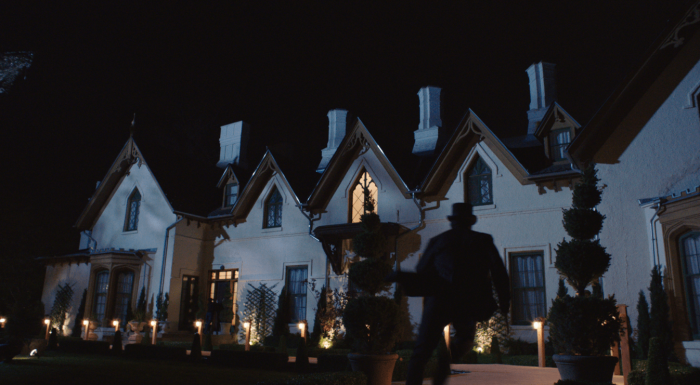 In Slasher: Flesh and Blood, viewers will follow “a wealthy, dysfunctional family that gathers for a reunion on a secluded island only to learn they’ll be pitted against one another in a cruel game of life and death, all while being stalked by a mysterious masked killer. Nothing is what it seems and no one is safe as the tension – and body count – ratchets up.”

“Slasher: Flesh & Blood is like Knives Out done by John Carpenter and takes the Slasher franchise to a new level with a gripping and scary story about family secrets, intrigue, murder, and legacy,” said Craig Engler, Shudder’s General Manager. “We’re incredibly lucky to have David Cronenberg, an icon of the genre, giving a standout performance as the fearsome, intimidating patriarch of the Galloway family who sets the tone for the shocking twists, crazy mysteries, and total mayhem that’s to come. Shudder members won’t want to miss a single episode of this incredible event series.”

The series is headed to Shudder on August 12.