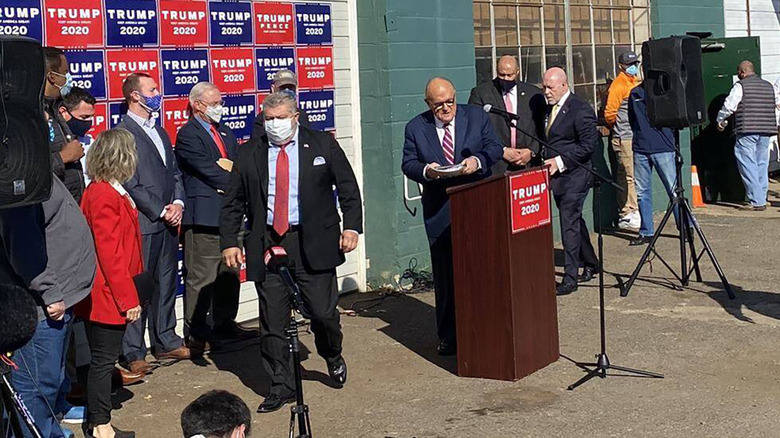 I remember it like it was yesterday. Four days after the 2020 presidential election, my wife and I were still reeling from the relief of living in a red state and knowing that Donald Trump was on his way out.

She walked out of the bedroom to find me sitting at the table with a cup of coffee and a laptop in front of me. “Babe,” I said, “They’re holding a press conference about the Trump campaign claiming the election was rigged outside of a landscaping company.” She looked at me puzzled, “I’m sorry, what?”

“Yes,” I replied. “The Four Seasons Total Landscaping Company.” My wife looked at me for about a minute in complete silence before blurting out, “Did they try to get a Four Seasons hotel and screw it up?” The bellowing sound of “SURE SEEMS LIKE IT!” that erupted from my body was not human.

According to an exclusive report from Variety, MSNBC is airing “Four Seasons Total Documentary,” a film that will finally deliver the truth once and for all regarding what in the actual fresh hell Rudy Giuliani was doing giving a press conference in front of a random small business in Pennsylvania. Considering the hell that awaited (like the January 6, 2021 insurrection) it’s almost comforting to remember the moments from the end of the Trump presidency that weren’t a walking existential crisis.

What Is Four Seasons Total Documentary About? 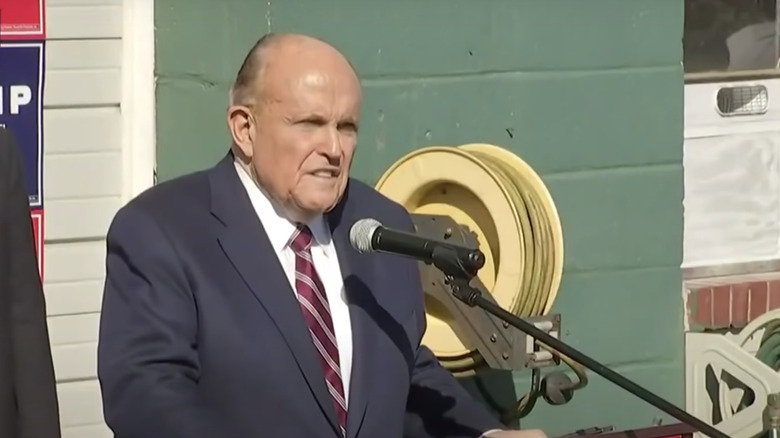 It’s super fun (and easy) to dunk on the leadership behind the Trump campaign, especially his then-lawyer Rudy Giuliani. However, the Trump campaign wasn’t the only one impacted by this massive gaffe. The people behind the Four Seasons Total Landscaping company agreed to host the conference and were thrown into the national spotlight, and the wolves of a country were absolutely ravished by political unrest and a pandemic.

The film is directed by Christopher Stoudt who described the documentary as “apolitical” and with a “feel-good tone.” Stoudt also told Variety, “I can’t wait to see how audiences react to the film and I am incredibly excited to be working with the good folks at MSNBC. But whatever happens, I’m already confident it’s the best film ever made about a landscaping company.”

The documentary features owner Marie Siravo and director of sales, Sean Middleton, who explain their side of the situation, and discuss how agreeing to host the conference almost killed their business. Fortunately, the family acted fast and was able to turn this huge blunder into something positive.

The documentary will premiere on MSNBC on November 7, 2021, exactly one year after the botched press conference.

Read this next: The 20 Best Zombie Movies Of All Time

The post Four Seasons Total Landscaping Doc Will Chronicle One of the Weirdest Days in News History appeared first on /Film.