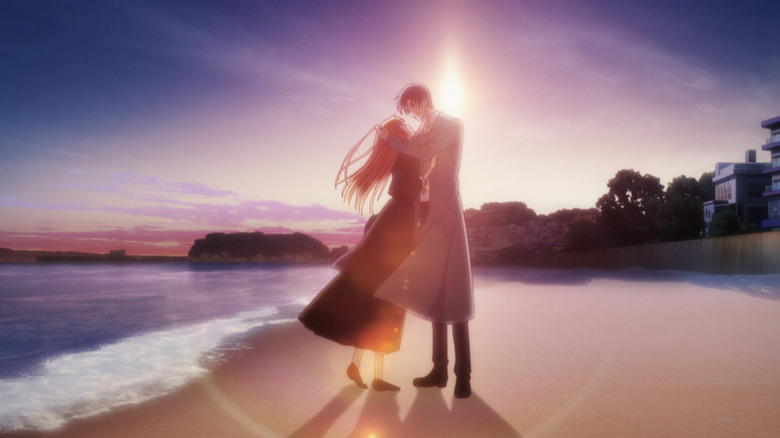 “Fruits Basket” has always been a deceiving anime. What started off as a lighthearted supernatural comedy about boys who transform into animals when hugged by members of the opposite sex (quirky!) slowly revealed itself to be a potent and heartbreaking drama about domestic abuse, generational trauma, social anxiety, depression, and ultimately, that accepting that the unconditional support of an abnormally cheery girl is just as good as therapy.

In the end, even its supernatural elements (which author Natsuki Takaya diminished over the course of the series until they were all but gone) worked as a metaphor for the darker themes that “Fruits Basket” was tackling — the “curse” of never being able to embrace people served as a way of isolating the central Sohma family even more. At the end of the day, “Fruits Basket” is about realizing that we need other people, and that however uncaring the world may be, everything will be all right if you at least have people that care about you.

But what if you were to tell the story of “Fruits Basket” without its supernatural gimmick? You get the love story at the center of “Fruits Basket – Prelude -” a feature film in runtime only. This is a glorified OVA (Original Video Animation) with an accelerated recap of the show and a few cute Kyo-Tohru scenes stuck on to justify the feature film designation — but the thing is, they only serve to make the whole thing weaker. Because buried in between that messy recap and nostalgia-baiting prologue scene is an imperfect adaptation of one of the best things Natsuki Takaya has written.

From A Certain Point Of View 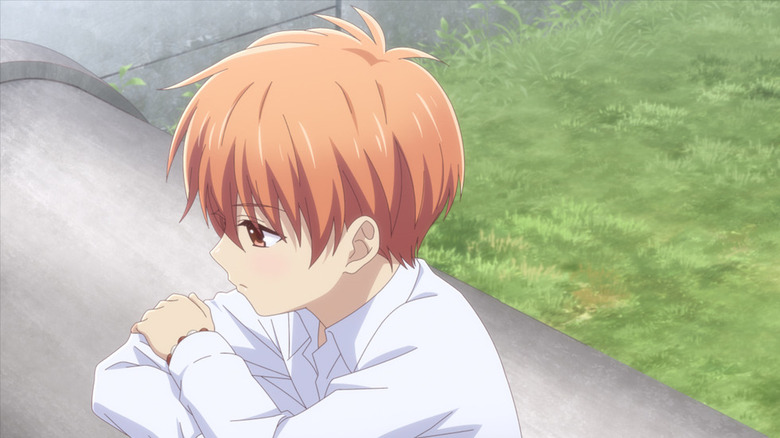 Let’s get to the weakest part of “Prelude” first: the 30-minute glorified recap of the series from the point of view of Kyo Sohma. The first half-hour of the “film” features no new footage apart from a short scene showing how Kyo and Kyoko Honda met — which is placed so abruptly at the beginning that it makes for a poor opening — and a few familiar scenes from Kyo’s point of view. If this opening recap was purely from his (perfectly angsty) perspective, then there might be some narrative benefit to it, but as it is, it’s awkwardly tacked on in the beginning in an attempt to get us back into the emotional space when this story was first told.

The thing is, the “Fruits Basket” team kind of shot themselves in the foot when they chose to cut out Kyoko and Katsuya Honda’s love story from the anime series. In the manga, the story is recounted by Kyo in the midst of one of his angstier existential crises (he had realized he was in love with Tohru but had accepted his fate to be locked away forever once he graduated high school, and was using his remaining time to be as close to her as possible), and played nicely as a parallel to Kyo and Tohru’s doomed romance, while revealing more about Kyo’s troubled past than we could have possibly fathomed. But we’ve already reached our happy ending. There’s no more story left to tell. So “Prelude” has to do a lot of work to try to get us back in that place, and it feels hollow, not in the least because condensing three seasons’ worth of poignant, heartrending story into 30 minutes worth of recap (Kyo voice actor Yuma Uchida doing his darndest to get us back into the character’s tortured headspace) totally undercuts the emotional impact of the series.

Director Yoshihide Ibata and screenwriter Taku Kishimoto don’t do “Prelude” any favors — the opening scene of Kyo and Kyoko meeting is jarring enough, but to insert it only to completely ignore it as a framing device when it was readymade for them? Insane.

The film only starts to feel like it’s getting into a comfortable rhythm when we reach the end of the recap and what feels like should’ve been the natural starting place for the film: Kyo and Tohru visiting Kyoko’s grave, looking to the future together, while pondering what past Kyoko really meant in her last words to Kyo. It’s tailor-made for you guys! If the film began here, we would’ve had a nice, reflective start, and a perfect place for Kyo to begin his recounting of Kyoko’s story in earnest, but instead of it being from a place of grief, it comes from a place of hope. Then the film could have cut back and forth between Kyo listening to Kyoko’s story as a kid, to Kyo recounting the story to Tohru in the present, to Kyoko’s story. I should’ve written this movie. 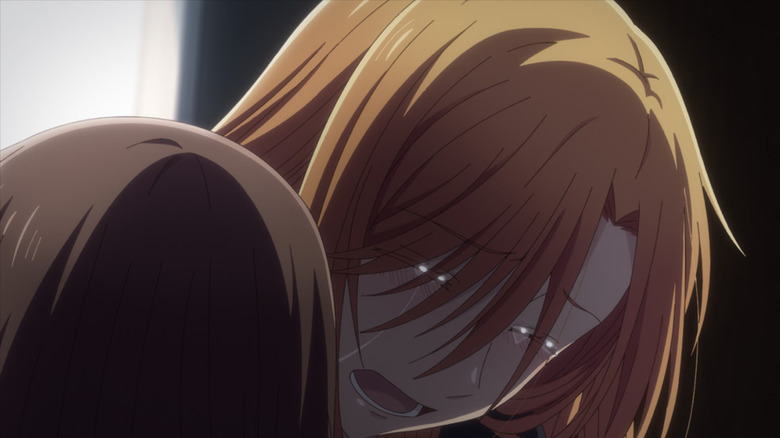 Of course, it’s no surprise that the strongest part of “Prelude” is Kyoko’s story. When it first appeared in the manga, it was already an anomaly. It was the only story that wasn’t supernaturally related, and it completely upended the angelic dead mom trope that so many animes have fallen back on: the one where the mother’s beatific presence looms over our tortured protagonist’s mind and exists only in nuggets of wisdom and in hazy flashbacks where their hair is always tied in a loose side ponytail. But Kyoko Honda was none of these things. Kyoko Honda was a real person.

It’s easy for a person to become a myth, as we see in Tohru’s cheery recalling of her mom: she was a legendary gangster, she was a dropout who never graduated middle school, she learned the important things from the streets, where she gained an emotional intelligence and wisdom that still impacted people long after her death. But in “Prelude” we see the heartbreaking reality behind the myth: she was unloved by her parents, she was lonely and lost, and she fell in with a bad crowd that made her see no other options. Until she met Katsuya Honda, a teaching assistant at her middle school who was, yes, eight years older than her. Pearl clutching over the age gap aside (this isn’t even the largest age gap in the series), Takaya has never made any bones about how imperfect her characters are. They fall in love with the wrong people, hurt the wrong people, and hurt themselves. “Fruits Basket” has long been about how anyone is deserving of love, but that love is never glorified or glamorized. It just is. And Kyoko and Katsuya’s romance just is, even as Ibata portrays it exclusively in swooning magic hour lighting. And when Katsuya dies, Kyoko’s all-consuming grief and brief moment of suicidal ideation feel so raw and real that it does away with any thoughts of “romanticizing” an age gap (if you’re going to wring your hands about how the film glorifies age gaps, just stop).

I’ve often thought that Kyoko’s story is what Natsuki Takaya wanted to write if she wasn’t beholden to the supernatural gimmick that got “Fruits Basket” sold to publishers — a complicated, discomfiting love story that turns into an incredible examination of grief. It felt real and grounded in the way that the rest of “Fruits Basket” wasn’t; like a snapshot of a life in Japan that was all too mundane and all too common. But in “Prelude,” it doesn’t feel common. Props to Ibata and Kishimoto: they make a loyal adaptation of the story, which is basically ripped from the manga pages — but then again, it’s hard to improve upon it. If only the rest of the film lived up to it.

Thrilling ‘Fall’ Teaser Trailer Is Trapped 2,000 Feet up on an Abandoned Radio Tower!

‘Slash Film: One Of Audition’s Most Disturbing Moments Wasn’t In The Script’