The Wonder Years is the latest series from the past to get a shiny new reboot. But rather than modernizing the drama about a suburban family living in the 1960s, The Wonder Years reboot is taking a different approach with the same formula.

Produced by Lee Daniels, The Wonder Years reboot will follow a Black family living in Montgomery, Alabama in the 1960s, providing a much different perspective than the original series that starred Fred Savage, Danica McKellar, Dan Lauria, Alley Mills, Jason Hervey, and Olivia d’Abo as The Arnold Family. The new series will focus on The Williams Family, and a first look photo has officially been revealed.

Lee Daniels posted the first photo of The Williams Family on Instagram just before the weekend: 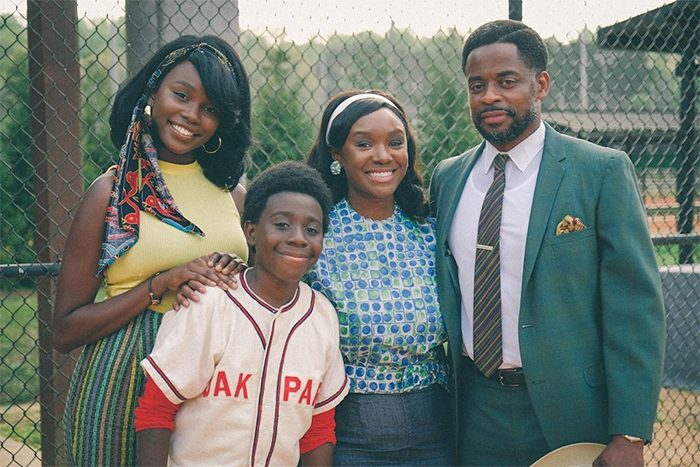 The Wonder Years reboot stars Dulé Hill (Psych), Laura Kariuki (Black Lightning), Saycon Sengbloh (In the Dark), and Elisha “EJ” Williams (Henry Danger) in the role of Dean Williams, who takes the place of Fred Savage’s character Kevin Arnold. Don Cheadle will provide the voice of adult Dean, who will narrate the series, just as Home Alone co-star Daniel Stern did in the original version of The Wonder Years.

Running from 1988 through 1993, The Wonder Years was a beloved series that was nominated for and won several Emmys and Golden Globes. It famously tackled young love and family drama, not to mention historical 1960s issues such as racism and the controversy of the Vietnam War. However, it did so through the perspective of a middle class white family. Similar stories and issues will look drastically different through the eyes of a Black family living in the South during the 1960s, and it sounds like one of the more compelling reboots that have come together in recent years.

Fred Savage is executive producing the series reboot along with Lee Daniels. The Wonder Years star has become an accomplished TV director in his adult life, helming episodes of It’s Always Sunny in Philadelphia, Modern Family, Party Down, The Goldbergs, and more. He’s rarely tackled TV drama, so this will be uncharted territory for him behind the camera. But since Savage was the star of the original series, he surely knows the ins and outs of the original series in order to make it feel familiar and refreshing at the same time.

The Wonder Years reboot is expected to debut in the 2021-2022 television season on ABC.

The post Get a First Look at ‘The Wonder Years’ Reboot from Producer Lee Daniels appeared first on /Film.

How Keanu Reeves Ended Up In SpongeBob: Sponge On The Run