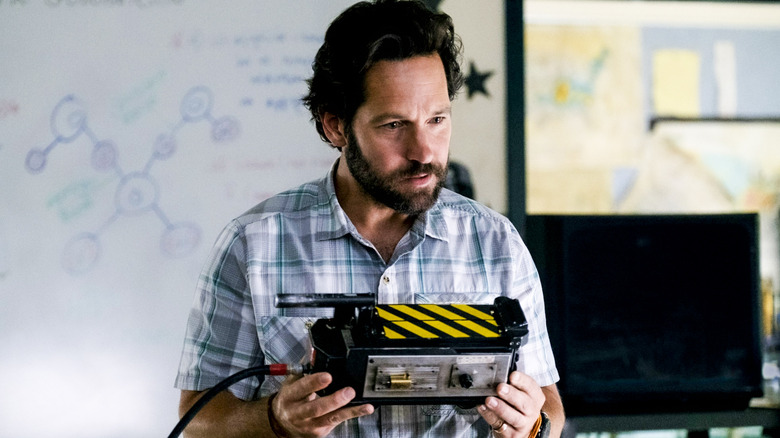 The first reviews for “Ghostbusters: Afterlife” are in, and they’re skewing generally positive. Directed by Jason Reitman (son of original “Ghostbusters” director Ivan Reitman), the sequel picks up in the present day with the grandchildren of Dr. Egon Spengler discovering their grandfather’s collection of ghostbusting gadgets — and putting them to good use.

Mckenna Grace (“The Haunting of Hill House,” “Malignant”) leads the young ensemble cast as Egon’s science-obsessed granddaughter, Phoebe, while Finn Wolfhard (“Stranger Things,” “IT”) plays Phoebe’s brother, Trevor, who has a knack for engineering. Paul Rudd is also in the mix as a science teacher trying to solve the mystery of why a small town that’s not located on any fault lines keeps experiencing strange earthquakes. Carrie Coon plays Egon’s daughter, Callie, and there are several returning cast members from the original film: Dan Aykroyd, Bill Murray, Sigourney Weaver, Ernie Hudson, and Annie Potts.

With 18 reviews counted as of the time of writing, “Ghostbusters: Afterlife” has a Rotten Tomatoes score of 89% and the overall consensus is that the original movie can now lay claim to at least one good sequel. Here’s a closer look at what the critics have to say.

The Early Buzz For Ghostbusters: Afterlife 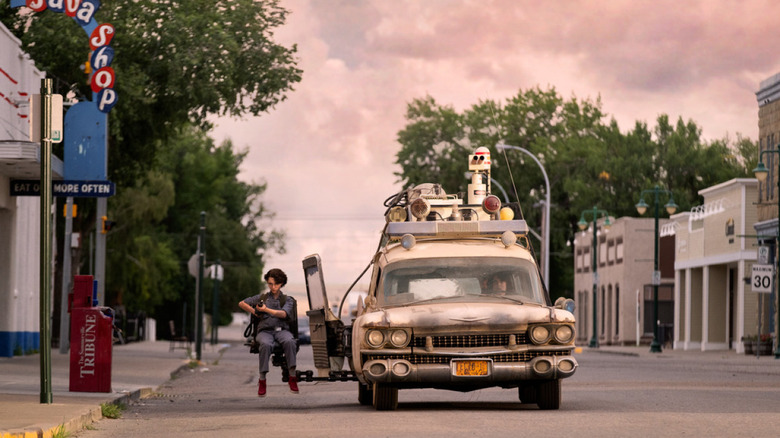 Ever since Ivan Reitman struck gold with “Ghostbusters” in 1984, the transition from “great movie” to “great movie franchise” has proven tricky. Reitman’s 1989 follow-up “Ghostbusters II” failed to live up to the heights of the original, and plans for another sequel lingered in development hell for decades. The 2016 “Ghostbusters” reboot became ground zero for an exhausting culture war that sapped it of what little fun it had to offer, and “Ghostbusters: Afterlife” has none-too-subtly been framed as a return to the franchise’s roots.

With old, beloved properties like “Ghostbusters,” a sequel attempting to return to its roots can all too easily trip over and land in a muddy puddle of “meh” — honoring the original by slavishly rehashing it and dropping in “hey, remember this?” references, and ultimately just becoming a worse version of a much better movie. Some critics feel that “Ghostbusters: Afterlife” falls into exactly that trap. Entertainment Weekly‘s Christian Holub writes:

There are some jokes here […] but it’s hard to escape the overall sensation of, well, a corpse being exhumed. The tone is overall rather dour; Callie is constantly lashing out at her absent father in what comes off like Reitman (who brought his father to set every day as executive producer) trying to imagine what a broken family would feel like, and not quite getting the tone right. Intentional or not, Ghostbusters: Afterlife is a stark reminder of how much of modern American culture consists of excavating the ruins of past glories.

io9‘s Germain Lussier found that “Ghostbusters: Afterlife” was “highly enjoyable” when it committed to scenes of the kids discovering the wonders of busting ghosts, but was held back by its deference to the first movie:

Ghostbusters: Afterlife is a film at war with itself, unsure of exactly what it wants to be. On the one hand, it’s a heartwarming tale of a family in need, forced out of their home, hoping to get a fresh start in life. On the other, it’s a sequel to two of the most beloved sci-fi comedies in film history. Throughout, those two pieces dance together—often harmoniously, sometimes not—until the latter takes over and almost fatally decays everything that worked beforehand.

Both these reviews take care to point out that longtime fans will probably enjoy all the references and nods to the past in “Ghostbusters: Afterlife,” and that the movie may well be exactly what “Ghostbusters” enthusiasts are looking for. On the other hand, Variety critic Peter Debruge (who admits he didn’t particularly care for the 1984 movie) writes that “Afterlife” doesn’t just rest on its laurels, but manages to set itself apart in a way that will be enjoyable for young newcomers as well.

Between “Stranger Things” and the upcoming “Top Gun” sequel, ’80s pop culture nostalgia seems to be at an all-time high, but “Afterlife” tries not to lean too heavily on that sentiment alone. It’s designed to work for those who’ve never seen any of the franchise’s earlier incarnations, and though the film adopts an unmistakably Amblin-esque vibe[…] you needn’t have grown up on such movies to appreciate how they elevate adolescent rejects to hero status.

Empire‘s Olly Richards also praises “Ghostbusters: Afterlife” for taking the time to properly establish its “new generation” of Ghostbusters, writing that the movie is “rich with affection for its source but excited about new ways to play with it.”

Overall, it sounds like “Ghostbusters: Afterlife” could make for a perfect back-to-the-movies family day out: Enough of a nostalgia factor to keep parents happy, while kids have a new cast of young Ghostbusters their own age to connect with.

Read this next: Sci-Fi Box Office Bombs That Deserve A Second Chance

JoBlo: CHUCKY “Give Me Something Good to Eat” Trailer (2021)