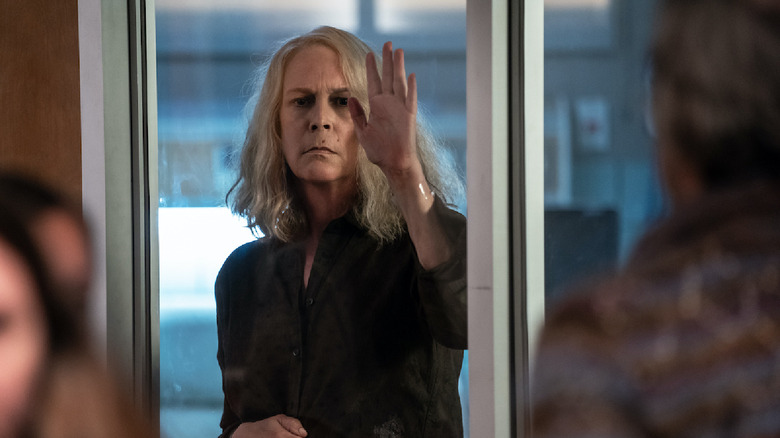 Just a few weeks away from The Night He Came Home and on the eve of the release of David Gordon Green’s “Halloween Kills,” star Jamie Curtis is here to give everyone one last scare. “Kills” is Green’s second film in the resurrected, Blumhouse-backed “Halloween” franchise, a sequel to “Halloween” (2018). In it, Laurie Strode (Curtis) teams up with two other generations of Strode women to face down and give Michael Myers the sound defeat he’s been needing since John Carpenter and Debra Hill originally conjured him to the big screen in 1978.

In Carpenter’s o.g. “Halloween” (if you haven’t seen that then I don’t understand why you’re here, please log off and watch the movie), Laurie Strode falls under the masked eye of Michael Myers, a former patient of Smith’s Grove Sanitarium (he was a bad boy). He wreaks havoc on the town of Haddonfield, stacking up bodies including Laurie’s friends — she was the only survivor along with the children she was babysitting. In Green’s 2018 sequel (skipping any other sequels and all lore built in between 1978 and now), Laurie is 40 years older, and she still wants to throw down with the guy. She’s out in the woods, shooting, rocking tank tops, setting up snares — she’s ready.

She gets her chance, and Michael burns alive in her basement. Or does he?

“People Are Going To Be Agitated By It.” 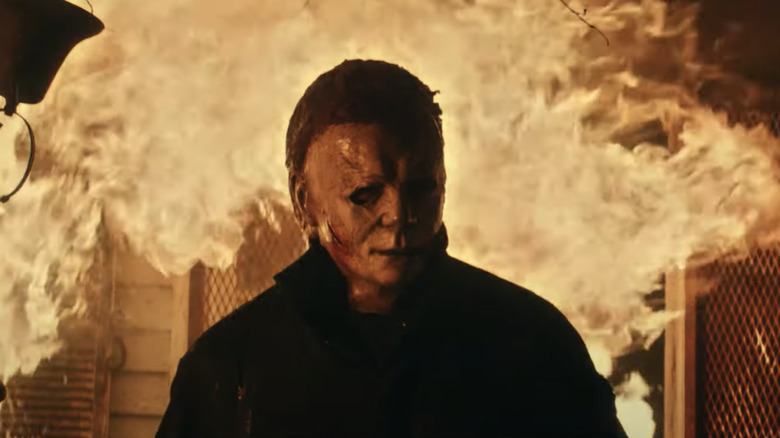 So, “Halloween Kills” arrives in theaters this week. All along the way, Curtis has been on the hype train for the movie, and that continues for the third and final film in Green’s offering of the Michael/Laurie saga. “Halloween Ends” is scheduled for an October 2022 release, and Curtis, in an interview with The Illuminerdi, divulges that next year’s finale will have some shock value:

“It’s going to make people very angry. It’s going to stimulate people. People are going to be agitated by it. And it is a beautiful way to end this trilogy. Now that’s all I kind of knew from David. Only recently have he and I started to talk a little bit post-Venice film festival a little bit about the movie, a couple little tweaks that I’ve offered, but very little that you know, this man makes great movies. I just have to stay out of the way.”

With Curtis teasing that the preceding “Halloween Kills” expands from Laurie Strode’s story to the town’s story and deals with a violent uprising to hunt the killer down, it tracks that the third and last film of the trilogy would close the book with a bang. Curtis, for her part, is ready to conclude her journey with Strode.

“Halloween Ends” is expected to arrive in theaters in October of 2022.

Read this next: The 14 Best ’80s Halloween Movies To Watch This Spooky Season

“The Fall of the House of Usher”: Netflix and Mike Flanagan Developing Series Based on Edgar Allan Poe Stories!

‘Dead & Beautiful’ Shows Off an Impressive New World of Vampires