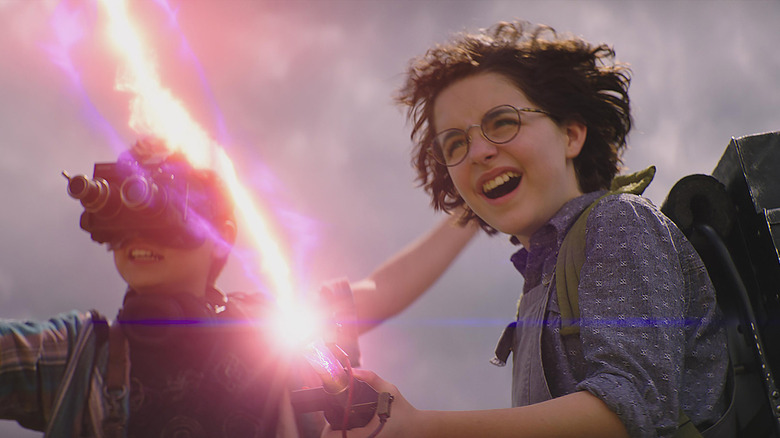 “Ghostbusters: Afterlife” has divided critics, and if bustin’ no longer makes everyone feel good, at least part of that can be attributed to the film’s treatment of the late Harold Ramis, who co-wrote the script for the original “Ghostbusters” and played the brainy Egon Spengler. However, one person who was happy with it was Ramis’ eldest daughter, Violet Ramis Stiel.

If you haven’t seen “Ghostbusters: Afterlife,” look away now, because spoilers are about to escape this ghost trap and go flying all over the place.

In “Afterlife,” Carrie Coon plays Egon’s daughter and Mckenna Grace plays his granddaughter. According to The Hollywood Reporter, both actresses prepared for the movie by reading Stiels’ memoir, “Ghostbuster’s Daughter: Life With My Dad, Harold Ramis.”

Moreover, director and co-writer Jason Reitman, himself the son of “Ghostbusters” director and “Afterlife” producer Ivan Reitman, involved Stiel in the creative process. As fellow Ghostbuster kids, they had known each other since childhood, and she was one of the first people to read the script for “Afterlife.” Stiels told THR:

“[Jason Reitman] was so careful to get it right, to really honor the early films and everyone who was in them, but also to make something for now and the future. Maybe he is the only person who could do that. He is the physical bridge.”

The first “Ghostbusters” is the quintessential horror comedy, so you wouldn’t necessarily expect the franchise to tip into grief, but for Stiels, that’s part of what this new movie, “Afterlife,” is about.

The Ghost Of Egon 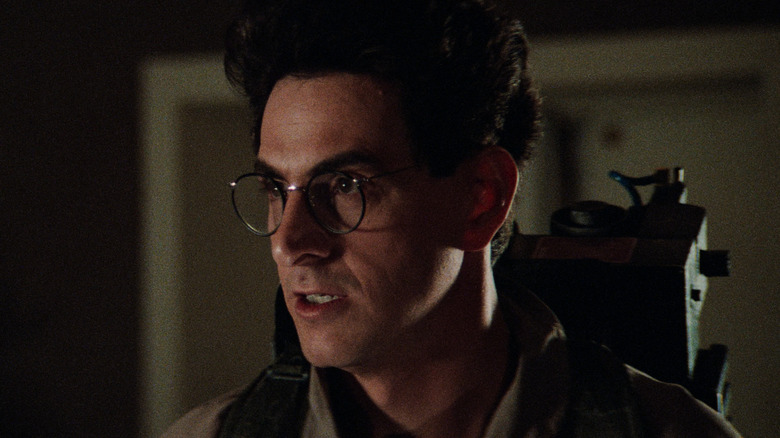 “Afterlife” is the first foray into franchise filmmaking for Reitman, a director with a background in comedy-dramas like “Up in the Air.” In addition to that, it’s a movie arriving in a world that has been rocked by a pandemic over the last two years. Stiels continued:

“One thing that is timely about the movie is yes, it is a comedy, but it is also about loss and grief. And we are all dealing with that.”

For some, “Ghostbusters: Afterlife” resurrecting Ramis via CGI (similar to Peter Cushing in “Rogue One: A Star Wars Story,”) might be an uncomfortable moment in a film that caters heavily to the nostalgia of “Ghostbusters” fans. Stiels, on the other hand, felt that the ghost of Egon — showing up alongside his fellow original Ghostbusters in “Afterlife” — respected the legacy of the character her father created. She said:

“It was surreal. There are so many parallels to real life, but it is just a movie. And it is not actually him. It is a character. Jason, smartly, focused on capturing the Egon character and not necessarily my dad. I feel like it really worked in that way. Ultimately, it leaves us with that feeling: The people we love are always with us. They don’t go away.”

“Ghostbusters: Afterlife” is in theaters now.