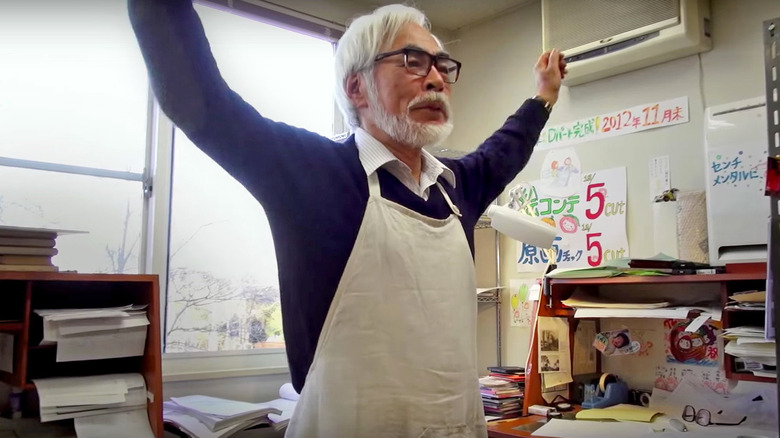 There are so few constants in life, but if there’s anything we can count on, it’s Hayao Miyazaki refusing to retire. The legendary filmmaker has once again confirmed his plans to emerge from retirement for one final feature film. First announced back in 2017, “How Do You Live?” is inspired by the 1937 Yoshino Genzaburō novel of the same name. It’s not a direct adaptation; rather, the book exists in the film as something that is very important to the young protagonist. A coming-of-age drama about a 15 year old navigating school and home life, “How Do You Live” is now described as “fantasy on a grand scale,” a very familiar prospect to all Studio Ghibli fans.

Thanks to a New York Times T Magazine profile, we finally have a few new insights into “How Do You Live?” While Miyazaki remained pretty tight-lipped about details, we know that the story follows “a 15-year-old boy in Tokyo, small for his age and fond of mischief, whose father has recently died.” As for the question posed by the film’s title, Miyazaki said, “I am making this movie because I do not have the answer.” And if that doesn’t make you worry about how powerfully this film will strike your emotions, then consider this: the film has also been described as a gift for Miyazaki’s grandson. Studio Ghibli co-founder and producer Toshio Suzuki said, “It’s his way of saying ‘Grandpa is moving on to the next world, but he’s leaving behind this film.'”

We previously speculated that “How Do You Live?'” would arrive sometime after 2023, and while the question of release isn’t broached in the profile, it certainly doesn’t seem like the film will arrive in the next year. In 2020, Suzuki estimated that a year of work on hand-drawn animation got them to 12 minutes worth of movie; after three years they had 36 minutes completed. At the time he said, “we’re hoping it will finish in the next three years,” which leaves us waiting until at least 2023. 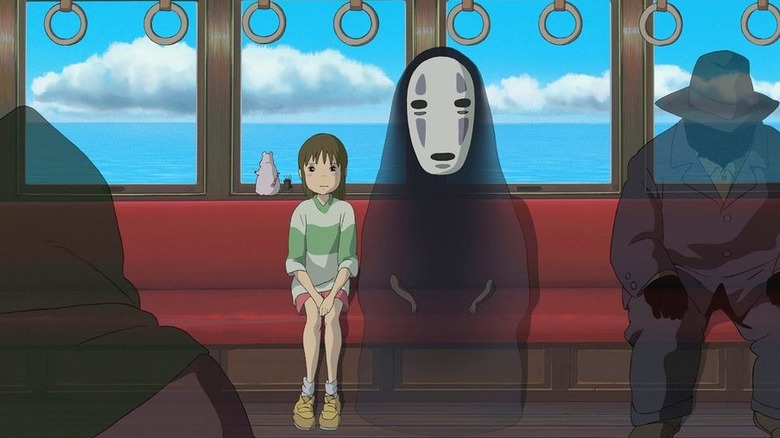 At this point, Hayao Miyakazi coming out of retirement feels like a tale as old as time. It hasn’t happened that many times but let’s be real, even a single recurrence tends to stick in the brain — especially when it concerns a visionary director with an audience that’s more than primed for another feature film. Back in 1998, Miyazaki announced he would make no more features, but that brief bout of retirement lasted all of one year. When he returned to Studio Ghibli in 1999, he came with the story idea that would become his masterpiece, “Spirited Away.”

Miyazaki announced retirement again in 2013 after 11 feature films, cemented by Studio Ghibli temporarily suspending its production department. But once again, his story continued on. Earlier this year, /Film’s Hoai-Tran Bui spoke to “Earwig and the Witch” creator Goro Miyazaki, son of the lauded animator, who said:

“Hayao Miyazaki, he wasn’t able to stay away that long. He needed to create something in order to live, basically. So he started with making a short film for the [Ghibli] museum, and then he went on to making his new feature-length film.”

Suzuki, Miyazaki’s longtime collaborator, said he initially tried to talk him out of the return — but we all know Miyazaki can’t truly stay away. Suzuki ultimately caved because, in his words, “The whole purpose of Studio Ghibli is to make Miyazaki films.”

“How Do You Live?” doesn’t yet have a release date, but we’ll keep you updated as production continues.

Read this next: The 14 Best Animated Movies (That Aren’t Made By Disney Or Pixar)

The post Hayao Miyazaki’s Next Film, How Do You Live, is a ‘Grand Animated Fantasy’ appeared first on /Film.

/Film – ‘Slash Film: Hayao Miyazaki’s Next Film, How Do You Live, Is A ‘Grand Animated Fantasy”
Author: Shania Russell
Go to Source
November 24, 2021

‘Slash Film: Everything We Know About The Donkey Kong Movie So Far’