At this point, HBO might as well set aside their own channel dedicated to all things Game of Thrones. Ever since the flagship series came to a divisive end in May of 2019, the search has been on for the next heir apparent to the throne…and unsurprisingly, that will likely involve another Thrones spin-off.

The Hollywood Reporter brings the news that there are now two more animated Game of Thrones series currently in development at HBO Max, in addition to the one that was previously reported. One of these storylines will apparently be set in the fictional realm of Yi Ti, a previously-unseen region located in the continent of Essos and an approximate stand-in for Imperial China.

Additionally, another potential show is no longer on the table. Never officially confirmed by HBO, a series that would’ve been set in the poorest area of King’s Landing, called Flea Bottom, has apparently been shelved. With so many different ideas being considered all at the same time, it was a fait accompli that multiple proposed series wouldn’t quite make it over the finish line. This series had potential to focus on a more grounded perspective, as these slums (almost literally under the feet of mighty kings and rulers) were the original home of Game of Thrones characters such as Gendry (Joe Dempsie) and Davos Seaworth (Liam Cunningham).

The Hollywood Reporter claims this was never a main priority among the higher-ups anyway, so the three animated projects as well as the currently-filming House of the Dragon prequel will take center stage for now. 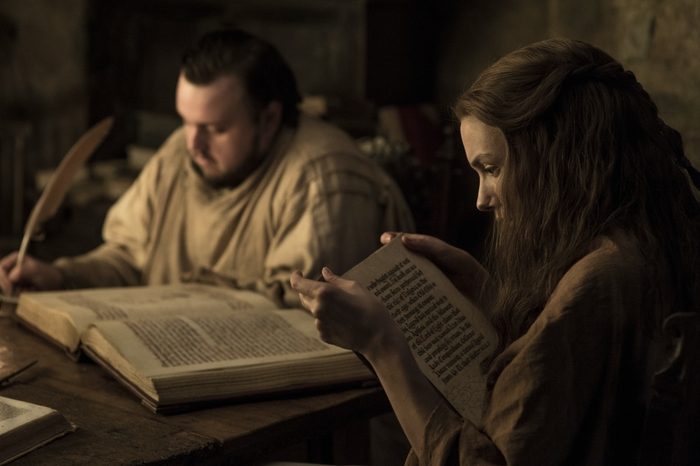 What You Need To Know About Yi Ti

The Golden Empire of Yi Ti was referenced more often in author George R.R. Martin’s A Song of Ice and Fire novels than the original HBO adaptation, but it plays a very significant role in the realm’s history nevertheless. Having never been defeated by outside forces and predating even the Valyrians (who are the ancestors to the Targaryen family featured prominently throughout Thrones), the Yi Ti empire is described as “one of the oldest and most advanced societies in the known world.”

Should this project come to fruition, animation will absolutely go a long way towards allowing viewers to witness the grandeur and majesty of this near-mythical kingdom. Martin borrowed liberally from European history when creating Westeros, the setting for the majority of the action in Thrones, and in much the same way used Imperial China as inspiration for Yi Ti. Back when the author was active in the comment sections of his personal blog instead of writing his still-ongoing books, Martin briefly referenced Yi Ti and confirmed its real-world influences in response to a fan dismayed by the apparent lack of representation for Asians in Martin’s fantasy world:

“Well, Westeros is the fantasy analogue of the British Isles in its world, so it is a long long way from the Asia analogue. There weren’t a lot of Asians in Yorkish England either. That is not to suggest that such places don’t exist, however. You will want to get The World of Ice and Fire when it comes out…in the “Other Places” section you will find a lot of material about Yi Ti, the island of Leng, and the plains of the Jogos Nhai, which you may find of interest.”

It remains to be seen just how far along these animated shows will progress, but we’re pretty excited about the potential for a series that is so far removed from the petty royal conflicts we’ve grown used to.

Speaking of which, updates for the House of the Dragon live-action series keep rolling in. That spin-off is set for release on HBO and HBO Max sometime in 2022.