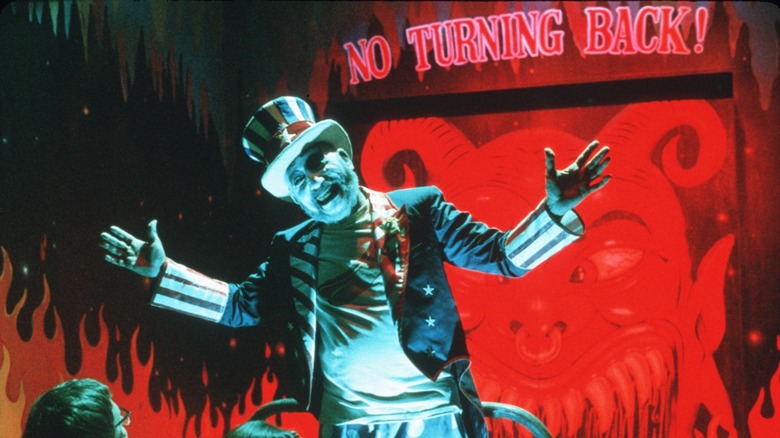 Prior to directing his debut feature — 2003’s “House of 1,000 Corpses” — Rob Zombie cut his teeth on multiple music videos, some for his own band White Zombie, one for the ’90s metal band Prong, and one for Powerman 5000, fronted by his brother. No one formally told Zombie how a music video ought to look, how to operate an editing bay, or how to light a shot. He had to learn by doing. It also likely helped that Zombie was obsessed with television from an early age, and would — by his own admission, in an interview with Conan O’Brien — take in nine hours of TV a day. Not even interesting shows, necessarily, but early morning farm reports were part of his media diet. Through those hours, Zombie seems to have internalized the way television ought to look. This was also about the time a babysitter of his would drop him off at horror movies unattended so she could, in his words, get high with her boyfriend. He liked the monster movies best (a monster carrying away a girl? Sold!), and he became obsessed with the genre. Add to that a youth among a traveling carnival (“gnarly, nasty, midway style”), and one can see Zombie’s obsessions as a rocker and as a filmmaker start to emerge.

As an artist, Zombie evolved organically. He listened to his favorite music (Alice Cooper, Black Sabbath, Metallica, etc.) and made music of his own. He watched his favorite movies (“The Cabinet of Dr. Caligari,” “Munster, Go Home!,” “The Texas Chain Saw Massacre”) and made movies of his own. He emerged — as we all do — a unique blend of his immediate influences, becoming a force unto himself. 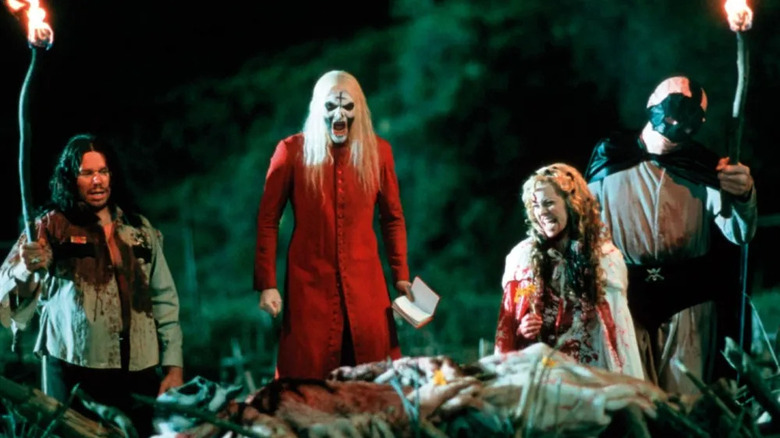 In a 2014 interview with The Flashback Files, Zombie talked about his distinct lack of education, and how he kind of felt around himself to discover filmmaking from within. As one may predict, a strong-willed iconoclast like Zombie never took well to authority. He admits to ignoring his teachers, preferring to work at his own pace (something that doesn’t seem to have been encouraged by his school). Says Zombie:

“I’m self-taught in everything. I don’t like being taught. When someone starts explaining things, I stop listening. I’ve always been like that, even as a little kid. I was terrible in school, because I wouldn’t listen. I would rather just figure it out myself. Even now, with everything from Avid editing to Photoshop, no one ever taught me. I just sit there and figure it out. Same thing with films and music.”

Zombie’s bitterness toward teachers came to a head when he enrolled in college. He attended The Pratt Institute, a private university in Brooklyn New York, and became suspicious of the way art professors would teach technique. He found the teaching of art to be anathema to creativity, and formalism to be bunk. Eventually, Zombie concluded that the art teachers themselves had, generally speaking, a bone to pick:

“I think it’s kind of good that way. I went to college for painting. I used to love to paint. But when I was in college, the way the instructors would deal with you, really made me hate painting. I realized so many of the instructors are failed painters. They don’t even like their students. They see them as competition. That really turned me off of painting. I never wanted that to happen with other things I love to do.” 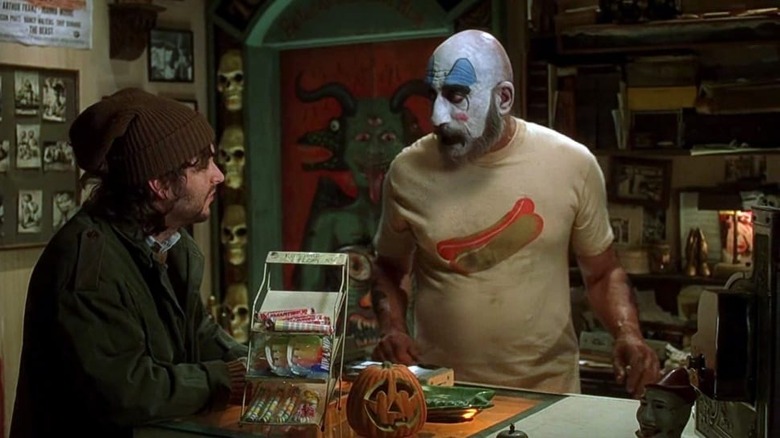 From his unintentional lessons at the Pratt Institute, Zombie entered the world of music with a “no rules” ethos. Making art, he seemed to feel, should not be that complicated. Study, he had already discovered, was something that could come naturally in his free time, and technique needn’t be slavishly analyzed. His succinct, rock ‘n’ roll statement to that effect boiled down to merely

So when it came to making music videos, Zombie made them under his own operational ethos. He learned his way around cameras and editing equipment because he knew what he wanted, not necessarily because a music video ought to look a certain way. It was the music videos that gave him the hands-on experience and technical know-how to make a feature film. Inspired largely by “The Texas Chain Saw Massacre,” “House of 1,000 Corpses” is about a family of mad misanthropic murderers who eschew civilization, kidnap tourists, and feed them to the bloody subterranean cyborg named Dr. Satan. It’s crazed, nonsensical, and certainly unique.

“House of 1,000 Corpses” was not well-received critically, and Zombie wouldn’t be celebrated as an evolved filmmaker until the 2005 release of “The Devil’s Rejects,” an earthier, more human sequel to “Corpses.” (To negative criticism, Zombie says “I really don’t care” citing that most of his work gets bad reviews initially, only to be reappraised later). Zombie chalks up the relative quality of “Rejects” to the educational experience he had on “Corpses.” 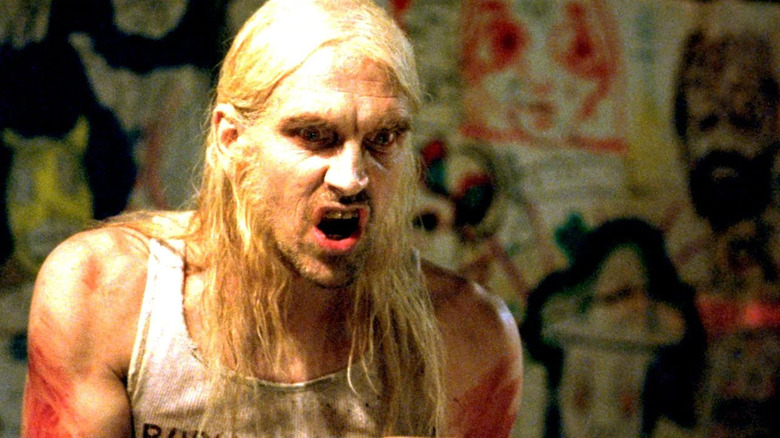 “By the time I made my first movie I had already made about thirty music videos. I learned a lot. It’s different, but it’s the same. You know what the art department does, how wardrobe works, what a camera crew consists of. The basics I knew. So, when I started my first movie, what I learned was stuff like scheduling. The reality of making a movie, which you are not going to learn in school. You can only learn that by making a movie. So by the time of ‘The Devil’s Rejects’ I felt like I had gone through a crash course of filmmaking.”

But Zombie learned a notable lesson that one cannot learn from film school: Be a capable authority figure. A director has to make hundreds of decisions a day, and has to assure everyone knows about their decisions. Zombie knew, making “Corpses” that he had to answer many, many questions from cast and crew, and that he would have to be able to confidently implement ideas at a moment’s notice. In Zombie’s words, that means the Boy Scout motto:

“That was the main thing I learned on my first movie was that you really have to be prepared. Once you’re on the set, there is no time. You already have to know the answer to every single question. That’s what I did on ‘The Devil’s Rejects.’ I prepared every tiny little thing.”

Since then, Zombie has directed five additional features, including two installments in the “Halloween” series, a second sequel to “Corpses,” and the feminist rock fable “The Lords of Salem.” He has certainly established his skill and his voice. Zombie’s new film “The Munsters,” based on the hit sitcom, will be released later this year.

‘Slash Film: Westworld’s Ed Harris On The Difference In Playing A Host Vs. A Human’