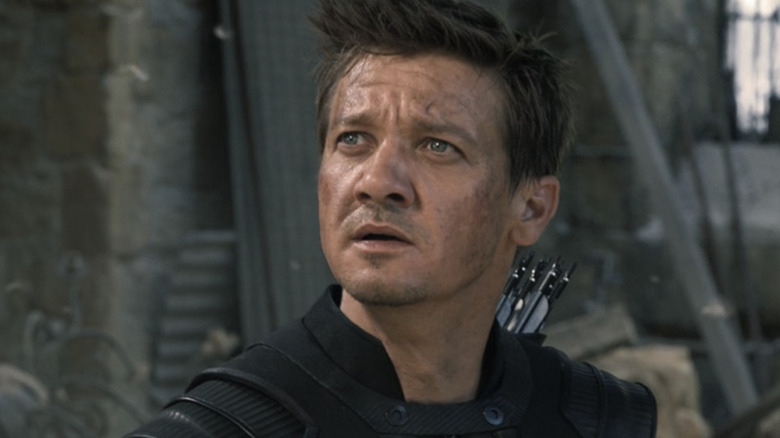 Let’s face it: Jeremy Renner’s Hawkeye has never been the most impressive Avenger. When you stack him up against the other founding Avengers: Iron Man, Thor, Captain America, the Hulk, and Black Widow — all of whom have had their own solo movies — Hawkeye comes out looking like the least mighty of Earth’s Mightiest Heroes. He’s basically just a guy in a sleeveless shirt with a bow and arrow.

Now, that guy, Clint Barton, is getting his own Disney+ series, “Hawkeye.” It’s a consolation prize for 10 years of archery, and according to executive producer Trinh Tran, it will lean into Clint’s past as the butt of many jokes in the early days of the Marvel Cinematic Universe.

In /Film’s interview with her, Tran discussed where “Hawkeye” finds Clint in his journey as a character. She said:

“I think sometimes he still, in a way, feels like he’s a punching bag. And I think that is an element that we obviously wanted to preserve with what we have established with his character. But there’s also a different side of him that hasn’t been explored yet. So at some point, it was a matter of when are we going to be able to tell the Clint Barton story, and how does that actually fit within the timeframe and space that we have in the MCU going forward with the direction that we want to head off with?” 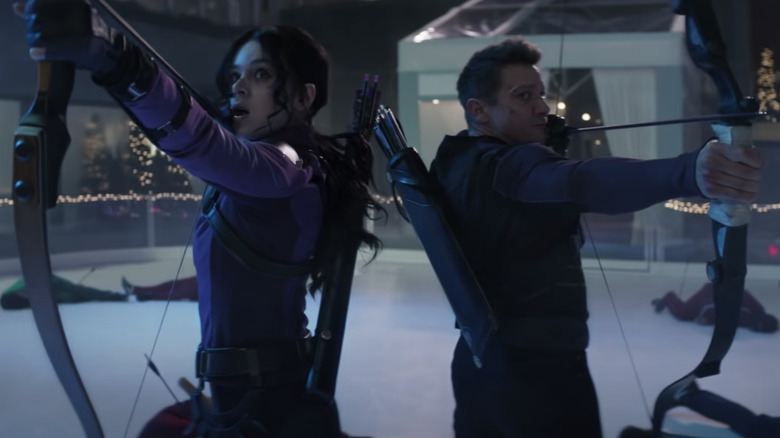 “It just made sense that, at this moment, this story of his is being told during this holiday season and sort of pulling a little bit from the different side of him that we haven’t seen before in the last decade that we’ve created that version of Clint. And it is through Kate Bishop’s introduction that helps get this side out.”

Hawkeye first cameoed in “Thor,” but it wasn’t until “The Avengers” that he saw some significant screen time. The only problem is, for much of the movie, he didn’t even have a mind of his own because Loki had brainwashed him. This was our first real introduction to him: as Brainwashed Bow-and-Arrow Guy.

Considering the fact that Renner was coming off back-to-back Oscar nominations when he made his MCU debut, it feels like his character has often gotten short shrift. “Avengers: Age of Ultron” introduced Hawkeye’s family, but he was absent altogether from “Avengers: Infinity War,” and it wasn’t until “Avengers: Endgame” that we saw him undergo some serious character development.

Other members of the “Hawkeye” creative team have said that Clint’s darker Ronin side will resurface in the series, but overall, it’s clearly striving for a cheeky Christmas action movie vibe. Having Kate Bishop (Hailee Steinfeld) act as a character foil for Clint may be a way of fleshing out his character more even as he looks to hand off the Hawkeye mantle to her.

‘Slash Film: Ozark Season 4 Teaser: Marty Byrde Looks Back On The Sins Of His Past’