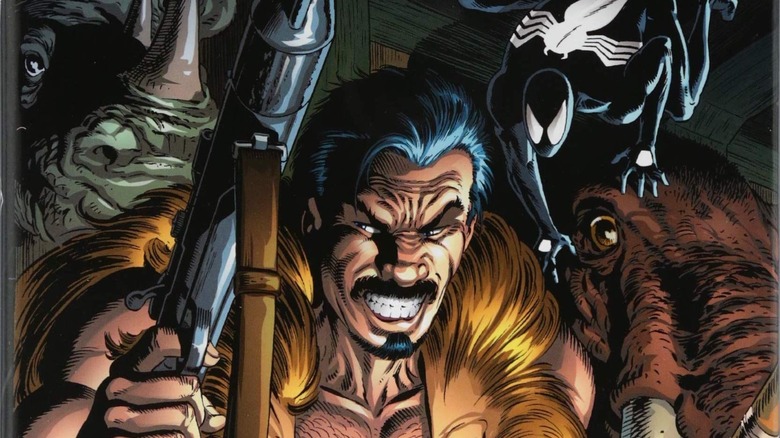 When it comes to Sony Pictures’ Spider-Man movies, comic book movie fans have been on quite a rollercoaster over the past few years. While the studio has produced arguably two of the best superhero movies ever with “Spider-Man: Into the Spider-Verse” and “Spider-Man: No Way Home,” they’re still dead set on crafting their own live-action Spider-Man universe that’s mostly separate from Tom Holland’s acclaimed portrayal of the character in the Marvel Cinematic Universe. In fact, they’re basically trying to do it without any version of the web-slinger at all, since Sony’s Marvel movies have focused on turning some of the hero’s greatest villains into anti-heroes.

To be fair, this idea makes sense in theory. Comic books are filled with villains that have turned over a new leaf to live a more heroic life, and vice versa. However, as we’ve seen with “Venom,” “Venom: Let There Be Carnage,” and “Morbius,” Sony’s approach hasn’t been as great in practice. Despite that, they’re moving forward with films based on the superior foes of Spider-Man like Kraven the Hunter (and some not so superior ones, like Bad Bunny’s El Muerto).

But based on Aaron Taylor-Johnson‘s recent comments about his latest comic book movie, it sounds like the upcoming “Kraven the Hunter” won’t just focus on the title character’s anti-heroics. There will be some fundamental changes to Kraven’s whole approach compared to how he’s traditionally portrayed in the comics. 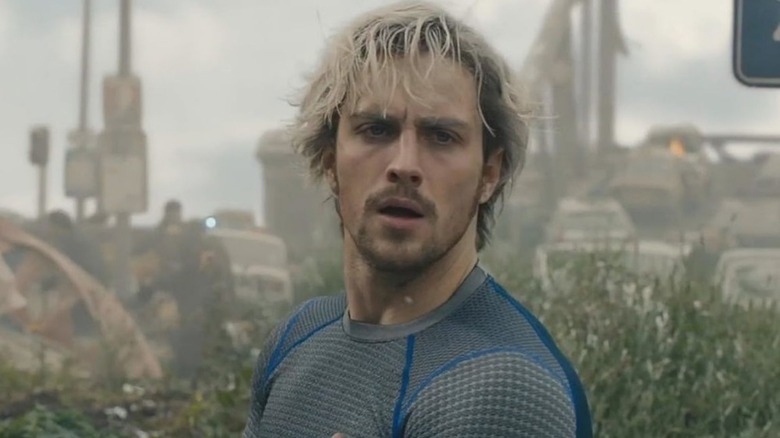 While appearing at CineEurope to promote some other projects, Taylor-Johnson also spoke about his experience on “Kraven the Hunter” so far. According to Variety, the actor says that “Spider-Man’s number one rival” has been interesting to play because the notorious big game hunter is “not an alien, or a wizard. He’s just a hunter, a human with conviction.” That sounds about right. Although, in addition, Taylor-Johnson says Kraven is also “an animal lover and a protector of the natural world.”

In the comics, Sergei Kravinoff leaves his homeland of Russia to become the greatest hunter in the world. In order to do that, he targets Spider-Man because he believes that defeating the hero will earn him that title. But when it comes to hunting more conventional prey, he does have a code of honor that dictates a fair and honorable hunt that usually only involves his bare hands. Clearly, he has respect for the creatures (and creature-themed people) that he hunts to some degree because of this code, but I’d hardly say that qualifies him as “an animal lover” and “a protector of the natural world.” He’s more of a “let’s murder the biggest and baddest animals in the world and use their heads and hides as trophies and clothes” type of guy.

I mean, there’s a chance that the lion head vest that he wears is faux-lion, but it’s not likely.

Considering that nothing will turn an audience against any character faster than seeing them kill animals for sport (no matter how honorably), Sony clearly had to take some liberties with “Kraven the Hunter” if they decided to move forward with the project. But to make him “an animal lover” and “a protector of the natural world” is such a drastic departure from who Kraven is as a character.

The Thrill Of The Hunt 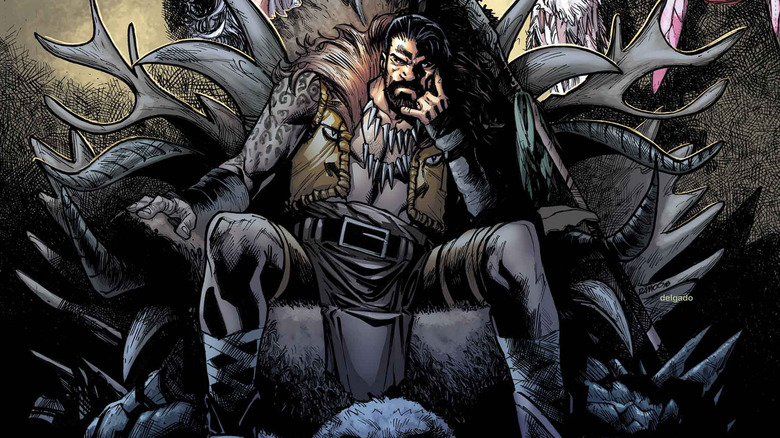 Of course, we haven’t gotten any details about the plot or seen as much as a teaser yet, so there’s still a chance that director J.C. Chandor and writers Richard Wenk, Art Marcum, and Matt Holloway could do something cool with “Kraven the Hunter.” We might catch up with the hunter after he realizes there is bigger and more dangerous game in the universe than Spider-Man, which is something Squirrel Girl helps him come to terms with in the comics. Alternatively, he could be more of a hunter of hunters in this movie, where he targets those that choose to hunt without his code of honor. But if they’re willing to go that far from how long-time fans see the character, they might as well include the hunter’s art-adorned Kra-Van from the 2016 “Unbeatable Squirrel Girl”/”Howard the Duck” crossover (which may or may not be one of the greatest modes of transportation for a super-powered individual ever conceived).

At the end of the day, this isn’t how fans expected to see a live-action Kraven. Not every villain needs a redemption arc, and not every movie inspired by a comic book character with some morally grey areas needs an anti-hero at the center of it. Kraven can still be an arrogant hunter, a tragic figure, and a villain that stars in his own movie all at the same time. Or you could just save him to be the antagonist for the next live-action Spider-Man movie first and then give fans the adaptation of “Kraven’s Last Hunt” that they’ve been clamoring for in a spin-off later. Unfortunately, those decisions are made by people way above my pay grade. For now, we’ll just have to do our best to reserve judgement until we have something to actually judge.

“Kraven the Hunter” is scheduled to pounce into theaters on January 13, 2023.

The post How Sony’s Kraven the Hunter Movie Will Be a Dramatic Departure From the Comics appeared first on /Film.

/Film – ‘Slash Film: How Sony’s Kraven The Hunter Movie Will Be A Dramatic Departure From The Comics’
Author: Ben F. Silverio
Go to Source
June 22, 2022