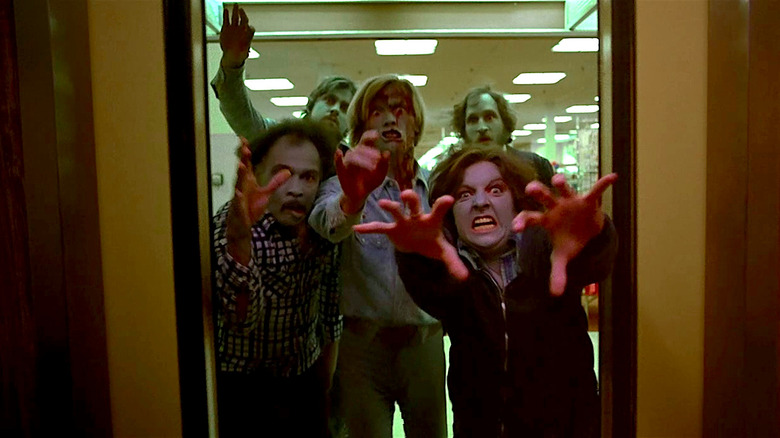 CGI in movies dates back all the way to the early ’70s, when the film “Westworld” featured CGI in scenes involving the robot Gunslinger. A few decades later, “Toy Story” would become the first film to be entirely rendered in 3D animation. Since then, the use of CGI in film has taken off and never looked back. Gone are the days of special effects that rely on a particular form of physical artistry rather than the use of a computer. As dazzling and convincing as these computer generated effects can be, there are times when I long for the days of practical effects, where on-screen spaceships were nothing more than cleverly shot miniature models and werewolf transformations had to be completed with the use of intricately-built puppets. Today, it seems like practical effects exist in an entirely different world from CGI, and when I think of them, the first name that comes to mind is Tom Savini, the king of prosthetic make-up, the master of horror gore.

If you love horror movies, you love Tom Savini (unless you don’t, in which case, that’s weird!). He is the ruler of the on-screen kill, making horrific decapitations and stabbings and full-body rippings look real and gory and gross. Often synonymously linked with another major horror icon, George A. Romero, Savini has made an impressive career out of making audiences squirm. In many ways and for many people, he is largely responsible for pushing the boundaries of horror special effects forward. Even now, over four decades after he first impressed people with his gory work on Romero’s “Martin,” people flock to enroll in his special effects make-up program at the Douglas Education Center. There is still much to be learned from such a master, and I feel pretty confident in saying that the horror genre — and plenty of other movie genres as well — would not be the same without him and his impressive body of work.

Seeing The Real Thing Makes All The Difference 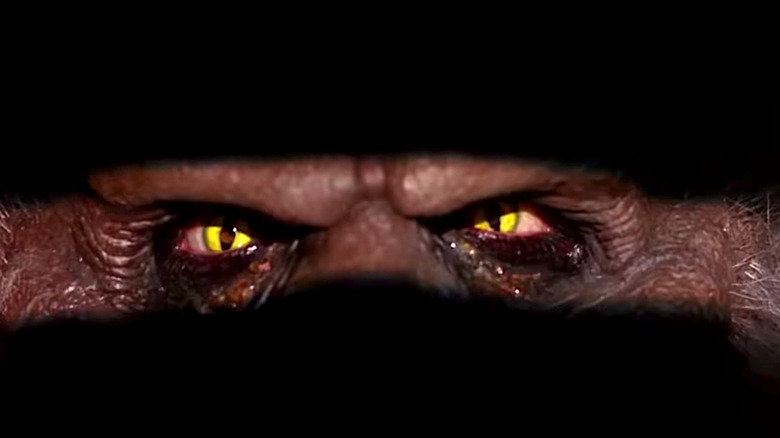 If you’re familiar with Savini’s work, you have most likely been impressed with the level of realism he achieves. Take Captain Rhodes from “Day of the Dead,” for example. His death scene is one of the most beautifully disgusting moments in cinematic history simply because watching his body get pulled apart feels so damn realistic that you find yourself wondering both how it was done and how Savini knew exactly what a man being ripped in half might look like.

The answer is a dark one — Savini is a Vietnam War veteran, serving as a photographer for the army. In an interview for The Independent, Savini talks about the horrific things he witnessed saying, “I guess Vietnam was a real lesson in anatomy.” Suddenly, the death of Captain Rhodes is starting to make a lot more sense. Of course, it’s easy to understand how someone not only subjected to the horrific effects of war but also forced to photograph them might end up with a wealth of unintentional knowledge about the ways bodies can be destroyed or decayed. He told The Independent: “This is the reason why my work looks so visceral and authentic.” He lived the real thing and was then remarkably able to translate that to the screen.

Savini’s time in Vietnam wasn’t his main inspiration for his eventual career in practical effects, though. He had always harbored an interest in the subject ever since he was a young boy. His time during the war, while horrific and profoundly life-changing, also allowed him a certain level of insight into death that helped inform his future work. When asked about the horrors of Vietnam, he told The Independent, “What saved me from going insane in Vietnam was looking at these horrible scenes like they were a special effect someone else had created.”

A True Master Of Horror 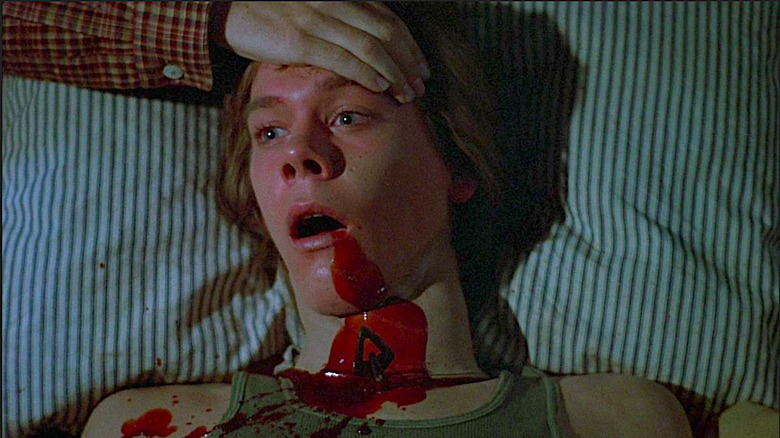 With a childhood passion already burning and first-hand, albeit grim, knowledge of the human body gained during his time in Vietnam, Savini started his career in special effects make-up with a serious advantage in the industry. People really started to notice him during his time working on Romero’s deeply chilling non-vampire vampire film “Martin,” and Savini would go on to collaborate with Romero for the rest of his career. His work on both “Dawn of the Dead” and “Day of the Dead” has become iconic to both the zombie genre and horror in general, and no one will ever forget the first time they experience the magic that is Fluffy, the rabid, demonic creature that appears in Romero’s beloved horror anthology “Creepshow.”

Fluffy was an animatronic puppet that Savini designed specifically for “Creepshow,” and in an interview for RogerEbert.com, Savini explained how he “had never done an animatronic creature before” that film. He was lucky enough to get some advice from another special effects king, Rob Bottin (the mastermind behind the sinewy, creepy assimilations that appear in John Carpenter’s utterly brilliant “The Thing”), and the Fluffy that we know and love today was born.

Savini’s work is everywhere, and though he is probably most well known for his partnership with Romero, he’s worked on plenty of incredible horror movies. Films like the original “Friday the 13th,” the deeply-demented “Maniac,” and the sequel to Tobe Hooper’s “The Texas Chain Saw Massacre.” He has also provided effects for classic television shows like “Tales From the Darkside,” and he even — and this one both surprised me and made me swoon — worked on an episode of the PBS children’s show “Ghostwriter.” Seriously. “Ghostwriter.” The one with Samuel L. Jackson and the little ghost that looked like a funky, sideways semicolon! Praise be to a true children’s classic!

Many of the films Savini has worked on are also films that he has acted in or even directed. It’s always a little thrill to be watching a horror movie and then, suddenly, there’s Tom Savini onscreen, doing his thing. Between his impressive work in film and his work with the students in his special effects make-up program, Savini has proven himself to not just be the man who helped define special effects in horror, but also as a man doing his best to keep the magic of practical moviemaking alive for generations to come.

Read this next: The 20 Best ’80s Horror Movies Ranked

JoBlo: ALL OF US ARE DEAD Official Trailer (HD) Netflix Horror Series