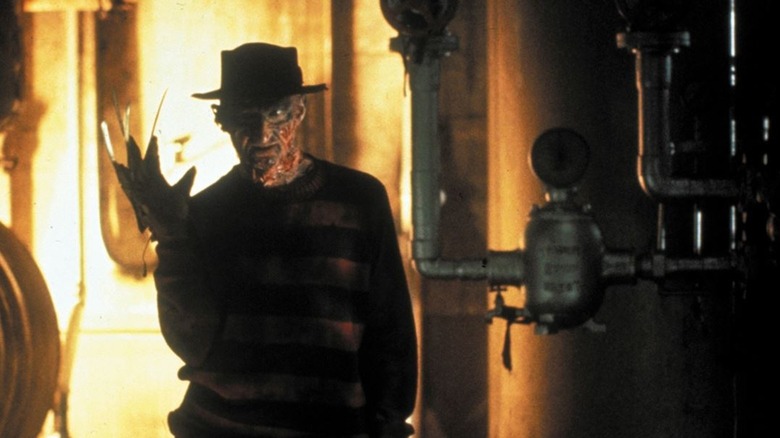 Even if you aren’t a horror fan, if you saw Freddy Krueger’s shadowy silhouette, you’d be hard pressed not to know that it was him. Stalking nightmares since his debut in “A Nightmare on Elm Street,” Krueger has cut a memorable swath through cinema, with his overall visual design haunting our dreams since in ways other slasher villains haven’t. Krueger doesn’t loom large in foreboding silence with his face covered up. After all, this isn’t Michael Myers or Jason Voorhees, where we can easily project our fears of unknown assailants onto these silent villains. No, Krueger is monstrous to behold and relishes in the fear his face inspires.

With his face burned beyond recognition and those sharp metal claws meant for slicing and dicing, it’s hard not to be afraid of the imposing Kreuger, and Robert Englund’s memorable performances only further solidify that deep sense of unease. What many may fail to realize is that these details are merely what we pick up when we’re close up on the psychotic slasher killer. But what do we see when all we can make out is his shadow?

There is Krueger’s lumbering gait as he slowly makes his way towards his victim. The claws are still visible, but we don’t quite know what they are made of until light glints off of their metallic exterior. To complete the picture is the silhouette of the fedora hat he favors. Krueger’s fedora lives on forever, but it wasn’t always the top pick for the “Nightmare” team. 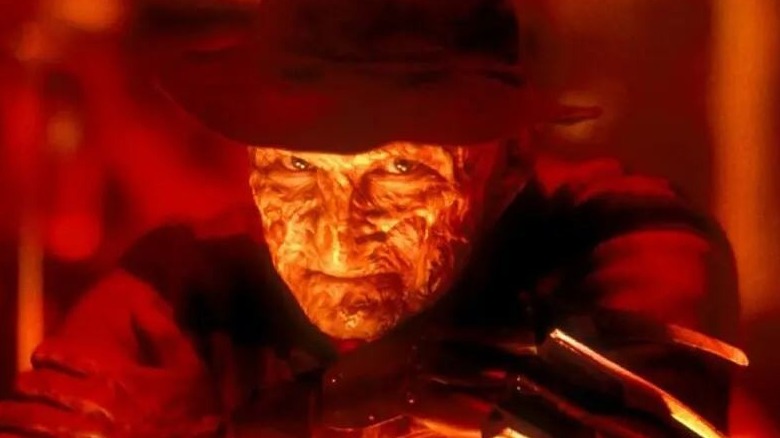 Pre-production on any project involves numerous changes, especially if you’re trying to narrow down a character’s look. With that said, creating a horror movie character as memorable as Freddy Krueger was not without its creative challenges. As Robert Englund would share with Yahoo! Entertainment, the producers of “A Nightmare on Elm Street” tried to throw out a variety of ideas for Krueger’s hat. Englund pushed back against the producers, trying to explain to them that the fedora was the right call for the character, but they produced a flurry of hats — “paperboy hats, baseball hats,” Englund explained. But the actor stood his ground.

Englund talked to Wes Craven, reminding the director that the fedora was all his idea. What ultimately sold the fedora in the end, though, was a visual demonstration from the actor. “I stood and showed my shadow on the wall with the hat and how strong that silhouette was,” he said, “and I took the hat off, revealing the baldness and how he could save that for the right time in the movie.”

Englund standing his ground on this particular costume piece ended up working in his favor. The fedora makes the silhouette standout onscreen. As soon as anyone sees it, they know immediately who might be coming. It’s difficult to imagine how the silhouette would have changed if Craven and Englund had caved to producer pressure to try something else. Thankfully, Englund guaranteed fedora nightmares are forever.

The post If Robert Englund Didn’t Put His Foot Down, Freddy Kruger’s Signature Hat Might Be Different appeared first on /Film.

‘Slash Film: Marlon Brando Once Mooned 500 Extras On The Set Of The Godfather’