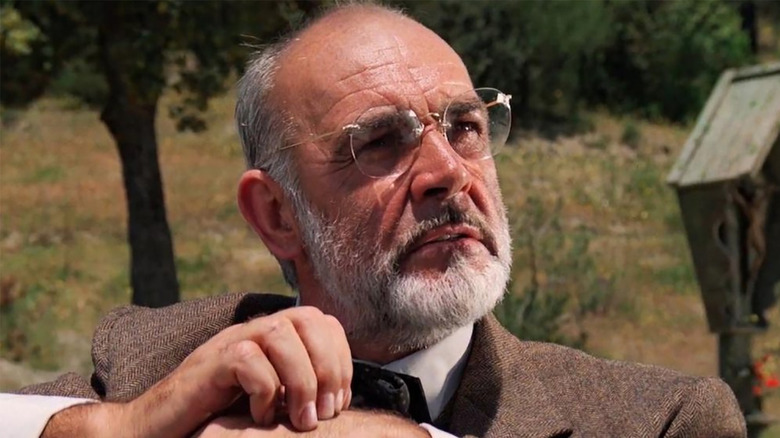 The “Indiana Jones” series of movies is a trio of classic action-adventure films that have stood the test of time. (The less we say about the disappointing fourth entry, the better off we’ll all be.) The third film in the franchise, “Indiana Jones and the Last Crusade,” stands out as the funniest and most light-hearted of the trilogy, with the series seemingly accepting its status as a bit campy and running with it.

The series’ humorous turn can partially be credited to the addition of legendary James Bond franchise star Sean Connery as Indiana Jones’ father, Henry Jones Sr., who joins his son on his latest adventure. The on-screen chemistry between Connery and Harrison Ford, gives the movie more of a buddy-adventure vibe than previous iterations, lending the movie a tone that stands out among the rest of the series. This, along with more humorous character turns from Denholm Elliot as Marcus Brody and John Rhys-Davies as Sallah, make it the most fun entry in the series by a longshot.

Landing Sean Connery in the later years of his career was a difficult task at times, with him famously turning down a spot as The Architect in “The Matrix Reloaded” because he simply “did not get it.” So everyone was thrilled to have Connery on board “Last Crusade” as the famous adventurer’s father.

A Blast To Work With 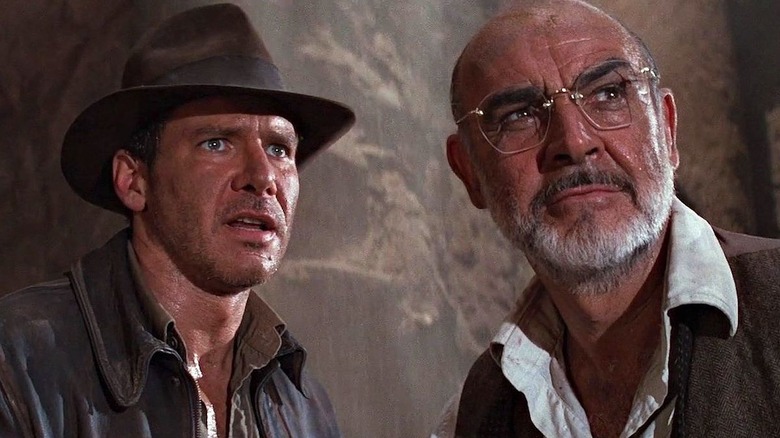 Even with all of his experience directing exciting blockbusters with outstanding casts, director Steven Spielberg revealed in a 2012 piece from Empire that his time with Sean Connery on “The Last Crusade” was some of the most fun he’d ever had on set. “Sean was in a great mood most of the movie because he was able to be funny,” said the legendary director. “He was able to use his comedic skills, and Harrison was in a fantastic mood, because he was able to be the foil for the father. It was the most fun we had between actors in all of these movies.”

It would make sense that Connery would enjoy a lighter film. As the star of so many “James Bond” films during their cheesiest period, Connery clearly had a skill for adventuring with intermittent quips.

“It was just really great to work with an actor who doesn’t give a s**t. I don’t mean about the craft, but about his ego. We just clicked.”

Gold Off The Cuff 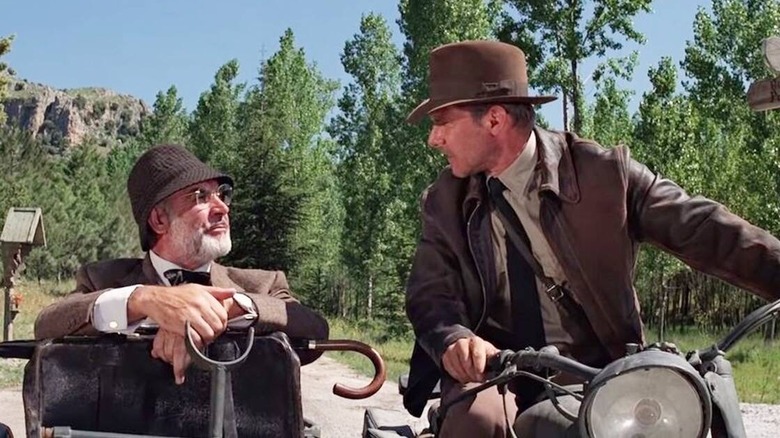 Connery was even credited with coming up with one of the movie’s funniest lines completely on the fly. When the father-son duo discover that seemingly friendly art professor Elsa Schneider is actually a Nazi, Jones Sr. brags that he knew of her true allegiance the whole time. When asked how he knew, Connery quipped, off-script, “She talks in her sleep.”

“It was on the spot,” said Julian Glover, who portrayed the villainous businessman Walter Donovan. “Harrison said, ‘How did you know she’s a Nazi?’ and he said that, and they had to stop filming. Everybody just fell on the floor, and Steven said, ‘Well, that’s in.'”

Connery’s presence not only a huge affect on the movie, but on the lives of those he worked with. Following his death in 2020, Harrison Ford released a heartfelt statement looking back on his time spent with Connery. “You don’t know pleasure until someone pays you to take Sean Connery for a ride in the sidecar of a Russian motorcycle bouncing along a bumpy, twisty mountain trail and getting to watch him squirm,” Ford said. “God we had fun. If he’s in heaven, I hope they have golf courses.”

In the “Indiana Jones” franchise, “Raiders of the Lost Ark” is the classic of the series, while “Indiana Jones and the Temple of Doom” is the moody, albeit racially-insensitive middle child of the group. But if you want to watch Dr. Jones at his most fun and loose, it’s hard to go wrong with “Indiana Jones and The Last Crusade.”

‘Slash Film: House Of The Dragon Introduced Its Coolest Castle Yet With Driftmark’

‘Slash Film: Matthew Modine Knows A Lot More About Papa’s Past Than Stranger Things Has Let Us See’