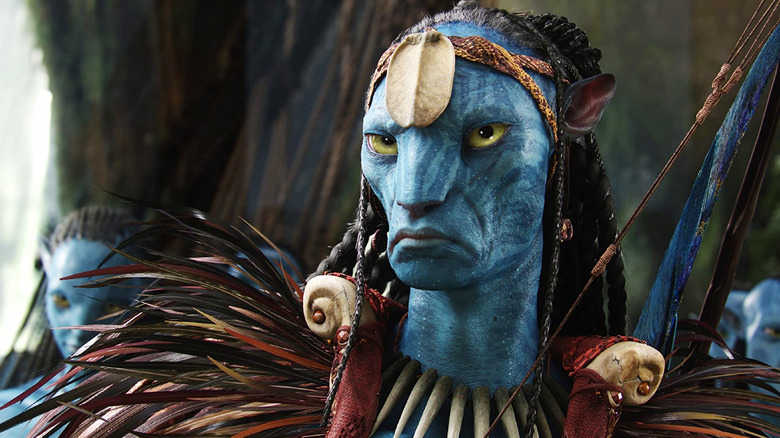 It’s easy to forget just how risky James Cameron’s “Avatar” was back in 2009. On top of costing a pretty penny ($237 million, to be exact), it was an original genre movie coming out at a time when franchises ruled the box office almost as much as they do today. Then there was the design of the film’s Na’vi, an alien race whose peculiar anatomy raised eyebrows long before we found out what their “ponytails” are really for. Not to mention, “Avatar” was a bit of a loaded title for Cameron to use for his tentpole, coming on the heels of Nickelodeon’s popular animated series “Avatar: The Last Airbender” (which had concluded its run just one year prior).

Even the most ardent “Avatar” defender would be remiss not to admit that its plot (an ableist white savior fairy tale about colonialism and its effects on a region’s native population and ecology) is far from the movie’s greatest strength. No, it’s the sheer amount of detail and texture poured into the Na’vi and their luscious forest moon Pandora that makes Cameron’s sci-fi epic worth viewing on the biggest screen available. That doesn’t necessarily come across when you watch the film’s trailer on your computer, either. It’s the same reason why Cameron went out of his way to ensure as many people as possible got their first glimpse at the “Avatar” universe in a theater.

‘We Have To Create That Brand Value’ 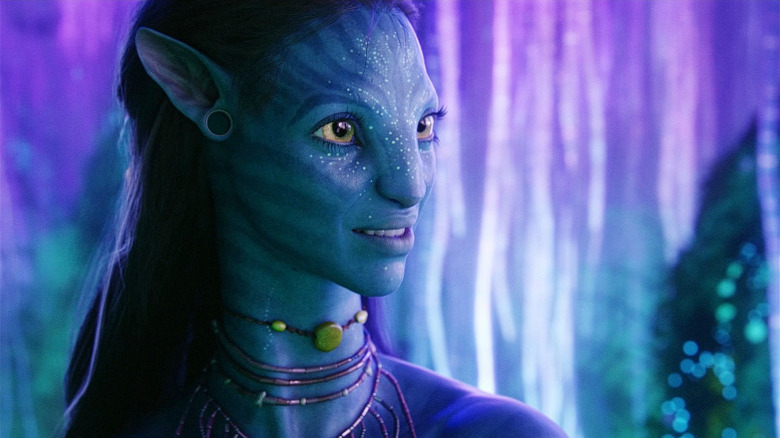 As the director of “Aliens” and “Terminator 2: Judgement Day,” James Cameron knew all too well how helpful it was to have a widely recognized brand name attached to your film when he made “Avatar.” He also knew that an original movie (as “The Terminator” was when he directed it in 1984) could be a double-edged sword in the same respect, as he told Total Film in 2009:

This was also why Cameron recognized that “Avatar: The Last Airbender” posed a problem for his movie, despite it being completely unlike the show (and vice versa) in every other regard:

“‘Avatar’ means something to that group of fans that know this film is coming, but to the other 99% of the public it’s a nonsense word and we have to hope we can educate them. Well, I shouldn’t say a nonsense word, it doesn’t mean anything specific in terms of a brand association.

“And in fact there may be even a slight negative one because more people know about the Saturday morning cartoon, the anime, than about this particular film. We’ve got to create that brand from scratch.”

Like Cameron said, however, there is an advantage to being original in the age of franchises. Where audiences have a rough idea of what to expect from the latest “Star Wars” or “Star Trek” movie (and can gauge their interest accordingly), “Avatar” had what Cameron referred to as the “shock of the new” when it first arrived. By promising to take people on a “journey of surprise,” the film had at least one advantage over its main competition.

Back To The Cinema 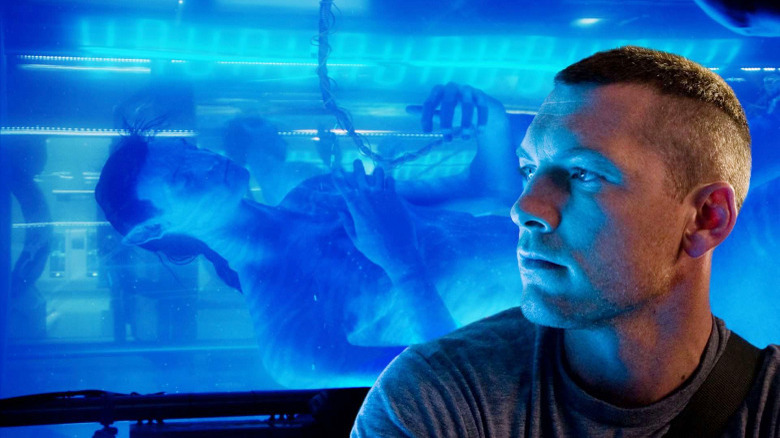 Recognizing that the movie’s cutting-edge visuals were obviously its best foot to put forward, James Cameron made arrangements to have the “Avatar” trailer released in theaters and online at the same time. This, in turn, served to maximize the number of people who got their initial taste of the film in all its technical glory on the big screen. Even so, a lot of people watched the trailer for the first time at home, and it wasn’t long before star Sam Worthington went on the defensive against those online who criticized the footage for looking too much like a CGI cartoon:

“It’s not meant to be seen on an Apple Mac. It’s built for IMAX. It’s built for 3D. That’s what Jim designed it for. He’s designed it to bring people back to the cinema. It’s interesting that he’s released that trailer, that Jim’s gone and done that, and then the next day shows it in IMAX. One extreme to the other. We get the criticism and then we get the rave reviews of what it looks like in its own formula.”

It’s funny to read about Worthington arguing that Cameron was trying to “bring people back to the cinema” in 2009, given how many actors and directors have voiced a desire to do just that in recent years amidst the streaming wars and theaters gradually recovering from the 2020 lockdowns. (The more things change, eh?) We all know that plan worked gangbusters for Cameron and “Avatar” 13 years ago, which only begs the question of whether he can do it again with the first of his upcoming “Avatar” sequels, now that the “shock of the new” is gone and “Avatar” is a franchise itself.

Read this next: The 14 Greatest Action Movies Of The 21st Century

The post James Cameron Had A Problem To Solve When It Came To Promoting Avatar appeared first on /Film.

/Film – ‘Slash Film: James Cameron Had A Problem To Solve When It Came To Promoting Avatar’
Author: Sandy Schaefer
Go to Source
June 22, 2022