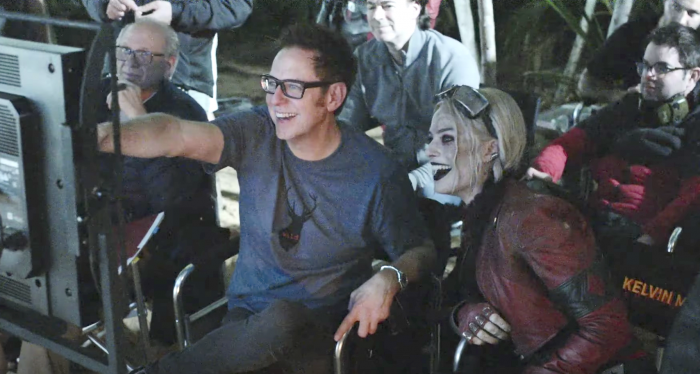 Superhero movies are, quite simply, the top dog in the game right now. Dating back to 2012, every year-end box office summary for worldwide grosses has included at least one superhero movie (and oftentimes two or more) in the top ten…including last year’s pandemic-skewed totals! With success, however, comes the temptation to curtail innovation, and that’s exactly what outspoken and opinionated director James Gunn is zeroing in on with his latest comments.

While speaking to The Irish Times (per THR), the director of both Guardians of the Galaxy movies as well as the upcoming The Suicide Squad doesn’t hold back on delivering his frank and brutally honest reservations about the future of superhero movies. Referencing the once-widespread ubiquity and overwhelming popularity of Westerns, Gunn shares his problems with current superhero flicks:

“We know about the way cowboy films went, and the way war films went. I don’t know, I think you don’t have to be a genius to put two and two together and see that there’s a cycle to those sorts of films, you know and that the only hope for the future of the comic book and superhero films is to change them up. They’re really dumb. And they’re mostly boring for me right now.”

For anyone who knows their film history, it’s really quite difficult to poke holes in Gunn’s pragmatic viewpoint here. Westerns, war films, disaster movies, rom-coms, and more have all dominated the marketplace at one point or another…and over time, each and every one of those types of films have found themselves at the bottom of the mountain. The landscape these days certainly feels more dire, as a combination of studio mergers and declining theater attendance (not to mention that ongoing pandemic) have led to almost nothing but big budget blockbusters finding consistent, widespread success.

Gunn further expands on his shifting perspective on superhero movies and the more rugged approach he’d like to see:

“I loved them at the beginning. I was really excited when they first started making those movies. It was about the visual effects when I saw Superman as a kid. I still love that movie. Okay, I know, that’s a guy on wires and bluescreen with this sort of crappy visual effects. And then when Iron Man came out, I was in. You’re able to make a guy fly around who looks like a guy flying around. And that was a beautiful thing to be able to do. But if the movies don’t change, it’s gonna get really, really boring.

I was always influenced by Dave Gibbons art and Alan Moore’s Watchmen where the costumes didn’t fit the superheroes perfectly, and they had a little bit of a paunch. They weren’t all perfect bodies; they weren’t all beautiful. When they fought, they were kind of getting in the stupid Bartleby thing of getting into bar fights. There are people trying to do some different things with superheroes. So it’s not it’s not 100 per cent a rule that everybody isn’t, but a lot of superhero films are boring. And so for me, I think it’s just about bringing in other elements.”

Reading between the lines, it comes across like Gunn is saying many of these movies are just a little too polished and idealized for his liking. It’s more than a little interesting that, while he doesn’t directly call them out, both the MCU and DCEU could be held responsible for the lion’s share of the blame here. Marvel has all but perfected the art of delivering movies that general audiences can be reasonably confident that they’ll enjoy well enough, and WB/DC practically sabotaged their own plans in an effort to catch up and cash in on mainstream appeal.

So Is Gunn Right?

Again, you’d be hard-pressed to find any substantial flaws in Gunn’s reasoning here. But perhaps a more compelling question would be, “Is Gunn culpable?”

For my money, both Guardians of the Galaxy films are clear and distinct highlights of the MCU. I’d even argue that Volume 2 is far and away the best of anything Marvel’s produced since Sam Raimi’s Spider-Man movies, partly because of what Gunn discusses here. His versions of heroes don’t come out of their packaging in mint condition — they’re broken, flawed, and hopelessly humane characters in which their status as superheroes only reflect back further on their own shortcomings.

Early reactions to The Suicide Squad seem to point towards a similar approach, so maybe Gunn is the right person to be speaking out about this topic after all. It’s nothing we haven’t heard many times before, but it’s always worth keeping in mind to ward off laziness and stagnation. If the superhero bubble has to pop one of these years, let’s hope it goes down swinging.

The post James Gunn Has Some Suggestions on How to Keep Superhero Movies From Becoming “Really, Really Boring” appeared first on /Film.

‘Slash Film: Water is Wet, Earth is Round, Bill Murray Cast in Next Wes Anderson Movie’