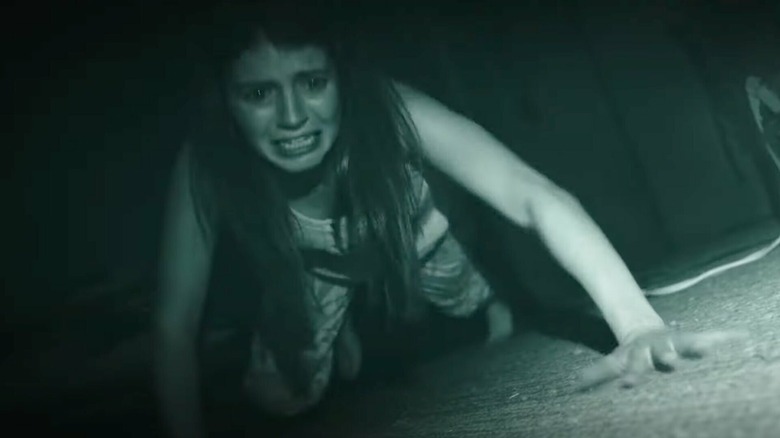 “Paranormal Activity” wasn’t the first film to make waves with found footage horror tropes, but it still played a crucial role in popularizing the subgenre. Its shaky camcorders and hyper-realistic performances became a roadmap, as did its masterful approach to slowly building tension, filling its audience with fear and raising their blood pressure just in time for the big finale. The result, after 15 years and seven films? A very complicated legacy.

For one thing, “Paranormal Activity” remains the most profitable horror movie of all time. The film earned a whopping $193 million worldwide on a miniscule budget of only $15,000. Because massive overnight success has a tendency to breed sequels, the 2007 movie ended up launching a $900 million franchise. That obvious profitability was a major factor — a tiny budget with the potential for big rewards? It’s any studio’s dream, which is exactly why it paved the way for a dozen more entires into the subgenre, many of which — “Unfriended,” “Creep,” and “Host,” to name a few — are more than welcome. But then there are the many derivative copycats that we’d be better off without. And according to the franchise’s executive producer Jason Blum, not even the “Paranormal Activity” movies themselves are exempt from this group.

With the first “Paranormal Activity” debuted in 2007, it spawned one of the key franchises that helped build the Blumhouse empire. But the production company has come a long way since then, and the later entries are hardly in line with the level of work they’re now known for producing. While chatting with Variety, Blum indicated that it might be time to put the franchise to bed. “It has been enough already,” he said, before pointing directly to “Next of Kin” to say, “That last ‘Paranormal Activity’ movie was terrible.”

The Future Of Paranormal Activity 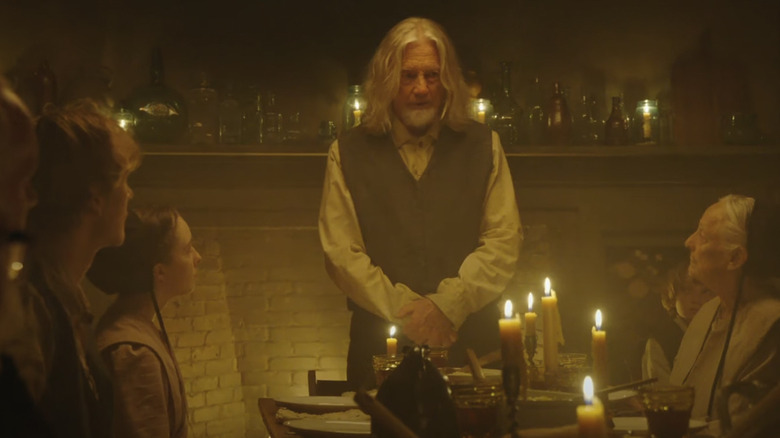 Let’s be honest: even before Blum flat out dissed “Paranormal Activity: Next of Kin,” the future of this franchise was getting pretty murky. Its latest entry, a Paramount+ exclusive, was poorly received by critics and audiences alike — just look to Rotten Tomatoes, where it didn’t manage to crack above 40% with either group. Audiences certainly haven’t lost their hunger for this particular brand of horror; we’ve recently seen it take on an entirely new form in screenlife movies, many of which still build off the formula that “Paranormal Activity” introduced so well. The problem is that this franchise desperately needs some fresh ideas and has yet to find them.

In terms of future plans, “Paranormal Activity: The Other Side” was set to arrive in 2022, but has since been delayed until next year, though few details about its plot or release have been revealed. Based on Blum’s words, it sounds like after this eighth film arrives, it might be a long while before Blumhouse breaks out the camcorders and eerie security footage again. But for you die-hard “Paranormal Activity fans,” not all hope is lost. During the same conversation, Blum hinted that there may be a path forward by comparing the franchise to another recent Blumhouse project — the “Halloween movies.” He said:

“With ‘Halloween,’ we only had the rights to three movies, so we said: ‘Halloween Ends’! It ends for Blumhouse, at least. With other things, you just have this feeling it’s time to put them to bed. It would come back if some director I love, like Scott Derrickson, said: ‘I have a great idea for a ‘Paranormal Activity’ movie. But it’s not something I want to do [at the moment].”

Quick — someone tell Scott Derrickson to work on his “Paranormal Activity 9” pitch!

Read this next: Horror Movies That Even Horror Fans Could Hardly Finish

The post Jason Blum Says The Last Paranormal Activity Movie Was ‘Terrible’ And It’s Time To End the Franchise appeared first on /Film.

‘Slash Film: Joseph Fiennes’ Time On The Handmaid’s Tale All Led Up To One Scene’