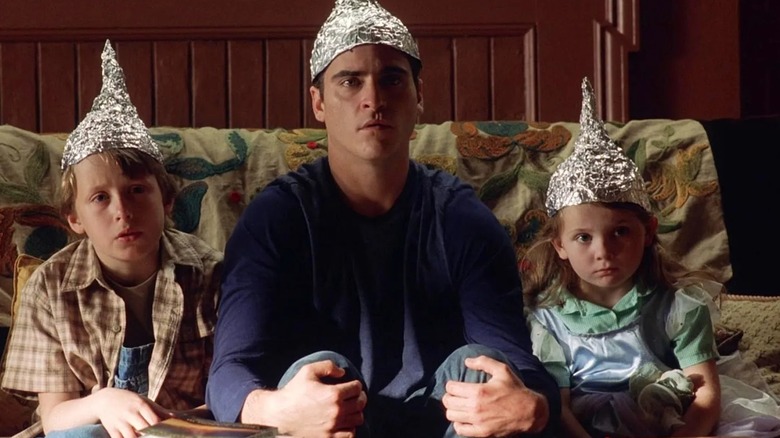 In 2002, the world was looking at M. Night Shyamalan. His 1999 film “The Sixth Sense” was more successful than anyone could have expected, grossing over $670 million worldwide on a $40 million budget. It would go on to be nominated for six Academy Awards, including Best Picture, Best Director, Best Supporting Actor (for Haley Joel Osment), Best Supporting Actress (for Toni Collette), Best Screenplay, and Best Editing (for Andrew Mondshein). Shyalaman’s follow-up to “The Sixth Sense,” 2000’s “Unbreakable,” was not quite as well-received. But it did receive generally positive reviews, and it accrued a following of fans interested in exploring superhero mythology long before the superhero genre was ascendant. Interest would be renewed 16 years later when Shyamalan tied it to his movie “Split.”

But in 2002, it was high time for Shyamalan to “prove himself” again. Could he make a horror or sci-fi story that rattled the zeitgeist the same way “Sixth Sense” did? With a big star like Mel Gibson (still in the public’s good graces at the time), a then-nascent star like Joaquin Phoenix, and an eerie premise involving crop circles and potential aliens, “Signs” was promising. Importantly, “Signs” looked scary. Shyamalan’s bizarre humor and tendency toward long, slow, tense takes were to be in full force.

While making “Signs,” Shyamalan admitted in a 2020 interview with The Ringer, however, that he had trouble compartmentalizing. His day-to-day life at home would infiltrate the set of his movie. As such, he didn’t always respond to his actors in an expected way, including giggling at Phoenix when he should have been scared. 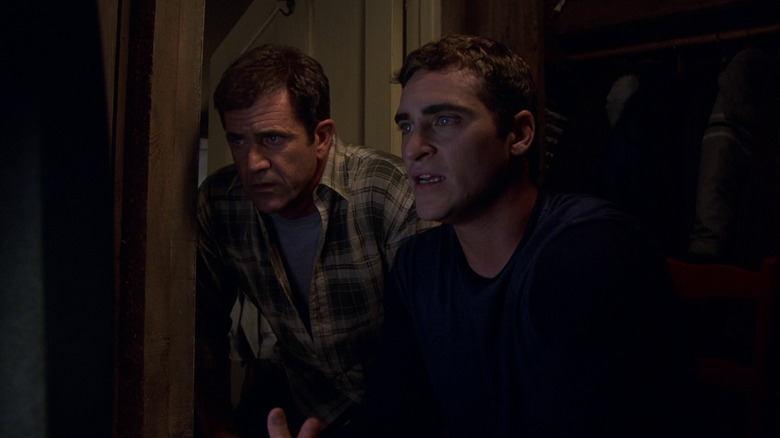 When asked by The Ringer how M. Night Shyamalan constructed so many setup-then-payoff moments in “Signs,” the director pointed out how he is often easily distracted:

“The thing that I’ve noticed about myself is I have almost no capacity to compartmentalize. So, you and I are having a conversation, and the conversation I’ve had with my wife this morning is directly affecting how I’m interacting with you. And the interaction that I had with my assistant, and any thoughts I’ve had, is coloring how you and I are having this interview. That’s a really impractical thing, and a wonderful thing. People that are able to hyper-compartmentalize, it seems like a superpower.”

Shyamalan’s inability to separate raging thoughts from the present moment led to a comedic scene in “Signs” wherein the young girl Bo (Abigail Breslin) announces there’s a creature in the house, but then immediately demands water. For those who haven’t seen “Signs,” glass and water are recurring motifs, with the latter becoming a plot point about the nature of the aliens. Shyamalan continued to The Ringer:

That sense of interconnectivity became one of the film’s central conceits. A central part of the film’s story involves the sad remnants of an accident, and how a few delirious last words spoken by the protagonist’s dying wife would come into play some time later. 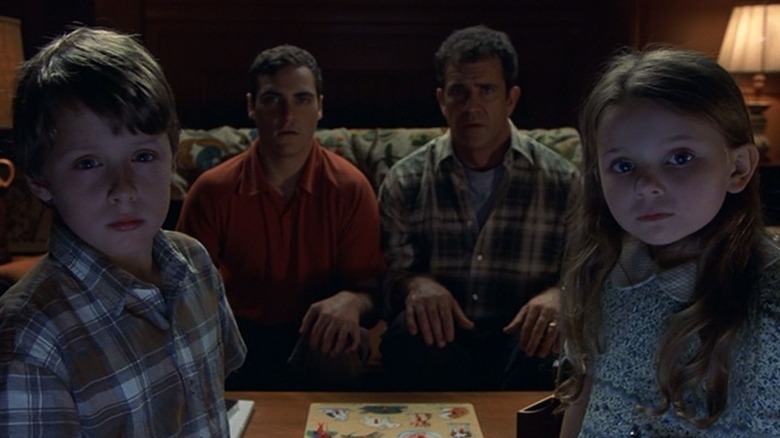 “Signs” is certainly not a comedy, and every scene drips with tension. There are a few brief moments of levity, but no one would accuse the film of being funny. Despite this, M. Night Shyamalan was laughing on set a lot, mostly because he was in such a good mood:

“[I]f you’re in a burdened place, then when you’re writing ‘Unbreakable,’ you come up with a dark ending. If I’m coming from a slightly joyous place, the ideas have that tint to them about it; the glass of water means something beautiful. And finding comedy, I think, has been an interesting thing. I went back and I read an early draft of ‘Unbreakable,’ and there was more comedy in it. I think I just wasn’t versed enough as a director, and confident enough, to integrate humor that is additive to the piece. In the end, I either extricated most of the humor, or excised it in the editing process.”

While Mel Gibson’s character is skeptical that the crop circles outside his house are the works of extraterrestrial visitors, Joaquin Phoenix’s character comes around to understanding what’s really happening much sooner. As such, when he confronts others about the truth, he’s in a mild state of panic. Phoenix brought an appropriate amount of terror to the small moments, which Shyamalan would laugh at:

“But with ‘Signs,’ everything just made me giggle. You get lines like Joaquin’s line of, ‘Besides the possibility of an Olympic-level runner that ran around, what are some other possibilities?’ Even the way you do the revelations are meant to make you giggle. Like, Joaquin’s in a closet watching the alien when it first comes on, and he backs up into the clothes.”

“Signs” was celebrated more highly than “Unbreakable,” and might be seen as the end of Shyamalan’s early “star period.” The director’s next five films were all panned, and it would take 2015’s “The Visit” for critics to come back around to his talents as a filmmaker. However well-received his films have been, though, one can never fault Shyamalan for having interesting ideas.

The post Joaquin Phoenix Had a Tense Scene in Signs That Made M. Night Shyamalan Laugh appeared first on /Film.