Today we learned the title of Jordan Peele‘s new movie: Nope. And that’s…pretty much all we learned, really! Like most of Peele’s movies, Nope is currently shrouded in secrecy, and will probably stay that way all the way up until release. But there is one new bit of info that’s worth highlighting. Michael Wincott, a great character actor who I honestly thought had retired, is appearing in the film. Wincott was all over the place in the ’90s, popping up in The Doors, Robin Hood: Prince of Thieves, The Crow, and more. He has a great screen presence and an even better voice. Welcome back, Michael Wincott!

You may not know Michael Wincott by name, but I’m willing to bet you’d know him if you saw him. He’s a Canadian actor with a dark, ominous, and, let’s get real here, sexy vibe. He also has a deep, scratchy voice, and because of all of these elements, his career is full of memorable villain performances. He played bad guys in The Crow, Robin Hood: Prince of Thieves, Strange Days, Dead Man, and more. Here he is in The Crow in all his glory. 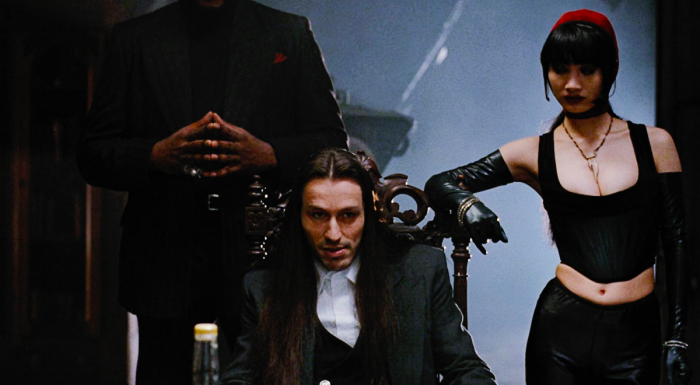 I haven’t really seen Wincott in anything in a while, so I had simply assumed he retired. His last movie role was in the ill-advised live-action Ghost in the Shell in 2017. But thankfully, Wincott is about to grace the screen again. Variety is reporting that the actor has joined the cast of Jordan Peele’s mysterious new movie Nope. Like pretty much everything else surrounding the film, we have no idea who Wincott is playing. But I love the idea of him having something of a comeback, and I hope more filmmakers swoop in and start adding him to upcoming things.

Wincott joins a cast that includes Daniel Kaluuya, Keke Palmer, Steven Yeun, Barbie Ferreira, and Brandon Perea. We have no idea who any of them are playing, either. While I’m all-for secrecy to guard surprises, there’s a part of me that’s going crazy for any actual info surrounding Nope. I mean, don’t get me wrong – I will see this movie even if we never get a trailer or a plot synopsis. I’m in the tank for Jordan Peele, baby. But I still am itching to know some sort of details about the film. In the meantime, we’ll all just have to speculate wildly, just like I did in this post right here.

Nope arrives on July 22, 2022. That gives you plenty of time to order an I HEART MICHAEL WINCOTT shirt to wear to the theater opening weekend.

JoBlo: WHAT CAN BE BROKEN SHOULD BE BROKEN Exclusive Opening (2021)