That sly fox Jordan Peele jumped onto social media today to reveal the poster and title of his next movie: Nope. It’s Peele’s third feature, and it’s yet another horror film from the director of Get Out and Us. And…that’s all we really know at the moment! Keke Palmer, Daniel Kaluuya, and Steven Yeun star in the flick, but we currently have next to no idea as to what Nope is about. That’s nothing new – most of the details of Us were kept very secretive before the film arrived.

But here at /Film, we’re committed to obsessively, nerdily studying things and then speculating wildly, damn it! So I’m going to pore over the Nope poster with a magnifying glass and try to get to the bottom of things. I promise you I will fail, but I’m still going to try. 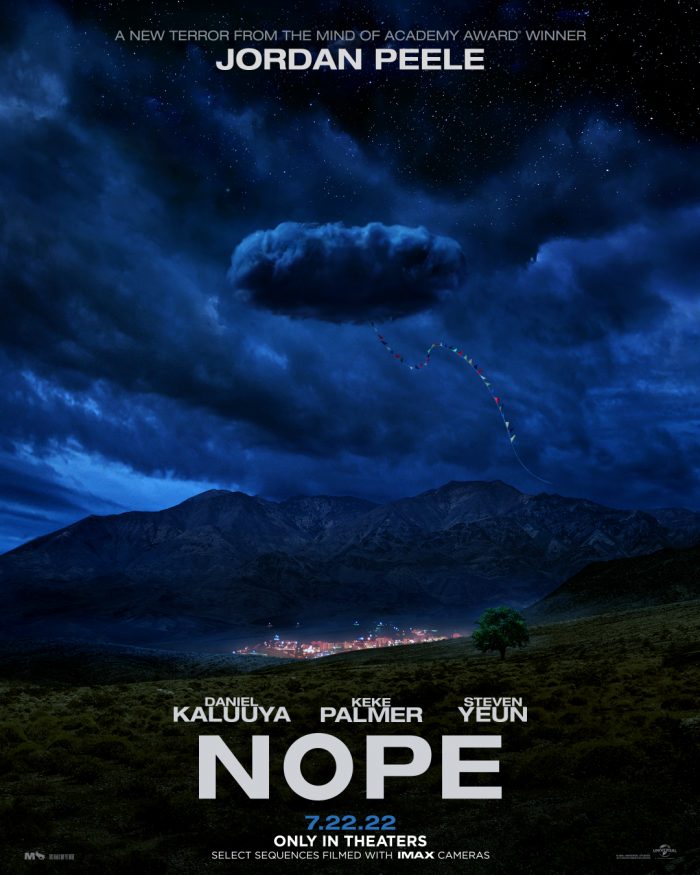 Oh, mighty Nope poster! What secrets do you hold? Based on this poster, I am going to put forth BLANK theories as to what Nope is about. One of these theories may be right. Or every single one may be wrong. I can’t predict the future, folks, as much as I’d like to.

Nope is Some Sort of Big Spectacle-Filled Blockbuster

While Jordan Peele’s movies have both been huge hits, the movies themselves haven’t been very big in scope. They’re not spectacle films, or traditional blockbusters. But Nope might be about to change that. As you can see at the bottom of this poster, select sequences in Nope were filmed in IMAX. Traditionally, stuff shot in IMAX hints at scenes with big scope. Is Peele about to kick it up a notch and give us huge, effects-driven sequences of terror? Maybe!

Nope is About Aliens

This theory would actually fit in with the “big spectacle-filled” movie theory, but I need to make sure this story has more than one option in it, so just go with it. There’s a lot of big, open sky in this poster – and there’s an ominous-looking cloud at the center of it all. But is it really a cloud? The cloud is trailing a string of pennant flags, which certainly suggests something is amiss here. Is Peele making an alien invasion-style film, and is this cloud actually some sort of UFO? There are distinct Close Encounters of the Third Kind vibes here for sure. 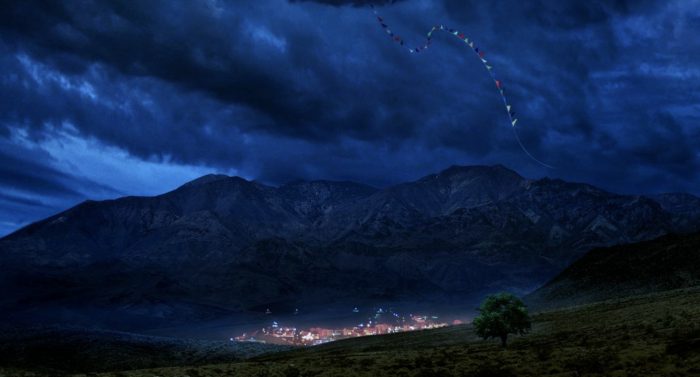 Nope is About a Carnival

My first reaction when I saw this poster (other than “Oh, hell yeah!”) was that the film involves some sort of carnival. The lights on the ground coupled with that string of pennant flags just immediately read as “carnival” in my mind. The more I looked at it, though, the more I started to think that whatever is on the ground there is too big to be a carnival. But then again…maybe it’s not? If it’s not a carnival, it’s some sort of secluded town in the mountains, which I guess makes more sense than a secluded carnival in the mountains. Then again, how friggin’ creepy would it be to find a secluded mountain carnival? Pretty creepy is the answer.

The post Jordan Peele’s ‘Nope’ Poster Tells Us Nothing About the Movie, But We’re Going to Speculate Wildly Anyway appeared first on /Film.

Home Depot’s 12-Foot Skeleton is Back for Halloween and This Year There’s an “Inferno Pumpkin” Version!