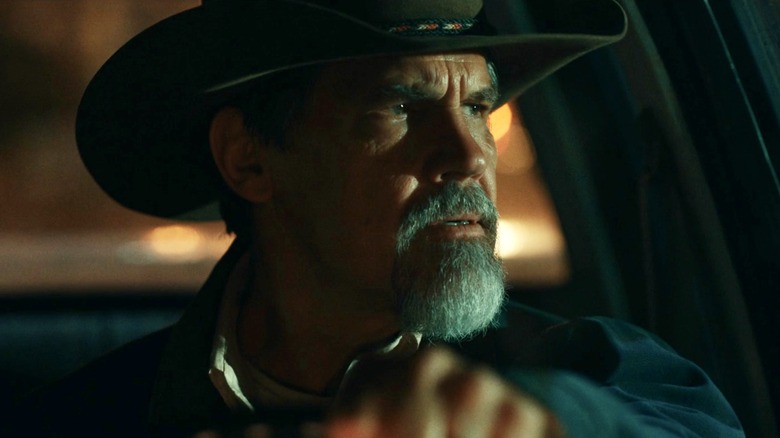 Prime Video’s “Outer Range,” starring Josh Brolin, is set in the fictional town of Wabang, Wyoming, but the series was shot down in Las Vegas, New Mexico, which has a much smaller population than the one in Nevada. New Mexico’s Las Vegas could even pass for a small town, and in fact, it already did fifteen years ago in the superb Brolin movie, “No Country for Old Men.”

In my spoiler review of “Outer Range” season 1, I likened Brolin’s protagonist, Royal Abbott, to an older version of his “No Country for Old Men” character, Llewelyn Moss, who had survived the events of that movie and moved from Texas to Wyoming to raise a family. It would appear that Brolin himself had a similar reading on Royal, having told The Hollywood Reporter that playing the character carried with it “a little bit of a feeling like it was Llewelyn 20 years later.” That feeling was only exacerbated by the fact that “Outer Range” was shot in the same place where much of “No Country for Old Men” was.

One scene in the finale of the eight-episode first season of “Outer Range” — featuring a very “High Noon” or High Midnight-esque street showdown between Royal and Autumn (Imogen Poots) — was even filmed within a hundred feet of a pivotal scene in “No Country for Old Men.” Brolin told THR:

“In the finale, when Royal drives up to Autumn who’s standing in the middle of the street, that’s the same street — literally within [a] hundred feet — where [Anton] Chigurh [Javier Bardem] was shooting at Llewelyn. So that was weird for me. (Laughs.) With Royal, there was a little bit of a feeling like it was Llewelyn 20 years later. I couldn’t knock it.” 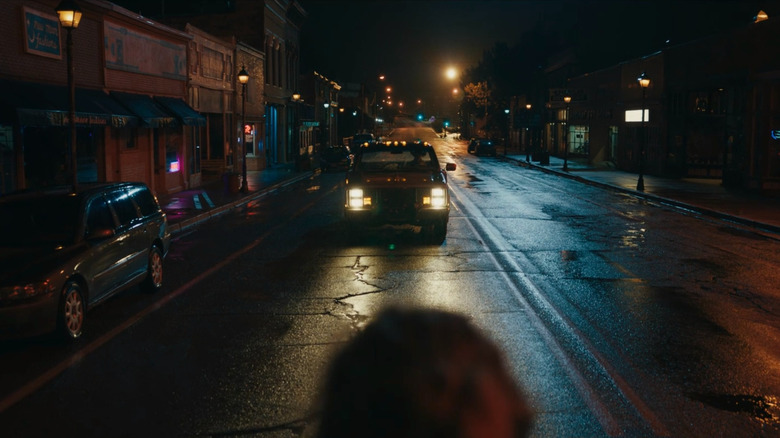 Movie-Locations.com identifies the Plaza Hotel in Las Vegas as the shooting location for the scene in “No Country for Old Men” where Javier Bardem’s relentless hitman and grim reaper, Chigurgh, catches up with Llewelyn at a hotel, thanks to a transponder left in the bag of drug money that Llewelyn has stolen. A shootout ensues, spilling out into the street, where Llewelyn manages to wound Chigurgh.

You can hear Brolin and his “Dune” cinematographer, Greig Fraser, interview “No Country for Old Men” cinematographer Roger Deakins and his partner James Deakins about the shooting of that scene and others in the “No Country” episode of the Team Deakins podcast. In addition to said Coen Brothers’ film, Las Vegas, New Mexico, has served as a shooting location in many other movies, including the 1969 classic “Easy Rider” and the 1994 Kevin Costner Western “Wyatt Earp,” to name but two.

According to Den of Geek, mountains were added to downtown Las Vegas while “Outer Range” was in post-production, which allowed the city to pass for a Wyoming town. The show’s location manager and scout, Cyndy McCrossen, said:

“The [city] is about 13,000 people. It’s not enormous. A few of the wonderful hotels and the merchants at the time were really hurting because of COVID. So their hospitality was key.”

Season 1 of “Outer Range” is streaming on Prime Video now.

The post Josh Brolin’s Outer Range Shootout Took Place Within 100 Feet Of His No Country for Old Men Shootout appeared first on /Film.

40 Years Before the ‘Multiverse of Madness’: Read Stephen King’s 1982 Review That Saved ‘The Evil Dead’