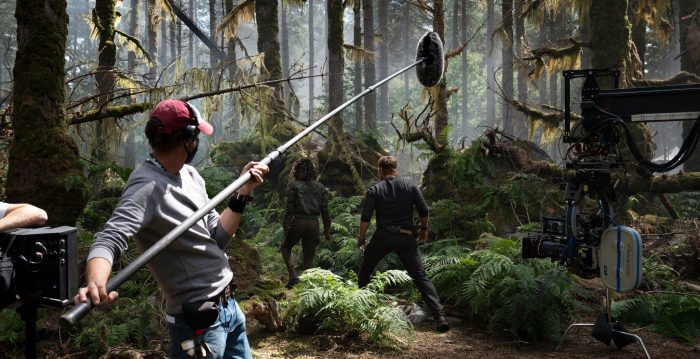 Jurassic World: Dominion is one of the first major Hollywood studio films to resume filming amid the coronavirus (COVID-19) pandemic, and as such, has found itself the unwitting “guinea pig” for how a film production can work in a pre-vaccine world. The production for the Jurassic World sequel began in July in Pinewood Studios in the U.K., where cast and crew were greeted with a 107-page safety manual detailing all the Jurassic World: Dominion filming safety protocols — protocols that may set the standard for how film and TV productions will move forward from this point on.

In a New York Times report going behind the scenes of Isla Nublar, the Jurassic World: Dominion production gives us an idea of what a film set will look like amid the ongoing coronavirus pandemic. With cases spiking in Los Angeles, and rising in other popular filming sites like Austin and Atlanta, it’s “virtually impossible to shoot anywhere in the U.S. right now,” producer Mark Gill told NYT, forcing studios to look overseas. The Avatar sequels are filming in New Zealand, Sony’s Uncharted is going to Berlin, and Marvel plans to resume shooting Shang-Chi in Australia. But it’s Jurassic World: Dominion that’s setting the example, with its infrared temperature scanners, vacuum-sealed meals at the cafeteria, and strict testing schedules. 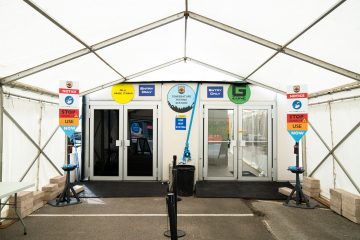 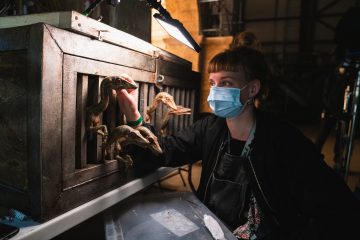 According to NYT, Universal has divided its $200 million production of Jurassic World (which has roughly 750 people involved total) into two categories: the larger made up of departments that don’t need access to the set during filming, like construction and props. The second, smaller and exclusive category, called the Green Zone, featuring only the director, the cast, and essential crew. Star Bryce Dallas Howard likened it to a “closed set” like the ones you usually see during the filming of intimate scenes. Actors are also getting more responsibilities — with Howard having to learn how to attach her own microphone, and other prep activities. Howard told NYT:

“Until now, actors were not really included in prep. But in order to get any of us on a plane, we had to thoroughly understand the protocols, who was involved and hear second and third opinions. We are the guinea pigs who are going to take the leap.”

Those working inside the Green Zone get tested for COVID-19 up to three times a week. Crew members who don’t interact with the cast as frequently and wear protective equipment are tested less often. Those involved with the production are also quarantined for 14 days when they arrive. But still, these measures are costly in addition to slowing down the pace. The production had to procure around 18,000 Covid tests and 150 hand sanitizer stations. They have a handful of on-set medics and four nurses in temperature-taking stations at the entrance. The total costs of the safety protocols totaled around $9 million, including renting a nearby hotel where the people on the production could stay.

But Universal chose Jurassic World: Dominion as the production to test out these protocols because it requires few real locations, minimal extras, and a relatively small main cast. The gamble seems to be paying off for now. About four crew members in Britain tested positive, but two had not yet been on set. They were all quarantined for two weeks and only permitted to return after three negative tests. No one has become seriously ill, according to the studio.

Read the full NYT report here, and see images on the set below.

Behind the scenes on the set of Jurassic World: Dominion with safety protocols at ?. Read the full @NYTimes story. Link in Bio.

The post ‘Jurassic World: Dominion’ Filming Safety Protocols Being Used as Model for Productions Amid Pandemic appeared first on /Film.

Decision is a risk rooted in the courage of being free.