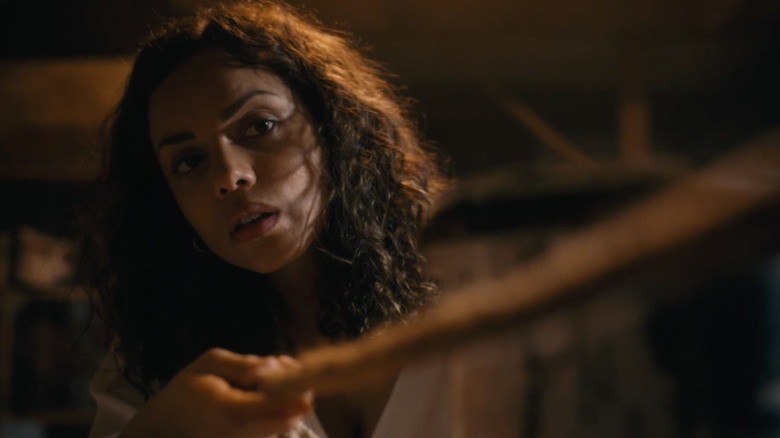 Every once in a while, a wild, surprising horror movie makes the round that prompts fans to give each other the same advice upon watching it: go in cold. Don’t read synopses, and don’t even watch the trailer, but instead get your butt to theaters (if you can) and check it out for yourself while the element of surprise is still on the filmmakers’ side. I haven’t been able to do that last part yet, but I’ve heard through the horror-loving grapevine that the new movie “Barbarian,” starring Justin Long, Bill Skarsgard, and Georgina Campbell, is one such film.

The movie, which in the briefest of descriptions is about a double-booked short-term home rental, shocked /Film critic Ryan Scott when he saw it. In his review, he wrote, “You are not ready for the absolute unpredictable roller coaster of craziness that is about to happen to you when this movie hits theaters. It is the unexpected surprise of the year.” Apparently, audiences aren’t the only ones who weren’t prepared for what “Barbarian” has to offer: one of its stars wasn’t either.

In an interview with The AV Club, Long revealed that, ahead of being cast in the film, he had to stop himself from reading the script all in one night when it spooked him badly. “It sounds like one of those made-up anecdotes,” Long told the outlet, “But I was in an RV park, a very scary environment, like a horror movie environment, and in the middle of Louisiana.” The actor said the remote area had all sorts of night-time sounds that triggered his fear of the dark and the unknown, and he ultimately made himself set the pages aside.

The Opposite Of A Can’t-Put-Down Script 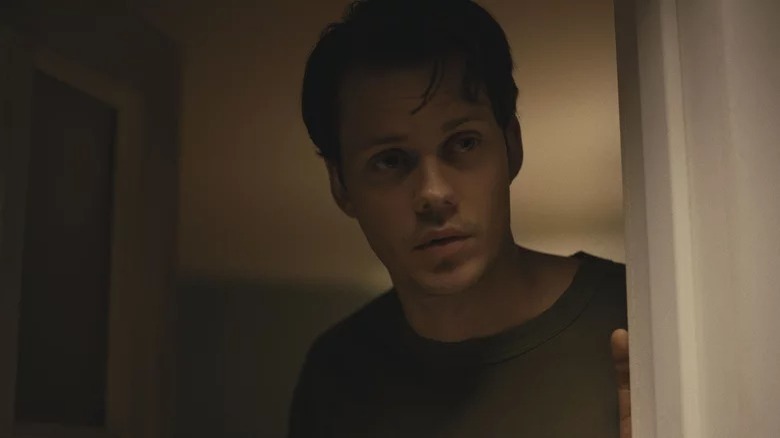 “I had to put it down. I finished it in the morning,” he said. “But I was conflicted because I was so engaged by it. The movie, it was just breaking all of these rules and subverting a genre that I was so familiar with.” A long-time horror fan himself, Long has appeared in movies like Kevin Smith’s “Tusk,” Sam Raimi’s “Drag Me To Hell,” and the “Jeepers Creepers” franchise. So the fact that the script by writer-director Zach Cregger, who is best known for his comedy as a co-founder of “The Whites Kids U’Know,” freaked Long out goes to show that “Barbarian” has something special going on.

“Barbarian” is one of at least three recent horror films that has mined the often-uncomfortable concept of renting from users of companies like Airbnb for scares. In 2020, Dave Franco’s feature directorial debut “The Rental” followed two couples on a weekend vacation whose rental experience quickly becomes unnerving, while last year’s Shudder Original “Superhost,” written and directed by Brandon Christensen, centered around two travel vloggers who end up crossing paths with an increasingly unhinged rental host.

All three of these premises play with the social contract that keeps people in unsafe situations out of politeness or some other motivation, but it sounds like “Barbarian” is the most shocking of the bunch. As someone who’s shut an especially creepy horror novel or two myself once daylight disappeared, Long’s inability to finish the script in the dead of night sounds like a ringing endorsement of the film to me. According to Scott’s review, “Barbarian” is a “masterclass in tension and unpredictability” that’s worth “talking about for a long, long time.”

Read this next: The Best Cosmic Horror Movies That Will Make You Hate The Unknown

The post Justin Long Was Too Scared To Finish Barbarian’s Script On His First Read appeared first on /Film.

‘Slash Film: Kenan Thompson’s All That Co-Star Kel Mitchell Spent Most Of The Emmys Hiding Instead Of At Good Burger’