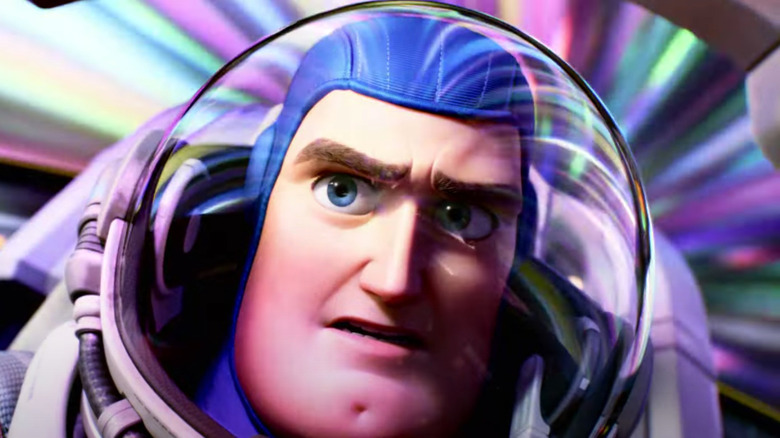 These are all valid questions in the wake of Disney and Pixar’s latest expansion of the “Toy Story” universe, “Lightyear.” Yet another valid question surrounding the latest expansion of the Toy Story universe is where exactly “Lightyear” fits into it all. The answer, simply put, is that “Lightyear” is a movie that exists as a movie within that universe. Maybe it isn’t so simple after all, but it can be once we sift through all the meta chaos.

A Movie Within A Movie 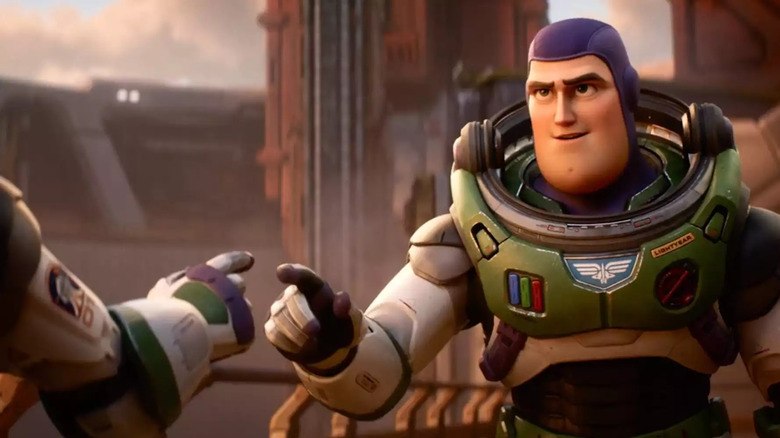 In an interview with Gizmodo, “Lightyear” director and co-writer Angus MacLane states that “Lightyear” is a sci-fi movie that Andy sees at some point within the “Toy Story” universe, and that it’s part of a trilogy.

“I’ve always wondered, ‘What movie was Buzz from? Why couldn’t we just make that movie?’ So that’s what we did. Lightyear [is] the movie that Andy saw that changed his life. Andy’s Star Wars. A sci-fi epic designed to inspire a new generation. […] I think in the world [of Toy Story] maybe there were three [Lightyear] movies. Then there was like an Ewoks or a Droids show, which is what the Buzz Lightyear toy is from.”

So “Lightyear” isn’t just any movie, but one of Andy’s favorites, and the entire reason that the Buzz Lightyear toys in “Toy Story” even exist to begin with. Essentially, MacLane envisioned a movie that already existed in the “Toy Story” universe, and decided to make that movie in our universe. This means that, in a way, when watching “Lightyear,” audiences are sharing an experience with Andy because they’re seeing the movie he saw … and that movie is “Lightyear.” So “Lightyear” exists in both our reality and the “Toy Story” universe. 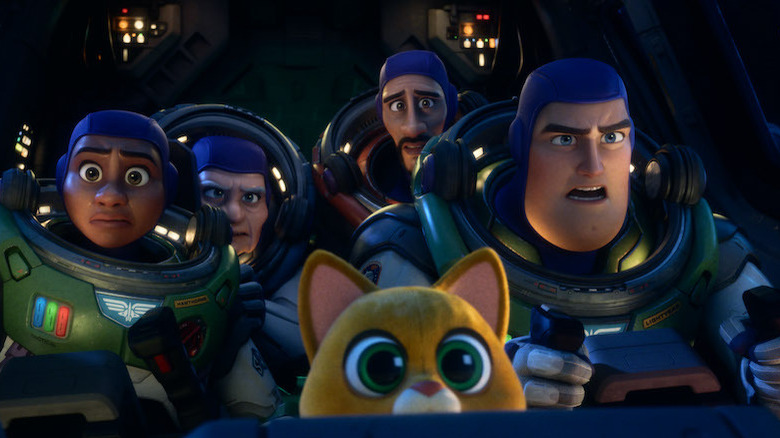 Now that we’ve wrapped our heads around “Lightyear” functioning as a kind of multiverse artifact, it’s time to peel back another layer of the meta confusion that encapsulates “Lightyear” to reveal that it is, in fact, a live-action movie. I know, I know — let me explain. In our universe, “Lightyear” is a computer animated sci-fi film; however, in Andy’s universe, the film exists as a live-action movie. This potentially mind-melting detail comes directly from a “Lightyear” cast and film crew interview during which producer Galyn Susman and director Angus MacLane state that the film is live-action within the “Toy Story” universe. Apparently, Buzz’s noticeably more realistic design and proportions in “Lightyear” are supposed to serve as an indicator of this.

Interestingly enough, this means that “Lightyear,” which Pixar says is the “definitive origin story of Buzz Lightyear” is an origin story for a fictional character who is played by a fictional actor in a fictional universe, presented to us as a movie pulled straight from the aforementioned universe so that we can experience whatever Andy experienced when he watched it. 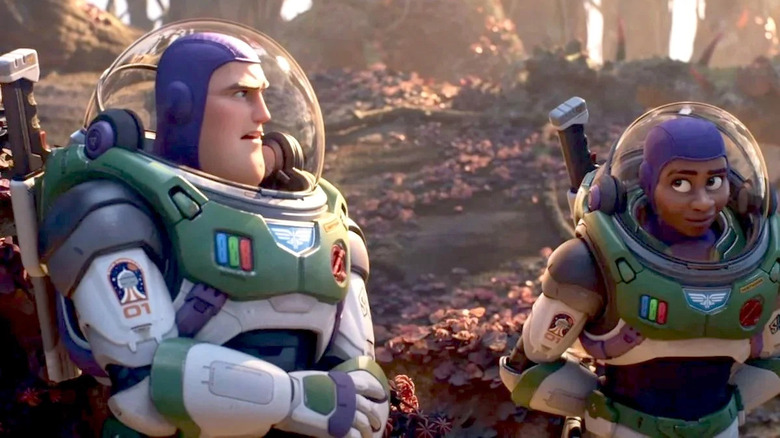 This ultimately comes down to the revelation that Buzz Lightyear is not a real person at all — in our universe or the “Toy Story” one — but the main character in a fictional film trilogy (with one of those film’s being “Lightyear”) that eventually inspires an extensive line of merchandise, including the sentient Buzz Lightyear action figure we meet in the very first “Toy Story” movie. You know, the one who starts off convinced he’s an actual space ranger as opposed to a toy.

“Lightyear” is currently playing in theaters.

The post Lightyear is a Live-Action Movie in the Toy Story Universe appeared first on /Film.