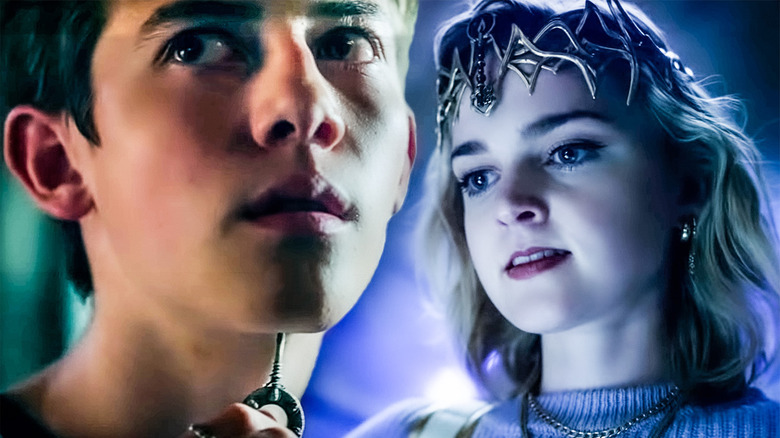 “Locke & Key” season 2 is coming to Netflix on October 22, and the streaming platform dropped a teaser trailer today offering a hint of what to expect. The teaser has a lot going on in it, and none of it seems to bode well for the Locke siblings. Here’s our breakdown of what the trailer reveals will be in store for the second season of “Locke & Key.”

Warning! Spoilers for season 1 of “Locke & Key” abound below!

Dodge Is Still In Matheson, Disguised As Gabe 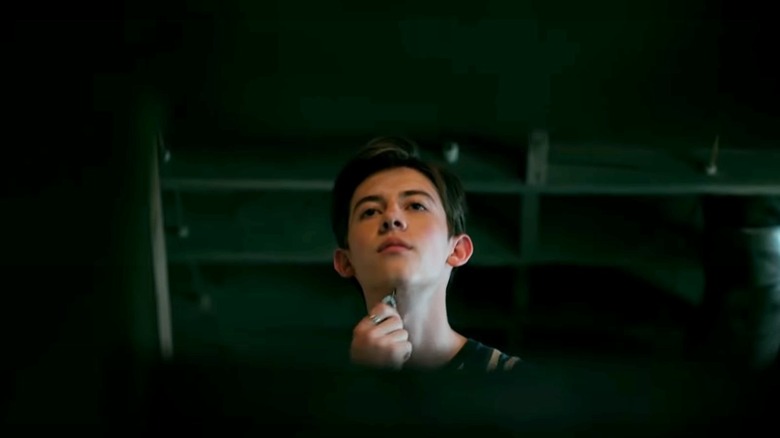 When we last left the Locke family, they thought they had vanquished Dodge (Laysla De Oliveira), the evil force they inadvertently released from Keyhouse. Dodge, however, is alive and well — she used the Identity Key to make Ellie (Sherri Saum) look like her. It was Ellie, the childhood friend of the Locke siblings’ dad, whom the kids threw through the Omega Door instead.

Kinsey’s Walking On Water … In Her Mind 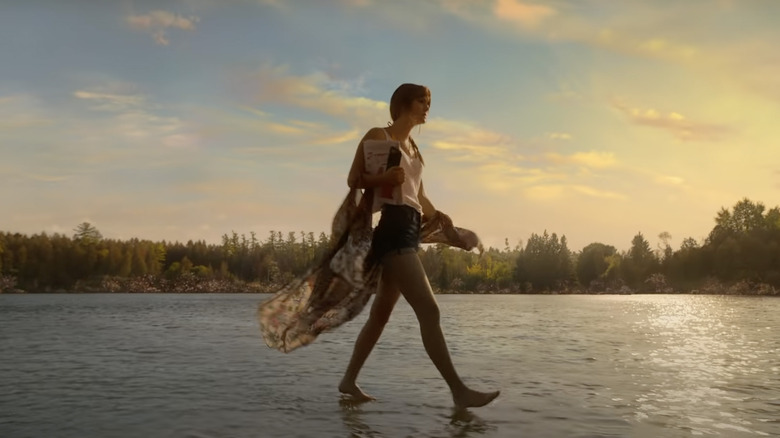 Speaking of keys, Kinsey Locke (Emilia Jones) is using one to walk on water in the next scene. It’s a bit confusing at first, but then we realize she’s using the Head Key, the key that lets you travel within someone’s mind. We get confirmation of this with a quick shot of her consciousness going through her unique “door” to her own mind, while her body hangs out comatose on her bed: 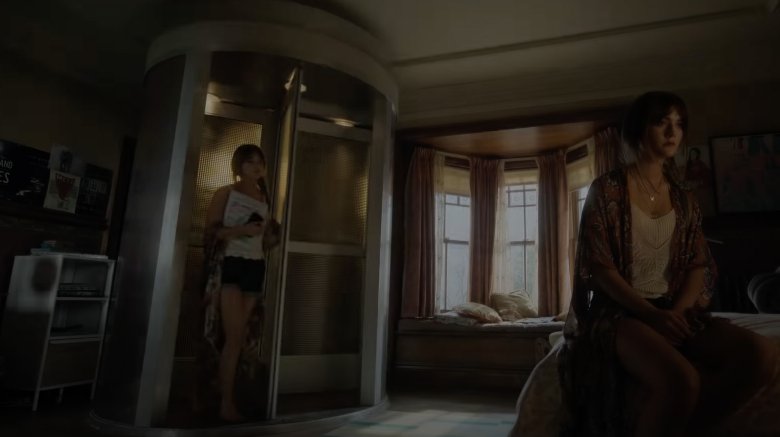 Based on the files she’s holding in hand, it looks like Kinsey is doing some research.

“This World Has So Much Potential … To Be Ruled” 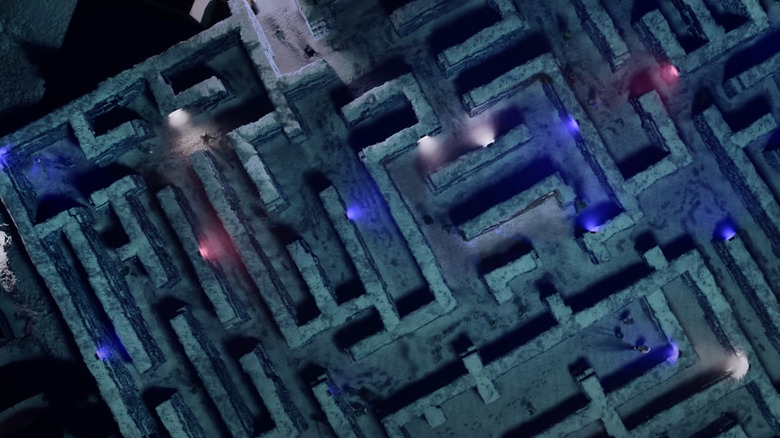 We then get quick shots of a carnival and a maze that looks like it’s not of this world. As we see these images, a voiceover from Gabe (AKA the very-not-good Dodge) ominously says that someone can consume, rule, and make the world reborn — using the power of the keys, of course.

The Ghost Key Is Still In Action 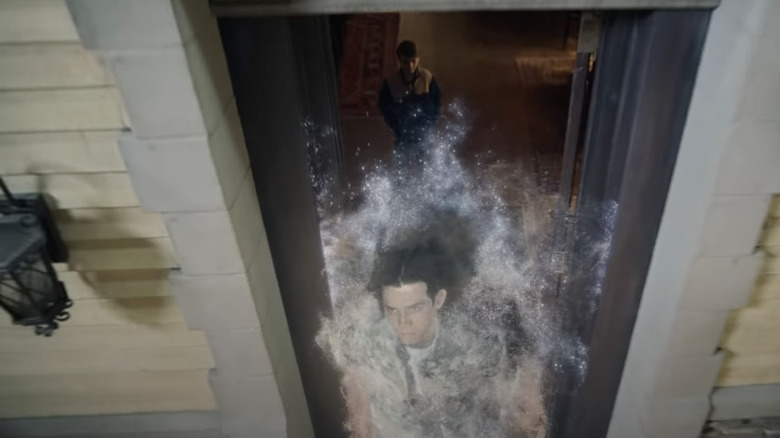 While Gabe is speaking, we also get a shot of him using the Ghost Key to have his non-corporeal essence fly over Matheson. Bode Locke (Jackson Robert Scott) is right behind him, suggesting he’s helping Gabe do so. Bode is a good kid, so it’s likely that he doesn’t know yet that Gabe is a demon in disguise.

Gabe Is Bad — Here’s Another Shot To Hammer That Home 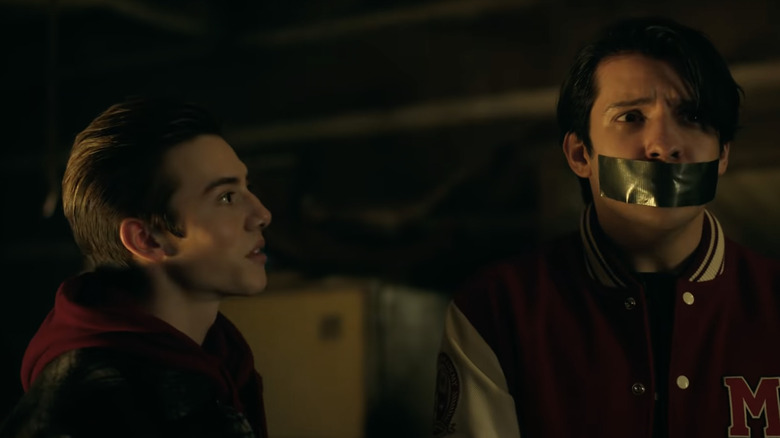 Just to make sure we know that Gabe/Dodge is up to no good, we also get a shot of him talking to a bound-up kid who looks plenty scared.

No Thank You, Giant Spider 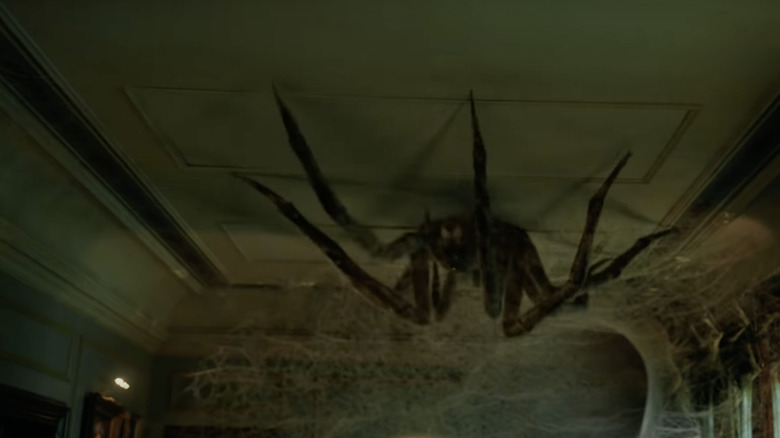 In case you weren’t creeped out enough, we get a shot of Bode and Tyler Locke (Connor Jessup) going down a web-filled staircase and seeing a giant spider crawling on the wall. What this means exactly isn’t clear, but I don’t think that spider is going to be their friend.

Eden Is Also Bad, And Has The Crown Of Shadows 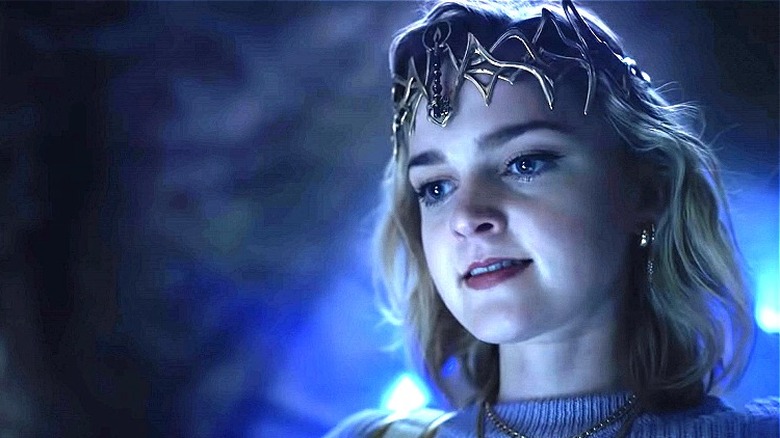 We also found out at the end of “Locke and Key” season 1 that the Lockes’ friend, Eden, got a “bullet” from one of those malevolent forces that came out of the Omega Door. This means that she’s now an evil entity similar to Dodge, though no one knows this yet. This trailer shot shows her wearing the Crown of Shadows, which (along with the Shadow Key) gives the wielder control over shadow creatures.

Eden, Gabe, And The Omega Door 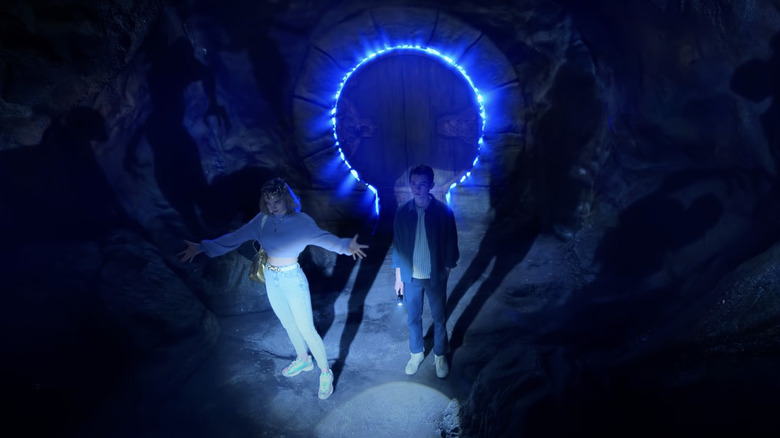 The teaser continues with more voiceover of Gabe saying he wants to finish what he started … which looks a lot like world domination. It seems he’ll make progress on that goal in season 2, as this image shows him and a similarly possessed Eden standing in front of the Omega Door while Eden raises up shadow creatures with the Shadow Key. 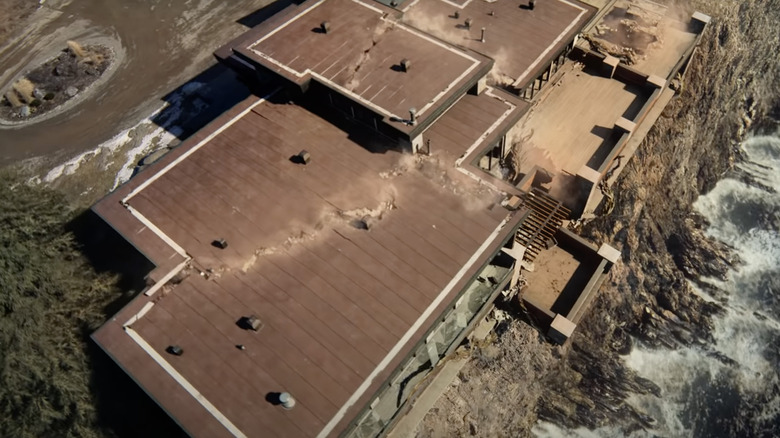 Fortunately, the Locke family look like they’re ready to fight. We get a quick shot of Tyler, Kinsey, their Uncle Duncan (Aaron Ashmore) and Kinsey’s high school friend Scot (Petrice Jones) preparing for action. This is followed by a bunch of quick cuts of a modern-looking building crumbling off an ocean cliff, young Bode picking up a sword, and the Lockes’ mother, Nina (Darby Stanchfield), looking properly terrified. 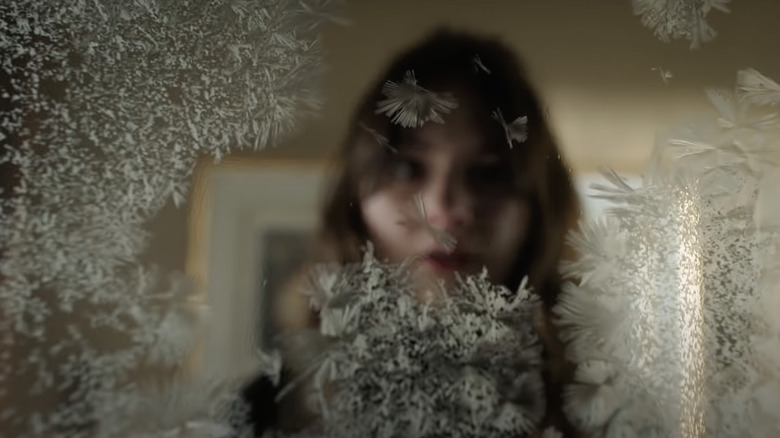 The “Locke and Key” season 2 trailer features an intriguing shot of a mirror that looks like it’s icing over in front of Kinsey. Is this the Mirror Key at work, potentially trapping Kinsey inside? Or is it something else?

A New Key To Bind Them All? 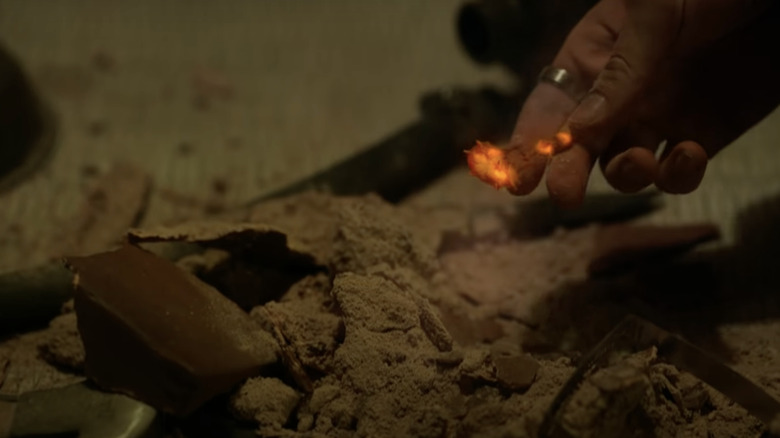 We then cut to Gabe wearing steampunk goggles and forging a new key. The key head looks like a skull-faced demon, and Gabe and Eden are shown looking at it ominously. What does this key do? Perhaps it’s the Key to Hell, which gives the wielder domain over Hell. Or maybe it’s a version of the Alpha Key — in the comics, that key separated kids from the demons possessing them, but perhaps the show is giving it slightly different powers. This is all speculation, of course — we don’t know yet what this key will do. But if this trailer is any indication, it’s safe to say that it means nothing good for the Lockes and the town of Matheson.

‘Coming Soon: 1999’s She’s All That Featured a Surprising Amount of Talent’

SKINWALKER: THE HOWL OF THE ROUGAROU Exclusive Clip: The Hitchhiker in White