The first episode of Marvel’s new series Loki arrives on Disney+ this Wednesday, and General Mills is celebrating with a surprising crossover with another magical character dressed in green. The classic Lucky Charms cereal is getting a Loki Charms variant in honor of the God of Mischief, and you can try to get your hands on a box featuring a cartoon Loki in place of that animated leprechaun. Check out the Loki Charms cereal and find out how you can get yours below. 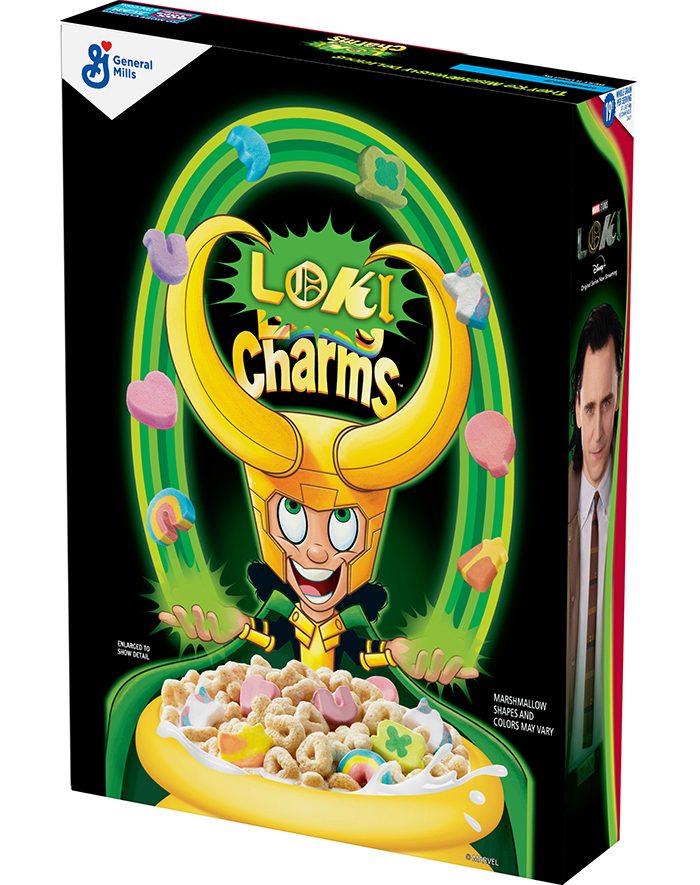 General Mills will be releasing 3,500 boxes of Loki Charms through MischievouslyDelicious.com starting at 11:00 A.M. ET on Wednesday, June 9. That’s the same day the first episode of Loki debuts on Disney+. However, this limited edition box will cost you a little more than your standard box of Lucky Charms. The limited edition Loki Charms cereal will cost you $8, but the good news is that price includes shipping.

You might have seen Loki Charms elsewhere, as it’s been imagined as a faux cereal in t-shirt artwork from companies like BoxLunch and TeeFury. But this is the first time an official crossover has been sanctioned by Marvel Studios and General Mills.

It’s going to be a mad dash to get your hands on this cereal, and technically, you’ll actually be going after 2,500 boxes of Loki Charms. That’s because, unbeknownst to us, last weekend offered a puzzle opportunity for 1,000 fans who cracked an encryption code and got an early access password to have a chance at buying a box a couple hours before they go on sale to the general public. If you don’t get a box of Loki Charms cereal, there’s always the secondary market, which will likely see a considerable mark-up.

These kind of limited edition releases can be tricky, and sometimes companies aren’t prepared for the mad rush. I hope General Mills knows how passionate Loki fans are and will be able to handle the traffic. Good luck! Or should we say, good Loki?

The post ‘Loki Charms’ Cereal Gives Lucky Charms a Marvel Makeover, and You Can Snag a Box appeared first on /Film.