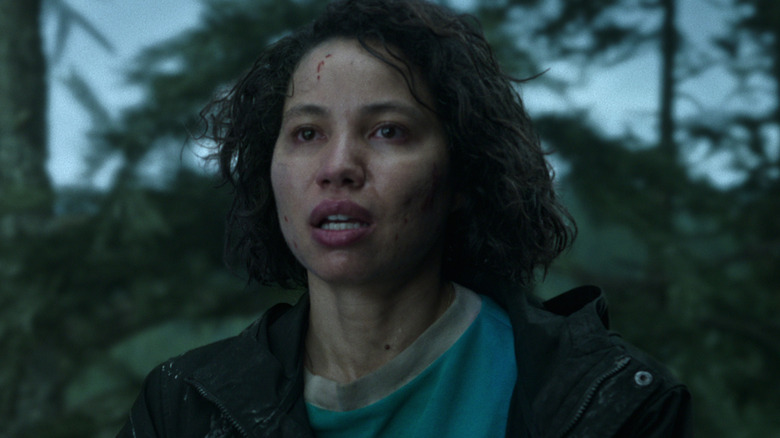 Hollywood history is replete with examples of characters whose past comes back to haunt them in one way or another: the return of an old nemesis, falling back into an old life, a character realizing their buried sins won’t remain that way. It’s a family of tropes that have fueled many an action-thriller from Darth Vader’s connection to Obi-Wan Kenobi to a number of James Bond and “Mission: Impossible” villains, and in “Lou,” these classic tropes once again find traction in a simple story that’s elevated by solid performances, but not quite enough to escape the limitations of well-tread territory.

“Lou” is interesting in a number of ways. Allison Janney really works in the kind of sort of stoic and mysterious role that’s typically reserved for Clint Eastwood or Liam Neeson of late, and it’s a nice change of pace. Also pleasant is the story’s grounding in real-world political situations that add a conceptual depth normally lacking in this sort of film. At its core, “Lou” is a story about sins coming back with a vengeance, and while that simplicity makes for a clean plot it also feels a little too easy, a bit too shallow, and barely developed outside the basics of its logline. What we’re left with is an uncomplicated outing that’s very watchable, marked by strong leads and little fluff. At the same time, you’d be hard-pressed to describe it to a friend in a way that sounds different from the myriad other similar films that have come before. 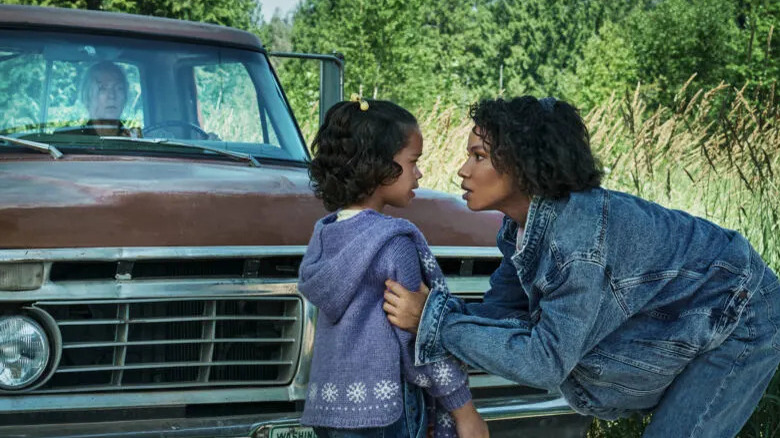 Lou is a mysterious woman who lives largely off the grid, save for her beloved aging canine companion. She hunts, keeps to herself, and also clearly has baggage, as evidenced by her behaving like someone who doesn’t want to live long. She has an antagonistic relationship with her sole known tenant, Hannah (Jurnee Smollett), a young single woman living with her daughter on the property Lou owns. From the outset, it’s clear that Hannah is a loving mother, her daughter Vee (Ridley Asha Bateman) is a sweet kid, and Hannah will do literally anything to avoid talking about Vee’s father. That’s a bad sign. When Hannah’s disgraced Green Beret-ex Phillip (Logan Marshall-Green) arrives and takes their daughter, it’s up to Hannah and Lou (aided by the latter’s Special Set of Skills) to rescue the child from the bad man’s clutches.

Lou as a character is a fairly transparent archetype. Still, Janney’s approach genuinely works. She’s a stern character with a darker-than-expected background that brings some deep and deadly personal ties and failings to the fore. It would still be nice for the audience to have a little more meat in the characterization beyond the functional. Lou is almost entirely functional and little else, like a birthday cake without frosting.

Smollett’s Hannah gets the lion’s share of the emotional weight, as a mother who has survived abuse only to be faced with the loss of her daughter. While Lou is clearly the heavy between the pair, the script (co-written by Maggie Cohn and Jack Stanley) makes the smart choice of letting her find her inner badass along the journey instead of hiding behind the “stoic hero.” The changes are subtle, but they’re welcome and give the performers a bit more novelty than one might expect.

Marshall-Green’s villainous Phillip is ably performed, with an interesting blend of evident sociopathy behind the manipulative facade of a loving father. Altogether it makes for a trio of performances that succeed where they need to, though all three characters remain somewhat underwritten in ways that belie the potential dramatic heft of their backstory. The characters seem a little perfunctory and thin, but the performers themselves elevate the film a few layers beyond its otherwise sparse scripting.

A Palatable But Too-Streamlined Action-Thriller 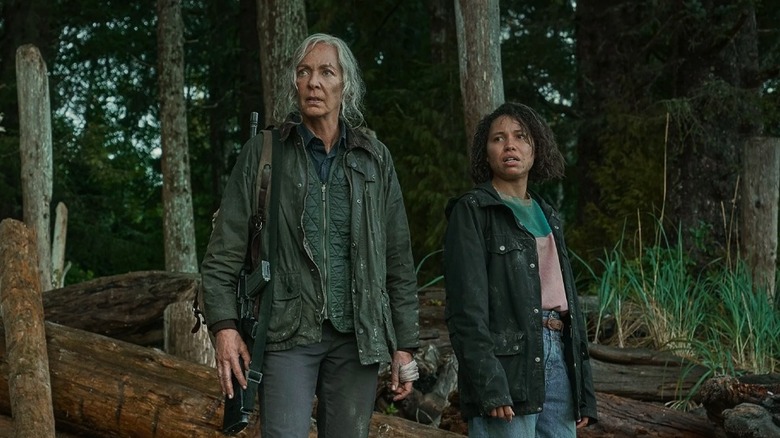 The script, as a whole, works, but just barely, with a set of events so streamlined they approach “Beast” territory. That certainly isn’t a bad thing, of course, but here it leaves very little room for surprise or novelty. When it does deviate from simplicity, as when we find out the surprising intersection of certain backstories, it feels like too big a swing taken too quickly. There are also easy ways to add layers to our experience of the story, but we don’t get to see them. It’s hard to discuss without spoiling major twists, but it would be nice to actually see some glimpses of events that are instead explicitly spelled out for the audience.

“Lou” avoids major pitfalls and plot holes, but it does so via simplicity that leaves little room for bells and whistles. The film’s biggest issue from a plot standpoint is a sudden character change from Lou, a pivot towards the end in which her care for Vee (which she had not shown prior) grows abruptly and from nowhere. It’s a nice evolution for her formerly static character, but it comes too suddenly to make sense for so bold a shift.Regarding the film’s more action-heavy elements, “Lou” treads more lightly than one might expect given the backgrounds of its central characters. What is there, however, works. One particular scene with Lou in a cabin with … shall we say, ruffians, gives Janney the opportunity to dispatch foes with a deadly roughness that belies her brutish efficiency as a combatant. The finale, in which all three major players get in the thick of the crisis, showcases Phillip’s ruthlessness, Lou’s ingenuity, and Hannah’s ability to dig deep for the strength to do some difficult things. It’s a smart choice to allow Smollett to get some badassery in since audiences already know she excels in it, and it moves her character arc towards a welcome resolution. These are high points in the film, and they work.

Altogether, “Lou” isn’t a bad film, it’s just so straightforward and archetypal that it falls short of its potential. What saves it from being forgettable are strong performances from its central players and Janney’s ability to land a different take on that archetype. There are smart choices here and characters with potential, but in the end, it’s an action-thriller that’s too thin to be anything other than “decent.”/Film Rating: 6 out of 10

The post Lou review: A well-trod action-thriller that neither flies nor fails appeared first on /Film.